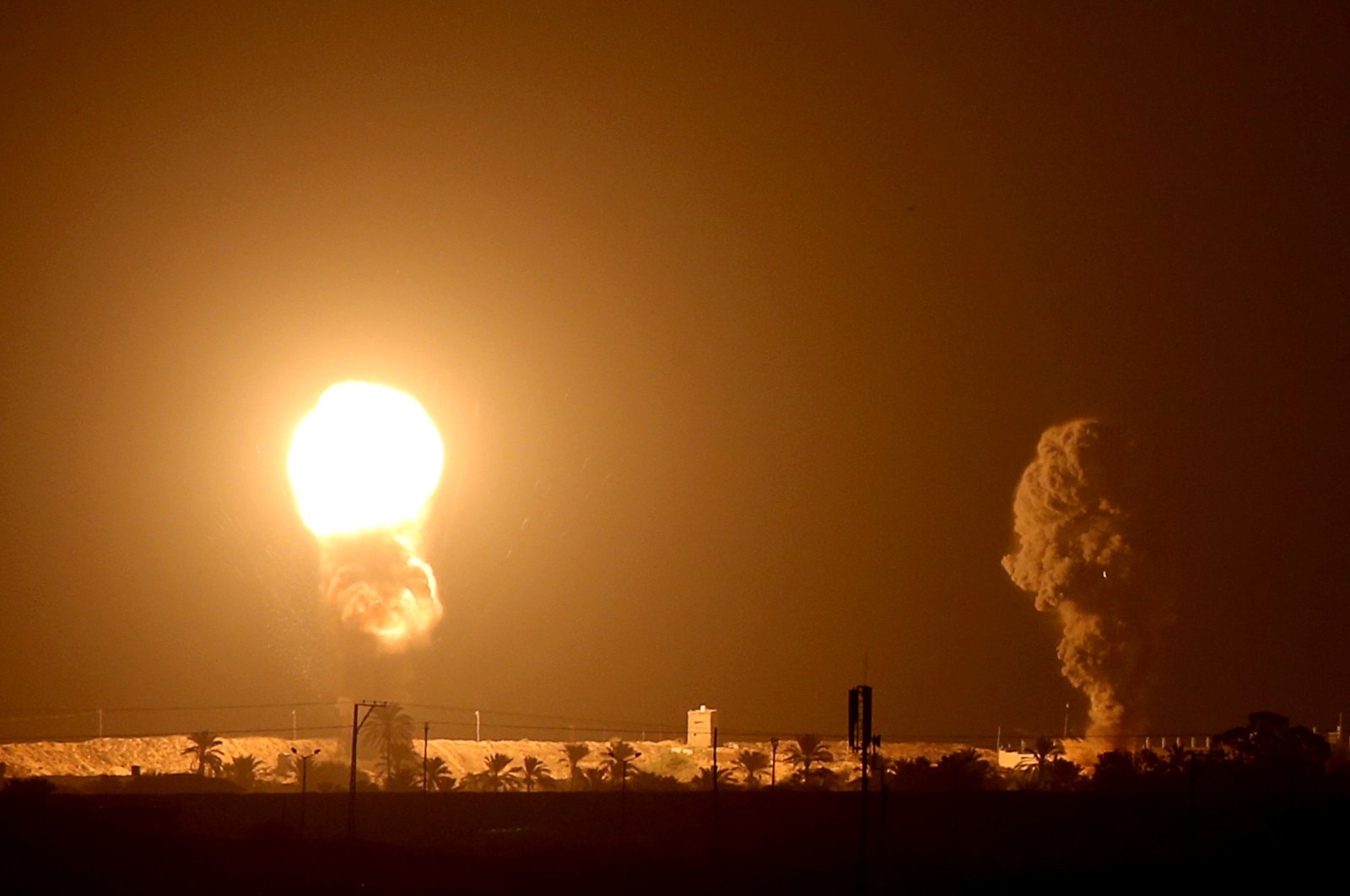 Israel started bombing the blockaded Gaza, coinciding with the signing of controversial normalization deals with the United Arab Emirates (UAE) and Bahrain in Washington, in another escalation of hostilities

Israeli forces on Wednesday resumed airstrikes against Hamas positions in the blockaded Gaza Strip following rocket fire from the Palestinian territory, in a renewed tension which could lead to a military escalation. The latest Gaza bombardment came as Israel, the United Arab Emirates (UAE) and Bahrain all three signed a document dubbed the “Abraham Accords” in Washington after the bilateral agreements. The renewed exchange offered a stark reminder that the White House ceremony in the U.S. would likely do little to change Israel's conflict with the Palestinians.

The Israeli airstrikes caused damage to property, Palestinian news agency (WAFA) reported. Israeli warplanes fired missiles at a site in Beit Lahiya in the northern strip. They also targeted areas in Deir al-Balah, a city in central Gaza, as well as parts of Khan Younis in southern Gaza. No casualties were reported.

Simmering Palestinian anger has flared further since Israel and the two Gulf Arab States agreed to normalize relations. The signing of the two agreements brokered by U.S. President Donald Trump prompted protest rallies across Palestinian territories. Clutching Palestinian flags and wearing blue face masks for protection against coronavirus, demonstrators rallied in the West Bank cities of Nablus, Hebron and Ramallah, home of the Palestinian Authority (PA). The deals broke with decades of Arab consensus that there would be no normalization of relations with Israel until it had made peace with the Palestinians and drew accusations of "betrayal" against the Western-backed Gulf states.

Trump said during the ceremony that the agreements "will serve as the foundation for a comprehensive peace across the entire region." "After decades of division and conflict we mark the dawn of a new Middle East," he said. Speaking later to reporters, he said Israel would enter into similar deals with up to nine other countries, including regional power Saudi Arabia.

Israeli Prime Minister Benjamin Netanyahu accused Hamas of seeking to stop the peace deals, Israel's first with an Arab country since 1994. But Gaza ruler Hamas warned Israel it faced an escalation if the bombing continued barely two weeks after a renewed Egyptian-brokered truce halted nearly nightly exchanges across the border through August.

"The occupation (Israel) will pay the price for any aggression against our people or resistance sites and the response will be direct," said the group, which rules Gaza. "We will increase and expand our response to the extent that the occupation persists in its aggression," the group added in a statement.

Last month, Israeli forces launched repeated airstrikes against Hamas positions in the blockaded Gaza Strip, in the most intense escalation of hostilities in recent months. At the end of the month, Hamas announced a fresh cease-fire with Israel after negotiations mediated by Qatar. Despite a truce last year backed by Egypt, the United Nations and Qatar, Hamas and Israel clash sporadically, with Palestinian incendiary balloons or rocket or mortar fire drawing retaliatory Israeli strikes, mostly targeting civilians.

Amid ongoing cross-border attacks, Israel shut down Gaza's lone power plant, less than a week after suspending fuel shipments to the Palestinian enclave amid a deepening humanitarian crisis. It has banned fishing off Gaza's coast and closed the Kerem Shalom goods crossing, punitive moves often used by the Jewish state in response to Gaza unrest.