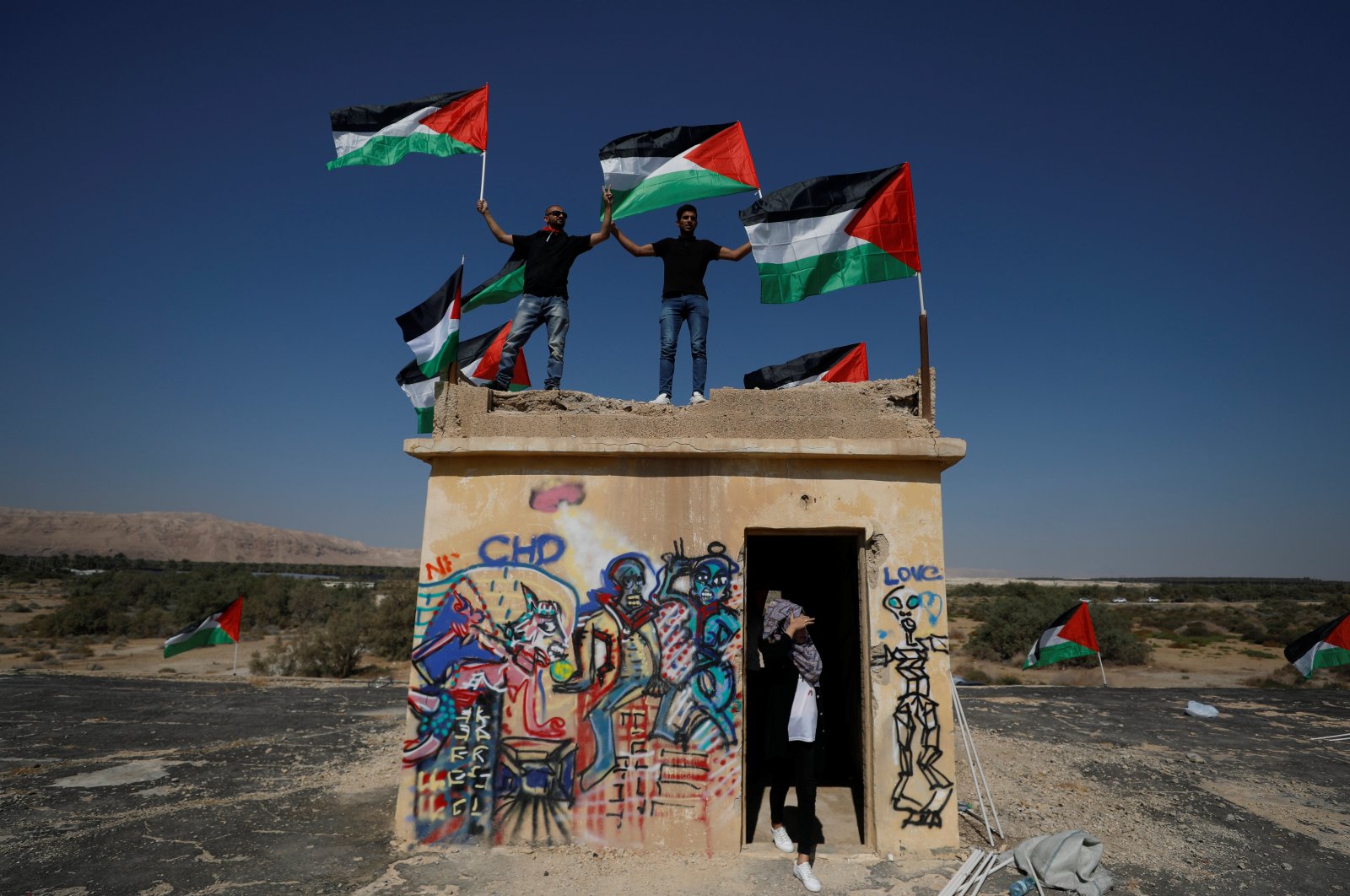 Demonstrators hold Palestinian flags during a protest against illegal settlements near the Dead Sea in the Israeli-occupied West Bank, Sept. 28, 2019. (Reuters Photo)
by Daily Sabah with AA Mar 24, 2020 4:19 pm
RECOMMENDED

Israeli authorities have intensified settlement construction in the region as "the beginning to implement annexation, theft and settlement plans," Saeb Erekat, the secretary-general of the Palestine Liberation Organization's (PLO) Executive Committee, said in a statement. He pointed out that some 55,000 Palestinians live on about 5% of the area, while 12,700 Israeli settlers control the rest of the land.

In 2019, Israel built four new settlements in the Jordan Valley, and 110 units have been added to the existing settlements, according to Erekat. "Israel steals 94% of Palestinian water in the region," he added.

The Jordan Valley comprises 25% of the West Bank. It is seen as the territory’s breadbasket and one of the few remaining open areas that could be developed by the Palestinians.

The international community considers all Israeli settlements in the occupied Palestinian territories illegal and a major obstacle to peace in the Middle East. The area, captured by Israel in 1967, is not sovereign Israeli territory and Palestinians living there are not Israeli citizens and do not have the right to vote. Israeli Prime Minister Benjamin Netanyahu has embarked on a settlement-building spree during U.S. President Donald Trump’s tenure and has promised to annex the strategic Jordan Valley. Since the unveiling of the unilateral Mideast initiative, Netanyahu has vowed to charge ahead with taking over the settlements.

In February, a U.S.-Israeli team began to develop a "precise map" of parts to annex in the West Bank. On Jan. 28, U.S. President Donald Trump unveiled his "deal of the century" in an effort to end one of the longest-running disputes in the Middle East. Under the plan, Trump proposed a patchwork Palestinian state boxed in by illegal Israeli settlements, as well as recognition of Israeli sovereignty over the West Bank and Jerusalem as Israel's "undivided capital." His plan unilaterally annuls previous U.N. resolutions on the Palestinian issue and suggests giving Israel almost everything it has demanded.