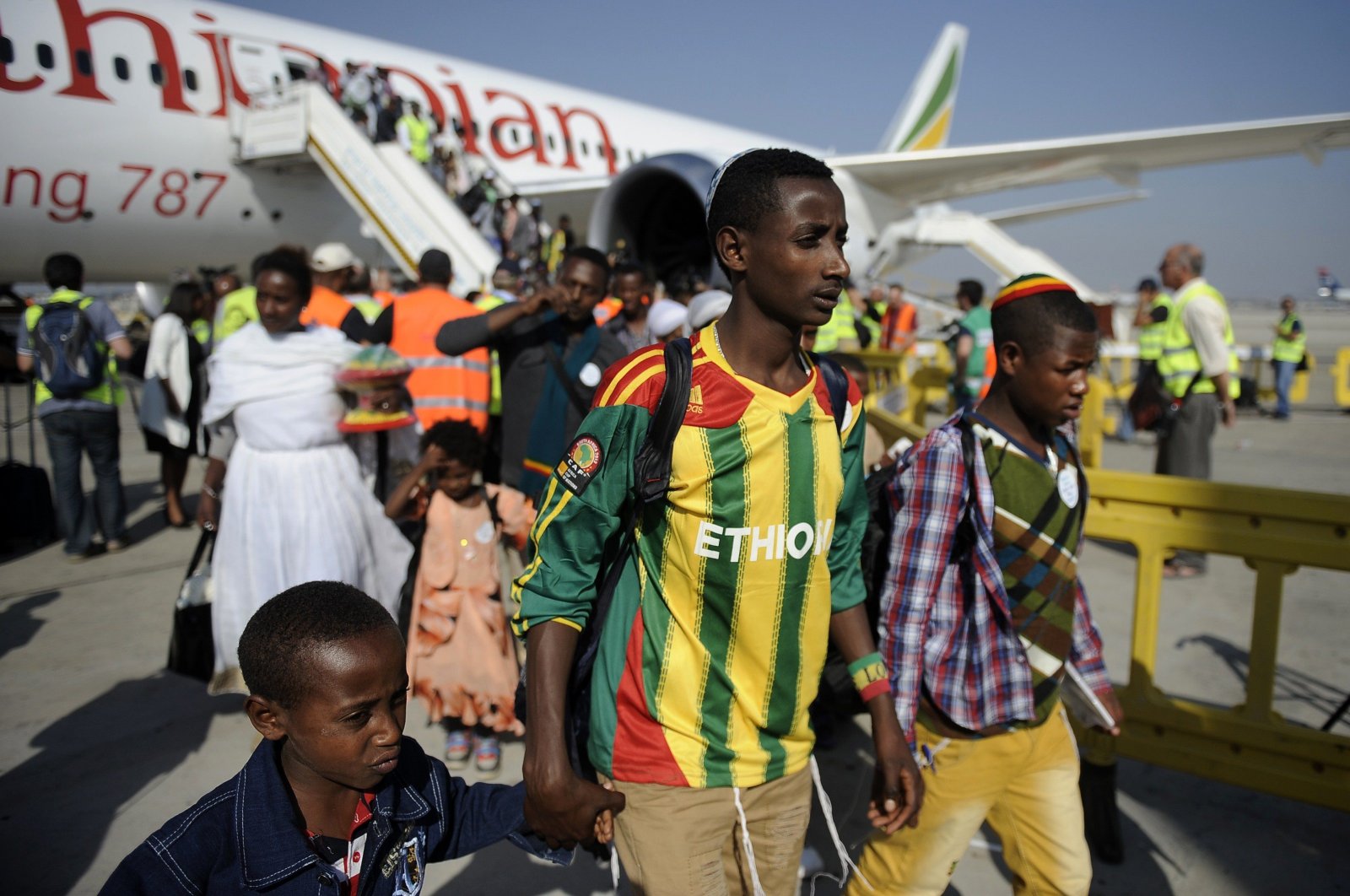 Newly-arrived Jewish immigrants coming from Ethiopia step off the plane upon their arrival at Ben Gurion International Airport on Aug. 28, 2013 near the Israeli costal city of Tel Aviv. (AFP Photo)
by Associated Press
Oct 10, 2020 11:53 am

Israeli Prime Minister Benjamin Netanyahu has told his Ethiopian counterpart that his country has the intention to “immediately” bring over some 2,000 Ethiopian Jews. The announcement came Friday after a phone call with Prime Minister Abiy Ahmed.

Netanyahu’s office said the decision comes “out of his commitment to the continued aliyah of Jews to Israel.”

Some 13,000 Ethiopian Jews are in the capital, Addis Ababa, as well as Gondar, most of them waiting to be taken to Israel.

Most live in dire conditions and have threatened to stage a hunger strike if they are not allowed to travel to their “homeland.” Many say they have family members who have settled in the Jewish state.

“Some 250 people have left for Israel within the past year until COVID-19 came. Now travel has stopped, but Israeli officials are conducting interviews online,” Nigusie Alemu Eyasu, program director for the Ethiopian Jewish Community, told The Associated Press (AP).

In 1991, while Ethiopia was in the midst of civil war, Israel carried out the dramatic Operation Solomon, airlifting out some 14,500 Ethiopian Jews out of the country in less than two days.

Ethiopian Jews are often referred to in Ethiopia as “Falashas,” a derogatory word that translates into “strangers” or “migrants.”