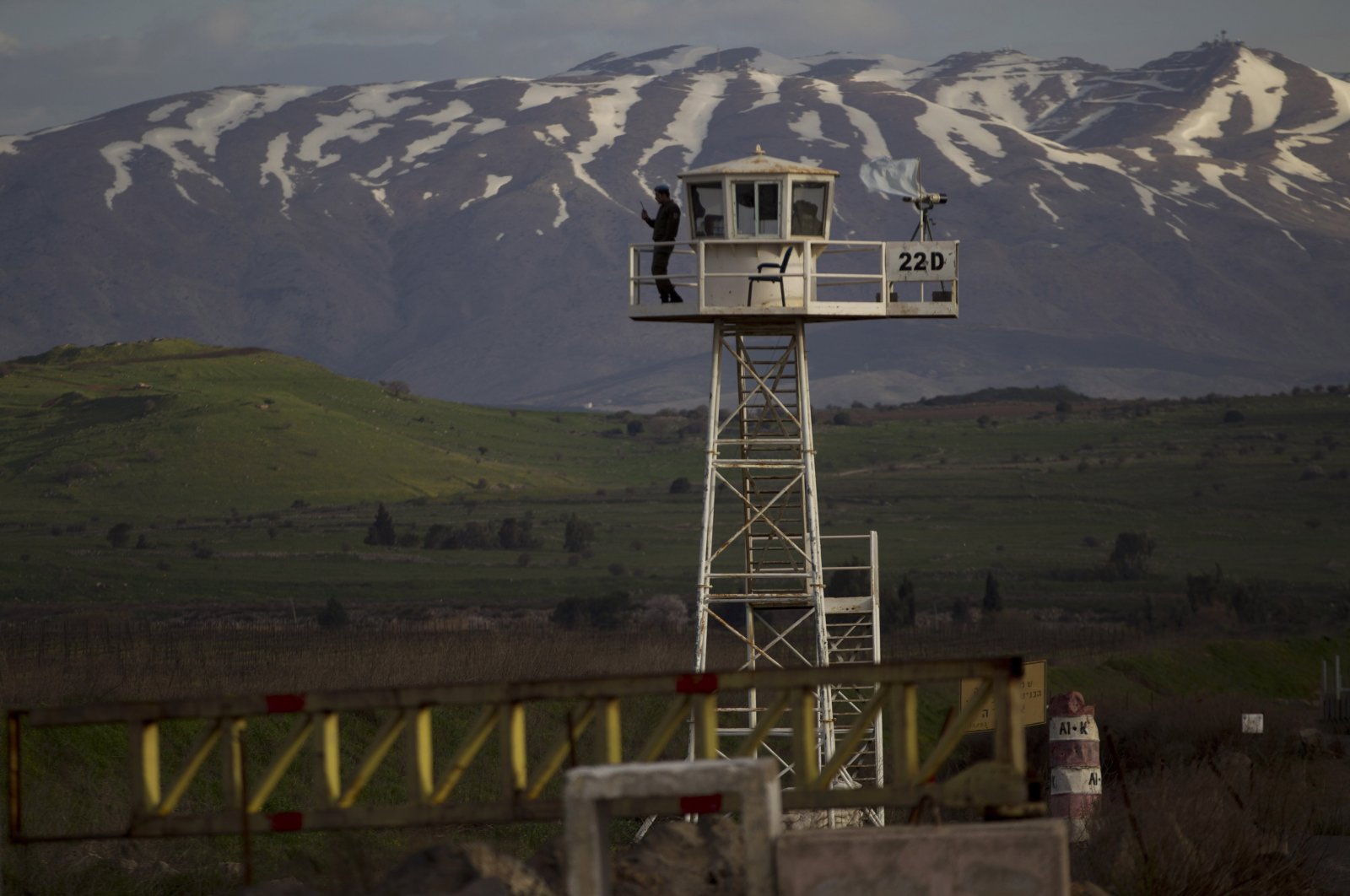 A U.N. peacekeeper stands guard on a watch tower at the Quneitra crossing between Syria and the Israeli-occupied Golan Heights, March 8, 2013. (AP Photo)
by Agencies Dec 25, 2020 10:40 am
RECOMMENDED

One also targeted a government-run research center, where surface-to-surface missiles are developed and stored, as reported by Agence France-Presse (AFP).

Iranian experts are believed to work in the research center. The research center in Masyaf has been hit several times by Israeli strikes in recent years, the observatory said. The Israeli military said it would not comment on reports in foreign media.

Israeli jets regularly violate Lebanese airspace and have often struck inside Syria from Lebanese territory. But the Christmas Eve flights were louder than usual, frightening residents of Beirut who have endured multiple crises in the past year, including the catastrophic Aug. 4 explosion at the city's port that killed over 200 people and destroyed parts of the capital.

That explosion resulted from the detonation of a stockpile of ammonium nitrates that was improperly stored at the facility. There was no immediate word from Israel on Friday's flights and alleged attacks on Syria.

Masyaf is a significant military area for Bashar Assad's regime that includes a military academy and a scientific research center. Israel has struck targets there several times in the past.

Western intelligence sources say Israel’s strikes on Syria are part of a shadow war approved by Washington and part of the anti-Iran policy that has undermined in the last two years Iran’s extensive military power without triggering a major increase in hostilities. In the past few years, Israel has acknowledged carrying out dozens of airstrikes in Syria since the start of the civil war in 2011.

Israeli defense officials have said in recent months that Israel would step up its campaign against Iran in Syria where, with the help of its proxy militias, Tehran has expanded its presence.