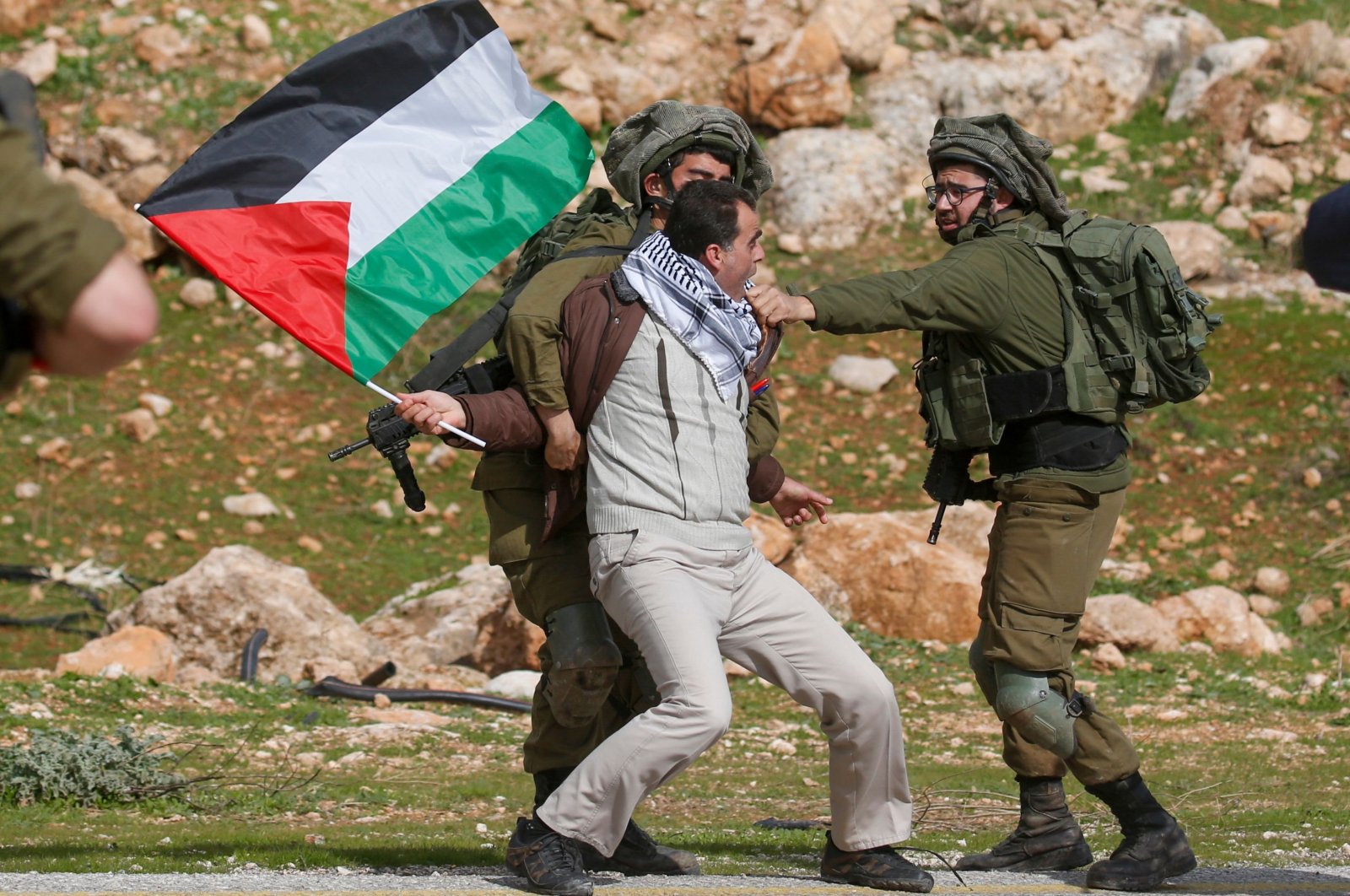 A Palestinian demonstrator is detained by Israeli soldiers during a demonstration near the West Bank village of Tubas, near the Jordan Valley, on Jan. 29, 2020. (AFP Photo)
by DAILY SABAH WITH AA Sep 08, 2020 12:43 pm
RECOMMENDED

The Israeli army detained 50 Palestinians, including two women, in overnight raids on Tuesday in the occupied West Bank. Amani Sarahneh, a spokesperson for the Palestinian Prisoners Club, told Anadolu Agency (AA) that the raids targeted Hebron province, where 50 citizens including two women were taken into custody. She emphasized that it was the largest detention campaign in the area this year.

According to Hamas leader Hassan Yousif, more than 40 group members were arrested during the raids. He said the arrests are part of "continuous attempts by the occupation to dissuade the movement from its role in the resistance against the occupation."

The Israeli army carries out frequent arrest campaigns across the West Bank – including in occupied east Jerusalem – on the pretext of searching for "wanted" Palestinians. They arrest Palestinians on a nearly daily basis, with some released after short investigations and others referred to Israeli courts. Several other reports released throughout the year have cast greater light on how problematic the arrests have become.

The situation’s gravity in the longer period was best demonstrated in a Middle East Monitor report of September 2018, in which it was found that the Israeli occupation forces had arrested 120,000 Palestinians since the Oslo Accords was signed by Palestinian Liberation Forces (PLO) and Israel in 1993.

About 2,000 women and more than 17,500 children have been detained since the Oslo Accords, according to the report. More than half of Palestinian deputies, a number of ministers, hundreds of academics and the staff of nongovernmental and international organizations have been arrested by Israeli forces over this period. Detentions take place under harsh conditions, the likes of which have led to the deaths of hundreds of Palestinians in Israeli prisons.