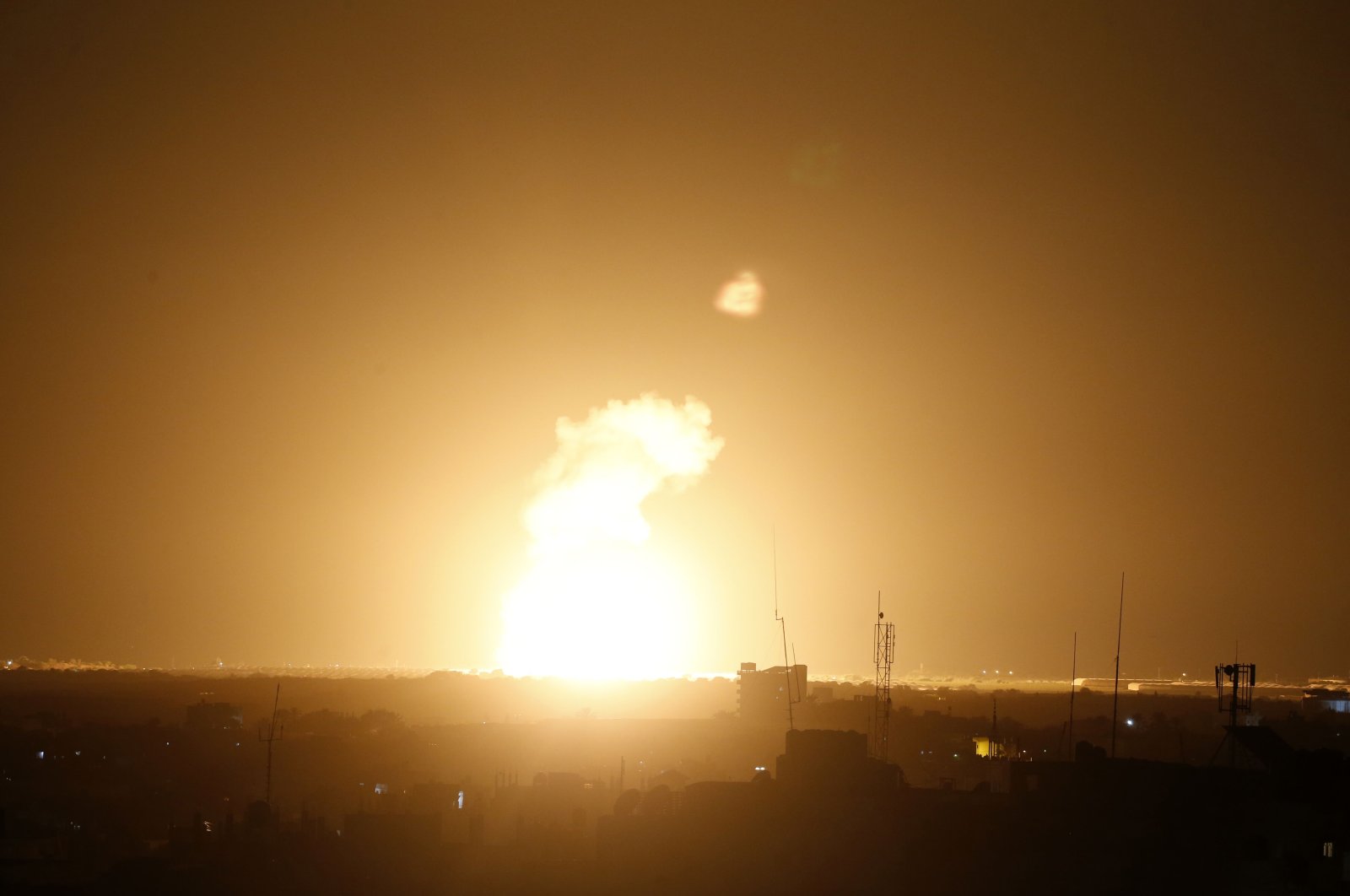 Israeli forces on Sunday resumed airstrikes on Hamas positions in the blockaded Gaza Strip, following rocket fire from the Palestinian territory, in a renewed tension that could lead to a military escalation.

Hamas spokesman Fawzi Barhoum blamed the new escalation on Israel. "The Israeli occupation is the prime responsible for everything that happens in Gaza as it continues to blockade it and carry out attacks. The resistance is only acting in self-defense," Barhoum told Reuters.

Hamas seized control of Gaza from the rival Palestinian movement Fatah in 2007 in a near civil war. Since then Hamas has fought three devastating wars with Israel in the coastal territory where about 2 million Palestinians live. Israel has since maintained a crippling blockade on the Gaza Strip, to isolate Hamas.

The latest reported fire from the Hamas-ruled Palestinian enclave came after two rockets were fired from the coastal strip into neighboring Israel in the early hours of last Sunday. There were no casualties or damage in that attack. Israel struck back with fighter planes, helicopters and tanks, hitting what the army said were Hamas targets. There was no claim of responsibility for the Nov. 15 rocket fire, but Israel routinely holds Islamist group Hamas responsible for all attacks originating from its territory.

In August, Israeli forces launched repeated airstrikes against Hamas positions in the blockaded Gaza Strip, in the most intense escalation of hostilities in recent months. At the end of the month, Hamas announced a fresh cease-fire with Israel after negotiations mediated by Qatar.

Amid ongoing cross-border attacks, Israel shut down Gaza's lone power plant, less than a week after suspending fuel shipments to the Palestinian enclave amid a deepening humanitarian crisis. It has banned fishing off Gaza's coast and closed the Kerem Shalom goods crossing, punitive moves often used by the Jewish state in response to Gaza unrest.