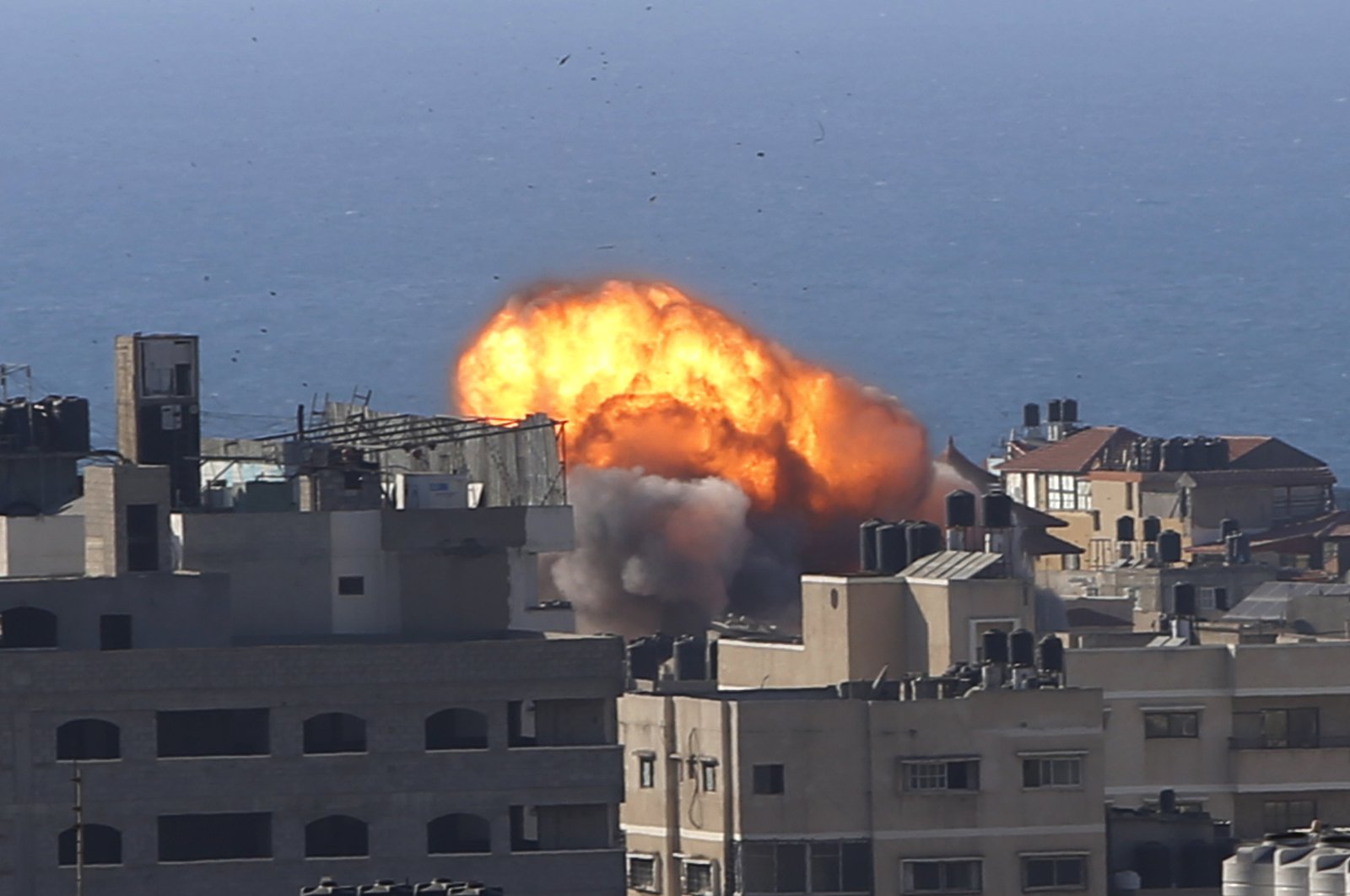 The United Nations said Friday it estimates around 10,000 Palestinians have had to leave their homes in Gaza "due to the ongoing hostilities" amid Israeli aggression that has left scores of civilians, including children, dead.

"They are sheltering in schools, mosques and other places during the global COVID-19 pandemic with limited access to water, food, hygiene and health services," the U.N. Office for the Coordination of Humanitarian Affairs said in a statement.

"Hospitals and access to water and sanitation services depend on electricity, the fuel for which will run out Sunday," it added.

The office said Israeli authorities and Palestinian groups must immediately allow the U.N. and its humanitarian partners to bring in fuel, food and medical supplies, and to deploy humanitarian personnel.

"All parties must always adhere to international humanitarian and human rights laws," it added.

The office reiterated the U.N. Secretary-General Antonio Guterres's call for an immediate de-escalation in Gaza and Israel.

At least 122 Palestinians, including 31 children and 20 women, have been killed, and 900 others injured in the ongoing Israeli offensive against Gaza. Israel continues to attack Gaza with heavy bombardment that has caused extensive damage to residential buildings across the enclave.

Tensions have been running high in the Sheikh Jarrah area in occupied East Jerusalem over the past month as Israeli settlers swarmed in following a court order for the eviction of Palestinian families in the area. Consequently, Palestinians have been protesting for the residents of Sheikh Jarrah who have been targeted and threatened with expulsion by Israeli forces.