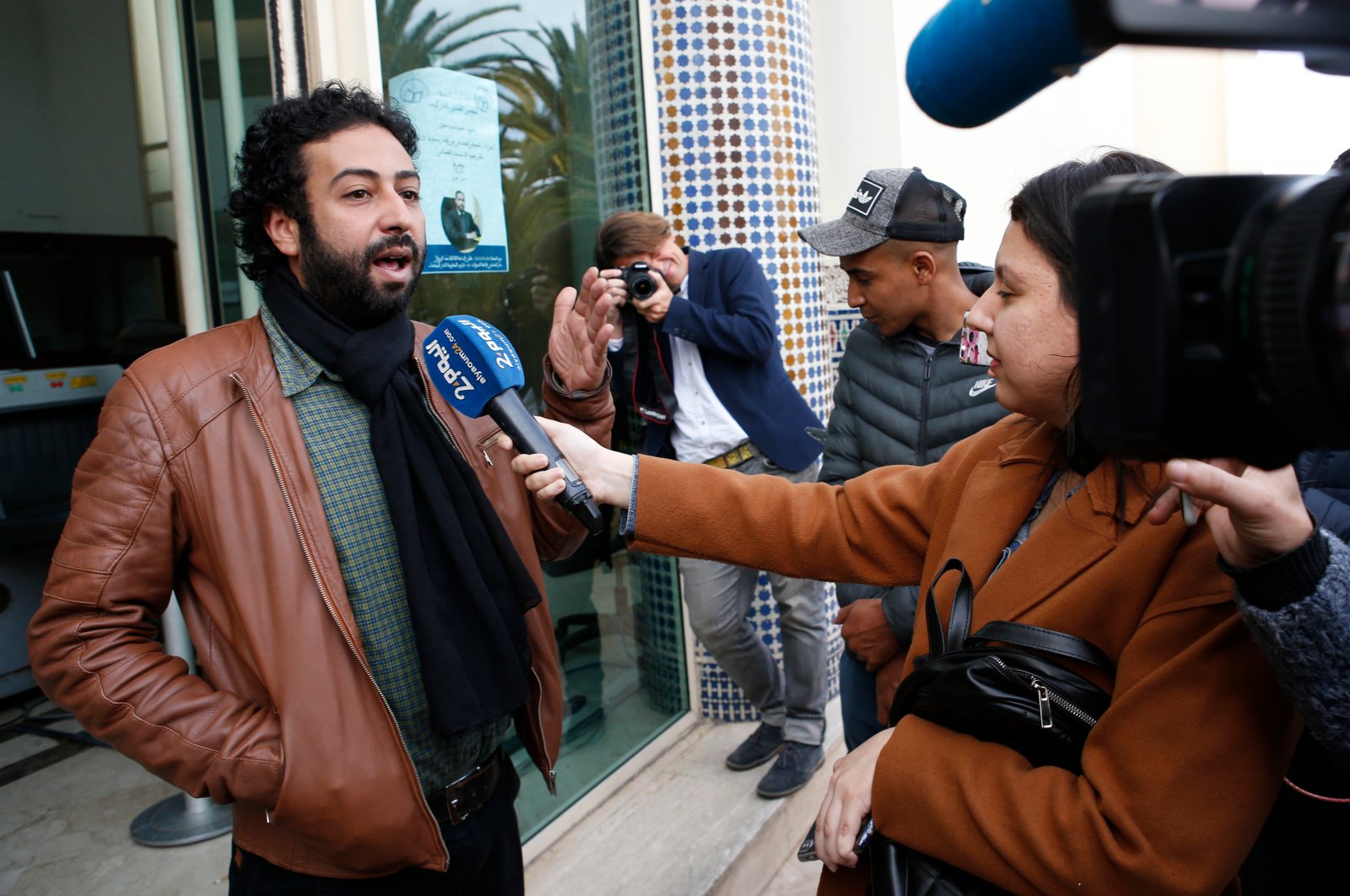 In this March 5, 2020 file photo, journalist and activist Omar Radi speaks after a hearing in Casablanca, Morocco. On Sunday, July 12, 2020, the Tel Aviv District Court rejected a request to strip the controversial Israeli spyware firm NSO Group of its export license over the suspected use of the company’s technology in targeting journalists, including Radi, and dissidents worldwide. (AP Photo)
by Associated Press Jul 13, 2020 4:32 pm
RECOMMENDED

An Israeli court has rejected a request to strip the controversial Israeli spyware firm NSO Group of its export license over the suspected use of the company's technology in targeting journalists and dissidents worldwide.

The case, brought by Amnesty International in January, called on the court to prevent NSO from selling its technology abroad, especially to repressive regimes.

The Tel Aviv District Court ruled that Amnesty’s attorneys did not provide sufficient evidence "to prove the claim that an attempt was made to track a human rights activist by trying to hack his cell phone" or that the hacking was done by NSO.

"Granting a license is done after the most rigorous process and also after granting the permit, the authority conducts oversight and close inspection, as necessary," the court said. If human rights are found to be violated, that permit can be suspended or canceled, it added.

The court issued its ruling on Sunday but only made it public on Monday.

NSO Group said in a statement that the company "will continue to work to provide technology to states and intelligence organizations, and that its purpose is to save human lives.”

In 2018, Amnesty claimed one of its employees was targeted by NSO's malware, saying a hacker tried to break into the staffer's smartphone, using a WhatsApp message about a protest in front of the Saudi Embassy in Washington as bait.

NSO, an Israeli hacker-for-hire company, uses its Pegasus spyware to take control of a phone, its cameras and microphones, and mine the user’s personal data.

The company has been accused of selling its surveillance software to repressive governments that use it against dissidents. It doesn't disclose clients, but they are believed to include Middle Eastern and Latin American states. The company says it sells its technology to Israeli-approved governments to help them combat criminals and terrorism.

In a report published last month, Amnesty International said Moroccan journalist Omar Radi’s phone was tapped using NSO’s technology as part of the government’s efforts to clamp down on dissent.

A Saudi dissident has accused NSO of involvement in Saudi journalist Jamal Khashoggi’s killing in 2018.