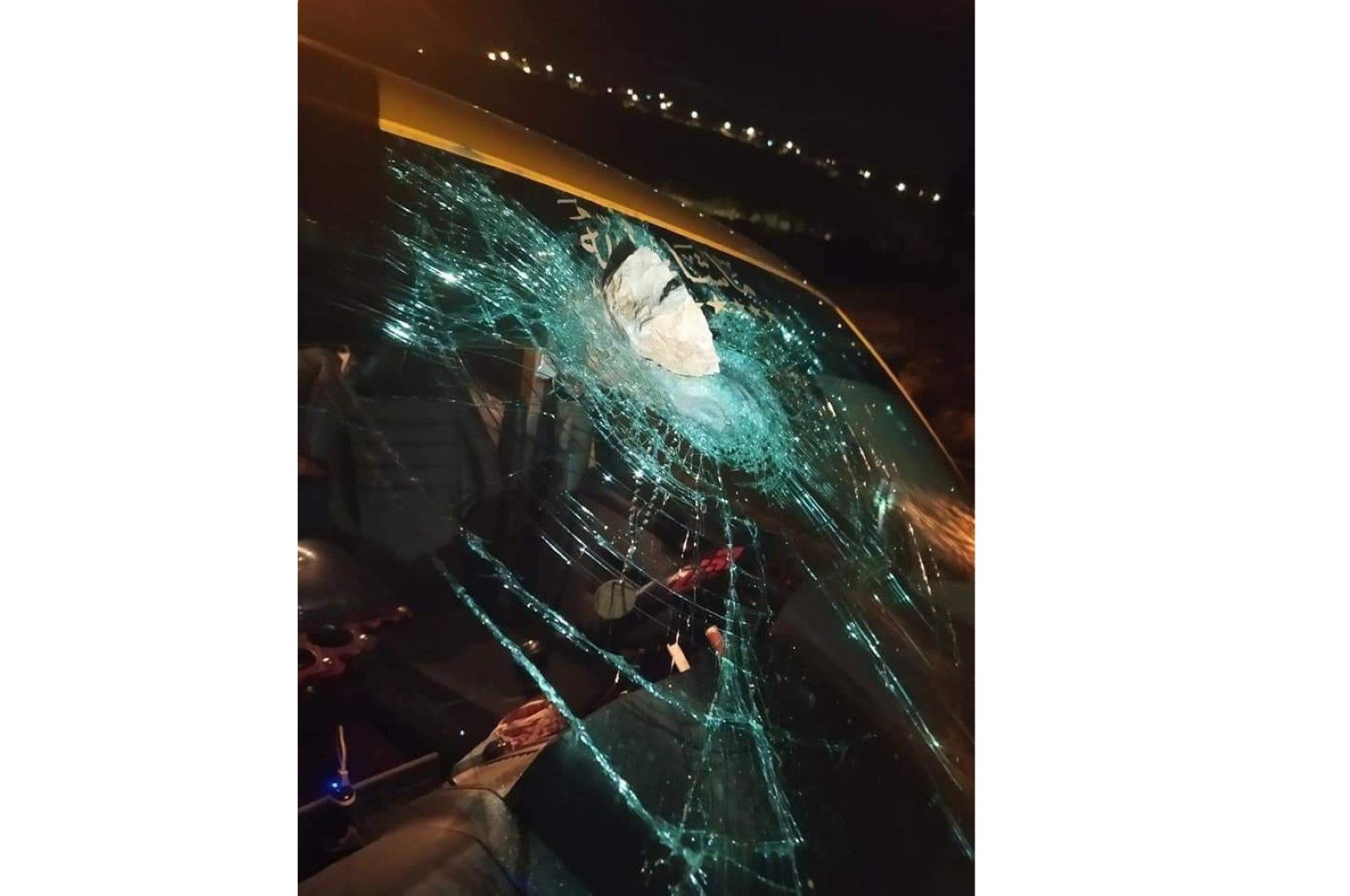 The vehicle carrying the pregnant woman and her relatives is seen damaged with a big stone thrown by the Jewish extremists in this photo taken in West Bank on Sept. 3, 2020. (Photo taken from Twitter / @lioramihai)
by DAILY SABAH Sep 04, 2020 9:23 pm

A Palestinian woman in her ninth month of pregnancy was injured late Thursday as a result of stones thrown by Israeli settlers, executive director of Israeli human rights watchdog Yesh Din Lior Amihai said in a tweet.

The woman came under attack while traveling on Highway 60, Amihai added.

“At least two other vehicles were damaged during the attack. The woman was hospitalized in Ramallah with a suspected fracture in her head and underwent a number of tests and stitches,” he said.

“Other people in the vehicle, her husband, mother-in-law and father-in-law suffered shrapnel wounds in various areas of their bodies,” Amihai stated.

The director also said that the group of attackers continued to throw stones at other Palestinian vehicles, and at least two more vehicles were damaged, citing evidence gathered by Yesh Din.

Palestinian towns and villages in the West Bank are frequently targeted by extremist Jewish settlers.

Around 650,000 Israelis currently live on more than 100 Jewish-only settlements built in the West Bank and East Jerusalem since Israel occupied both areas in 1967.

International law views the West Bank and East Jerusalem as "occupied territories" and considers all Jewish settlement-building activity there as illegal.

The Palestinians want both these territories – along with the Gaza Strip – for an independent state of Palestine.