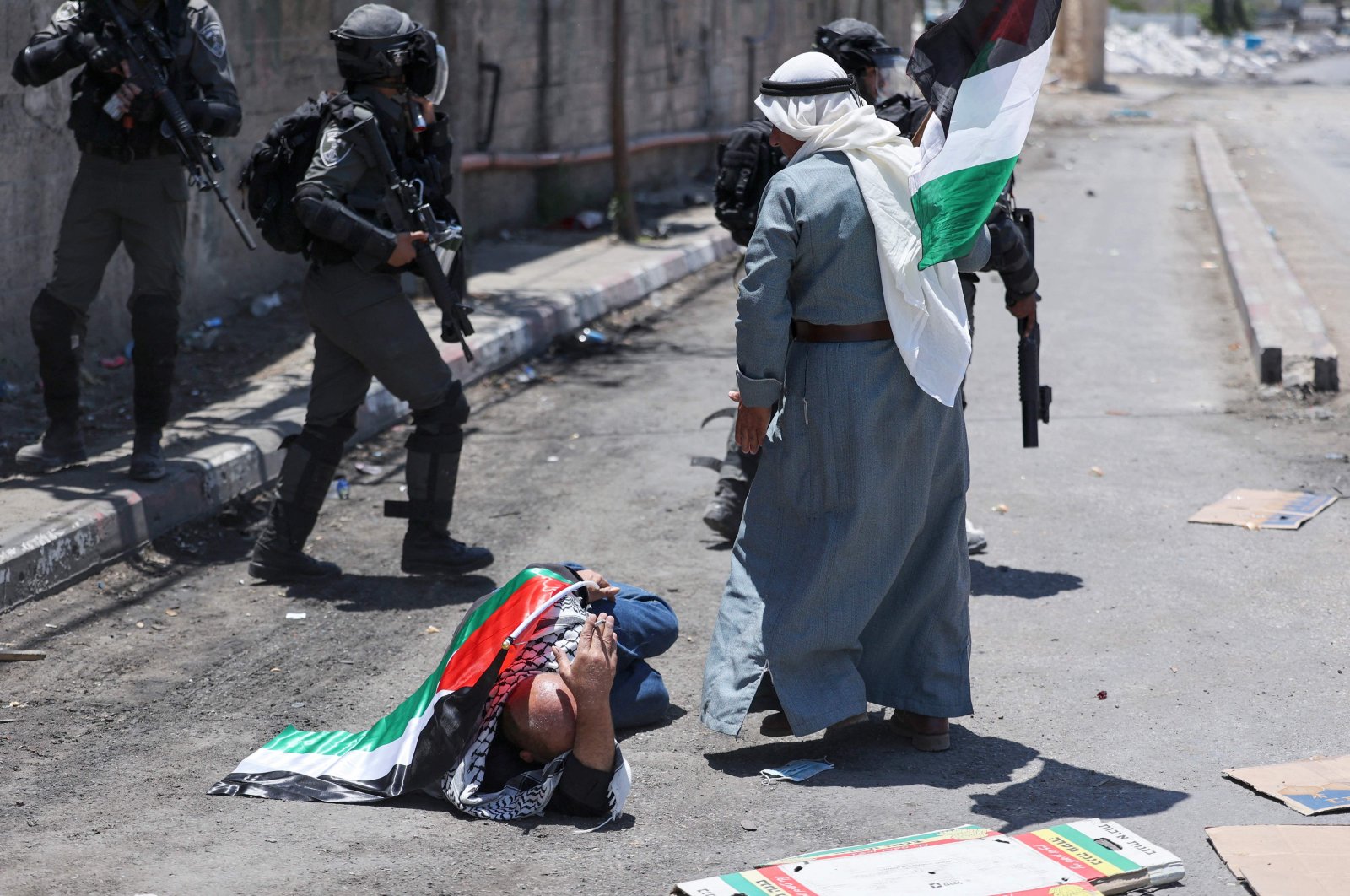 A Palestinian protester lies on the ground after being pushed by Israeli security forces amid clashes following a demonstration against Israeli settlements in the village of Beita, south of Nablus in the occupied West Bank, Palestine, June 18, 2021. (AFP Photo)
by Anadolu Agency Jun 18, 2021 5:36 pm

Israeli forces injured at least 47 Palestinians on Friday in the northern West Bank when they used tear gas and fired rubber bullets to disperse an anti-settlement rally.

According to a Palestinian Red Crescent Society statement, the injuries took place during clashes with Israeli forces in the town of Beita in the southern city of Nablus.

The statement said 42 Palestinians were suffocated as a result of gas inhalation and pepper spray, while five others were injured by rubber-coated bullets. It added that most of the cases were treated at a Red Crescent field hospital, with the exception of three who were taken to a hospital.

In recent weeks, four Palestinians were killed by Israeli forces in Beita during anti-settlement rallies. According to Israeli and Palestinian figures, around 650,000 Israeli settlers live in the occupied West Bank and East Jerusalem in 164 settlements and 116 settlement-outposts.

International law regards both the West Bank and East Jerusalem as occupied territories and considers all Jewish settlement-building activity there illegal.