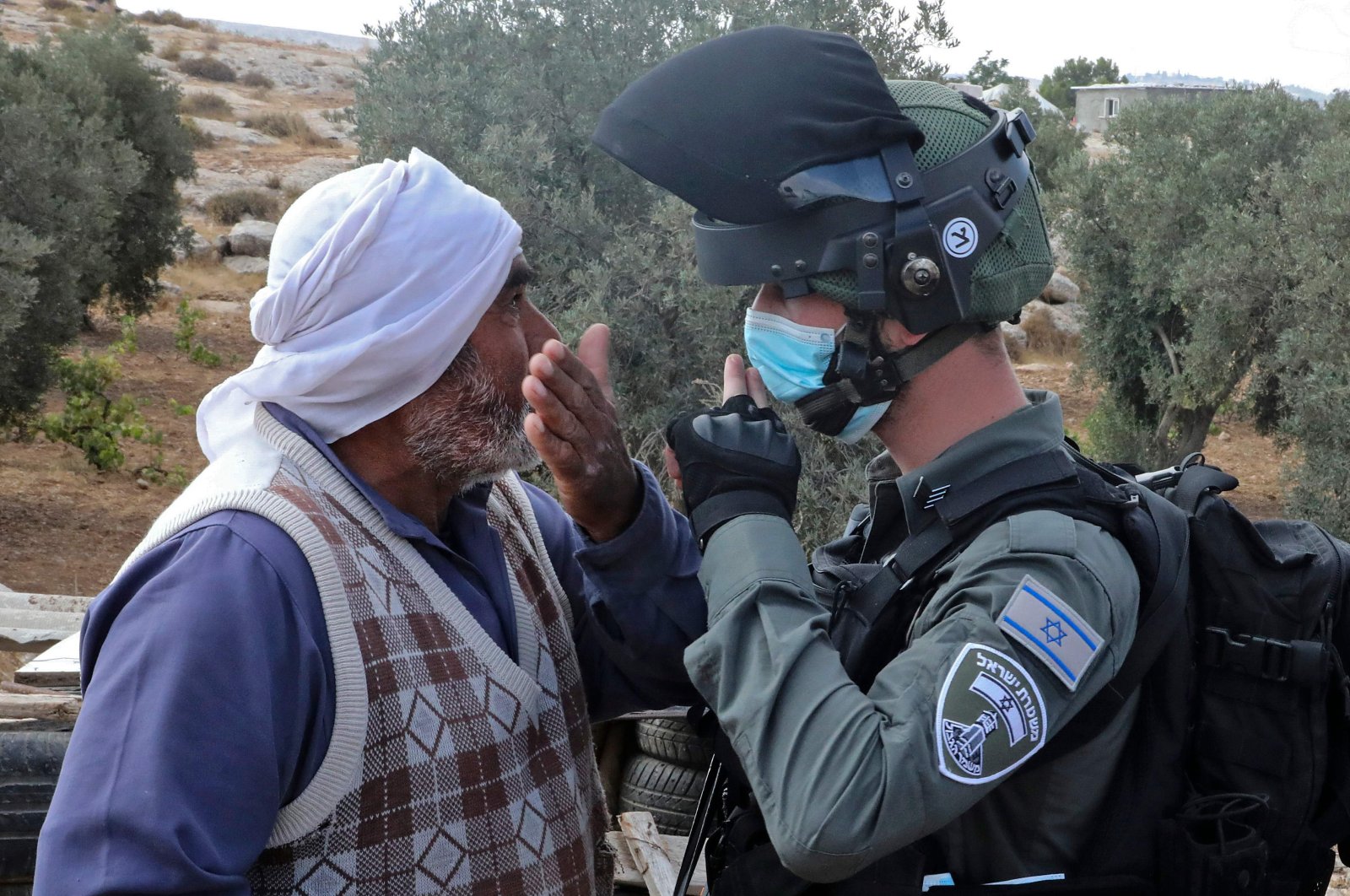 Protestors confront Israeli forces as a structure serving as a home to a Palestinian family is demolished in the village of Susya south Yatta in the southern West Bank, Aug. 11, 2020. (AFP Photo)
by Agencies Aug 17, 2020 3:32 pm

Police spokesman Micky Rosenfeld said the 60-year-old man was walking in an area of the Qalandia checkpoint between Jerusalem and Ramallah city. Rosenfeld said security guards called upon the man to stop but he continued to "approach them suspiciously" as he could not hear the order due to his disabilities.

They then opened fire toward his legs, moderately wounding him.

The incident comes less than three months after Israeli police shot and killed a 32-year-old Palestinian with severe autism. The man was chased by Israeli border police forces into a nook in Jerusalem’s Old City and fatally shot him as he cowered next to a garbage bin.

The shooting sparked great criticism and calls for police to amend their open fire guidelines to take into consideration those with disabilities.

"First they shoot and then they check," she said. "The shooting of an innocent deaf Palestinian is just another example of the ease in which Israeli security forces can harm human life."