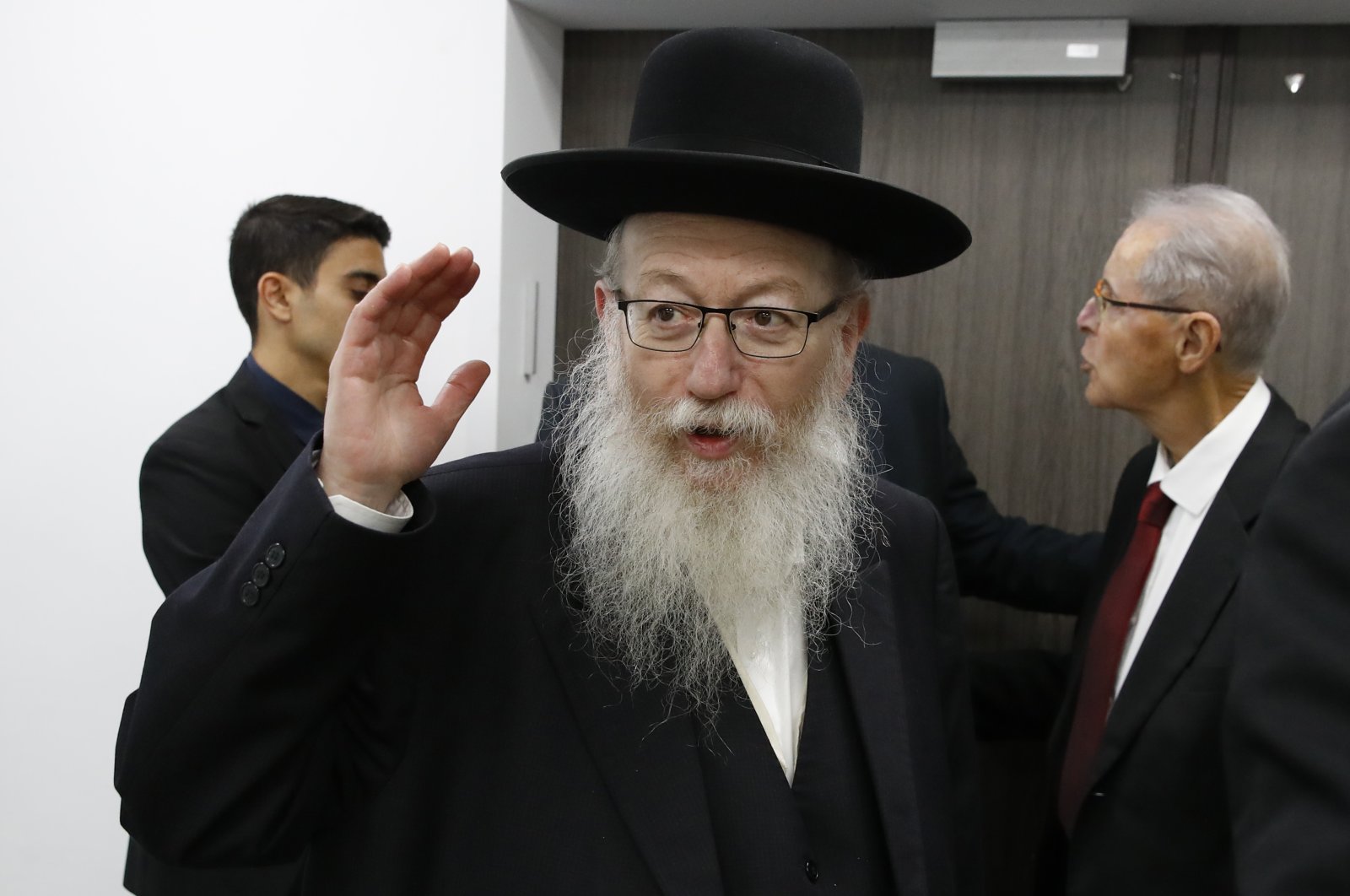 Israel's embattled health minister on Sunday said he would step down following a public uproar over his handling of the coronavirus crisis and his own COVID-19 infection.

Health Minister Yaakov Litzman informed Prime Minister Benjamin Netanyahu that he would step aside as the country forms a new government.

He made no mention of his much-criticized performance at the Health Ministry, which he has led for most of the past decade, and instead said he would take over the Construction Ministry.

In a statement, he said he “decided not to return to the Health Ministry for a fourth time, and prefers to lead a sweeping development for solving the housing crisis in Israel in the Housing Ministry.”

The virus has infected over 15,000 Israelis and killed nearly 200 people, but Israel has not seen its health system overwhelmed like hard-hit places such as Italy or New York.

Litzman, an ultra-Orthodox politician with no formal medical training, has come under criticism for appearing ill-prepared at news conferences and reportedly resisting proposals to tighten lockdown measures that would affect the country's religious community. Early this month, Litzman was diagnosed with COVID-19, apparently after ignoring his own ministry's orders to avoid group prayer in public places. He has since recovered.

With the crisis appearing to be in check, the government announced new easing measures Sunday.

Barbershops, beauty salons and other small businesses reopened, and restaurants were permitted to serve takeout orders for the first time in nearly two months. Last week, some shops were allowed to open as well. Malls and outdoor markets, however, remain closed out of concern of a renewed outbreak of the disease.

The restrictions on the operation of many small businesses has helped propel unemployment in Israel to over 25% since the beginning of March.

Merchants at Jerusalem's large central Mahane Yehuda outdoor market protested its continued closure while many other businesses, including furniture giant IKEA, were allowed to reopen.

The Hebrew business paper The Marker reported that the owners of IKEA’s Israeli franchisee have donated at least $1.3 million in recent years to the ultra-Orthodox organization that Litzman belongs to.

Litzman denied any connection between IKEA Israel and ultra-Orthodox officials and the government's decision to permit the Swedish furniture chain to open its four locations in Israel.

Despite the easing of restrictions, the government has approved a nationwide lockdown that will close military cemeteries on Memorial Day on Tuesday and cancel public celebrations for Wednesday's Independence Day.