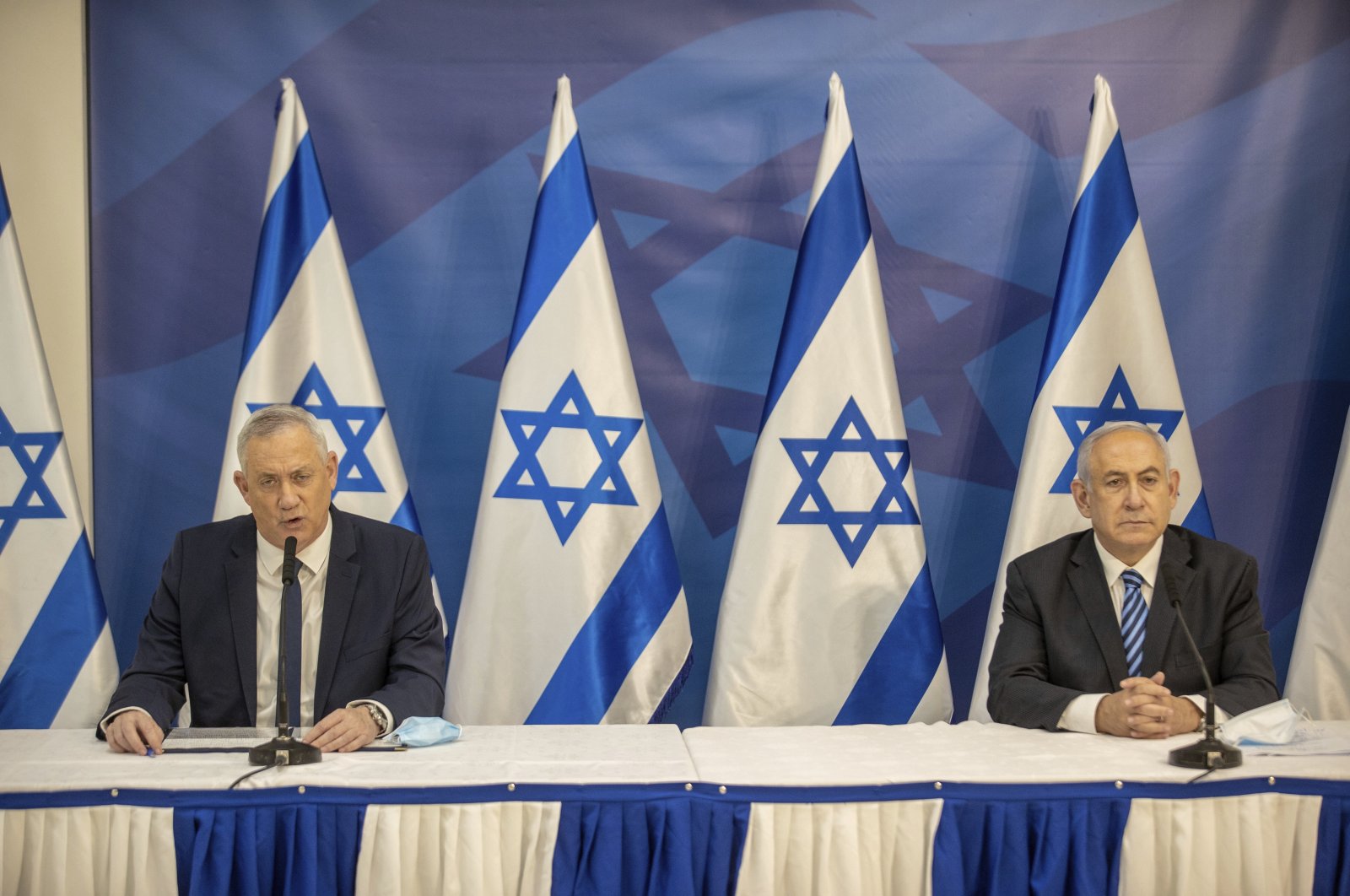 Israeli Prime Minister Benjamin Netanyahu announced Sunday that he had accepted a proposal to extend budget negotiations, preventing the government from collapsing and plunging the country into a new election.

In a nationally televised address, Netanyahu said that now was not the time to drag the country into a fourth parliamentary elections in less than two years.

"Now is the time for unity. Not for elections,” he said.

Netanyahu and his rival and coalition partner, Benny Gantz, had faced a Monday night deadline to agree on a budget. Otherwise, the government would have collapsed and automatically triggered a new vote.

Netanyahu said that following a historic agreement to establish official relations with the United Arab Emirates, and with the country struggling with a coronavirus outbreak, he felt it was wrong to to go to elections.

He said he accepted a compromise that would give the sides an additional 100 days to reach a budget deal, and in the meantime direct spending to struggling areas of the economy and society.

His announcement came after Israeli lawmakers spent much of the day unsuccessfully trying to agree on a compromise.

The current political crisis pitting the prime minister against rival-turned-partner Gantz is ostensibly over the country’s national budget.

But the crisis has deeper roots in the troubled partnership between Netanyahu and Gantz, economic troubles stemming from the country's coronavirus outbreak and the prime minister's ongoing corruption trial. Critics accuse Netanyahu of using the budget battle to force a new election in hopes of securing a friendlier parliament that could help solve his legal troubles.

After three deadlocked elections, Netanyahu and Gantz reached a power-sharing agreement in April to form a government to address the virus crisis. As part of their coalition deal, Netanyahu's Likud party and Gantz's Blue and White agreed to pass a two-year budget.

But Netanyahu has insisted on passing a budget to cover only the remainder of 2020, saying it will provide immediate assistance to the economy. Gantz is adamant that the government honor its agreement and pass one for 2020 and 2021. Their disagreement has again brought the country to the brink of political meltdown.

The Knesset, or parliament, must pass the legislation in two rounds of voting in parliament before Monday night’s deadline.

But pushing back the deadline would only kick the budget crisis down the road. The two parties are at loggerheads over several key issues - including judicial appointments and the annexation of West Bank settlements - and the government has been beset by infighting. Gantz also complained that Netanyahu left him and Foreign Minister Gabi Ashkenazi in the dark about the deal announced earlier this month to normalize relations with the United Arab Emirates.

If the budget deadline is not deferred, and new elections are triggered, it would plunge the country into political chaos during a deep economic and public health crisis and while the prime minister is on trial for corruption.

Netanyahu is charged with fraud, breach of trust and accepting bribes in three separate cases. His criminal trial began in June, but he has refused to step down from office and denies any wrongdoing.

At the same time, Israel has recorded more than 100,000 confirmed coronavirus cases and more than 800 deaths. Unemployment remains over 20% despite the government's reopening of the economy in May, following a more than month-long lockdown.

Netanyahu has faced intense criticism over his government's handling of the crisis, and the largest sustained protests against his rule in nearly a decade. On Saturday, an estimated 10,000 people took part in a weekly protest outside the prime minister's official residence in Jerusalem, calling on Netanyahu to resign.

Nonetheless, recent polls indicate Netanyahu would score a sizable victory if snap elections were held. By dissolving the government, Netanyahu would avoid giving Gantz the premiership in November 2021 as required by the coalition agreement.

Netanyahu appears determined to remain prime minister - and therefore not legally obligated to resign while under indictment - through the duration of his trial, which is expected to last several years.