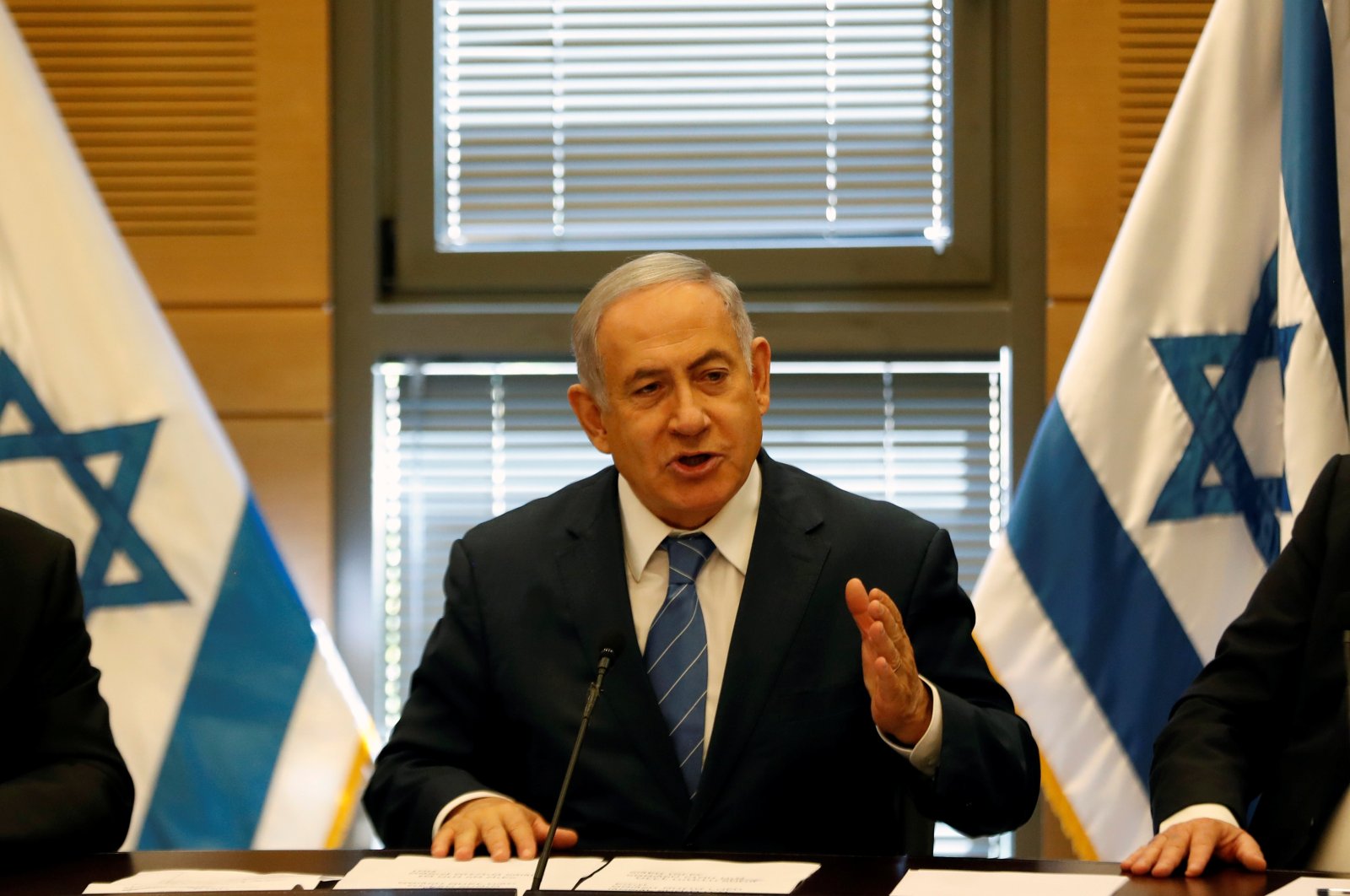 Israeli Prime Minister Benjamin Netanyahu delivers a statement to the media at the start of his Likud party faction meeting at the Knesset, Israel's parliament, in Jerusalem, Sept. 23, 2019. (Reuters Photo)
by DAILY SABAH Aug 12, 2020 3:39 pm
RECOMMENDED

Israeli Prime Minister Benjamin Netanyahu claimed Tuesday that the U.S. prevented him from carrying out his plans to annex large parts of the occupied West Bank.

“It was clear from the start that the application of sovereignty would be done only with agreement from the United States. Otherwise, I would have already done it a while ago,” Netanyahu said during his interview with Israeli TV Channel 20.

According to the Jerusalem Post, Netanyahu said that obviously “Trump is now busy with other things and this (annexation) is not on the top of his mind.”

Netanyahu's center-right coalition government had set July 1 as the date from which it could begin implementing U.S. President Donald Trump's Middle East peace proposal which paved the way for annexations of Jewish West Bank settlements and potentially the Jordan Valley.

The plan, unveiled in January, envisioned bringing some 30% of the territory under permanent Israeli control while giving the Palestinians limited autonomy in the remaining land.

Trump’s so-called Middle East peace plan was “postponed” after U.S. officials and Israel's coalition government could not reach an agreement on how and when the annexation efforts could begin.

“I hope that in the near future we will be able to advance recognition of the application of sovereignty as well as other diplomatic issues of importance to Israel,” Netanyahu said.

“I worked with Trump’s team on this plan for three years,” he said. “In my opinion, it is the only one that preserves Israel’s essential interests."

Netanyahu's references to annexation plans have sparked rumors that the country may be preparing for the fourth round of elections in 19 months. According to the Jerusalem Post, such a move "would make it impossible to formally apply sovereignty to the settlements" until at least December.

Israel annexed east Jerusalem following the 1967 Six-Day War and then the Golan Heights on the Syrian border in 1981, in moves never recognized by most of the international community.

The West Bank, including East Jerusalem, is seen as occupied territory under international law, thus making all Jewish settlements there – as well as the planned annexation – illegal. Palestinian officials threatened to abolish bilateral agreements with Israel if it goes ahead with the annexation, which would further undermine the two-state solution.

More than 450,000 Israelis live in settlements deemed illegal by international law in the occupied West Bank, which is home to 2.7 million Palestinians.