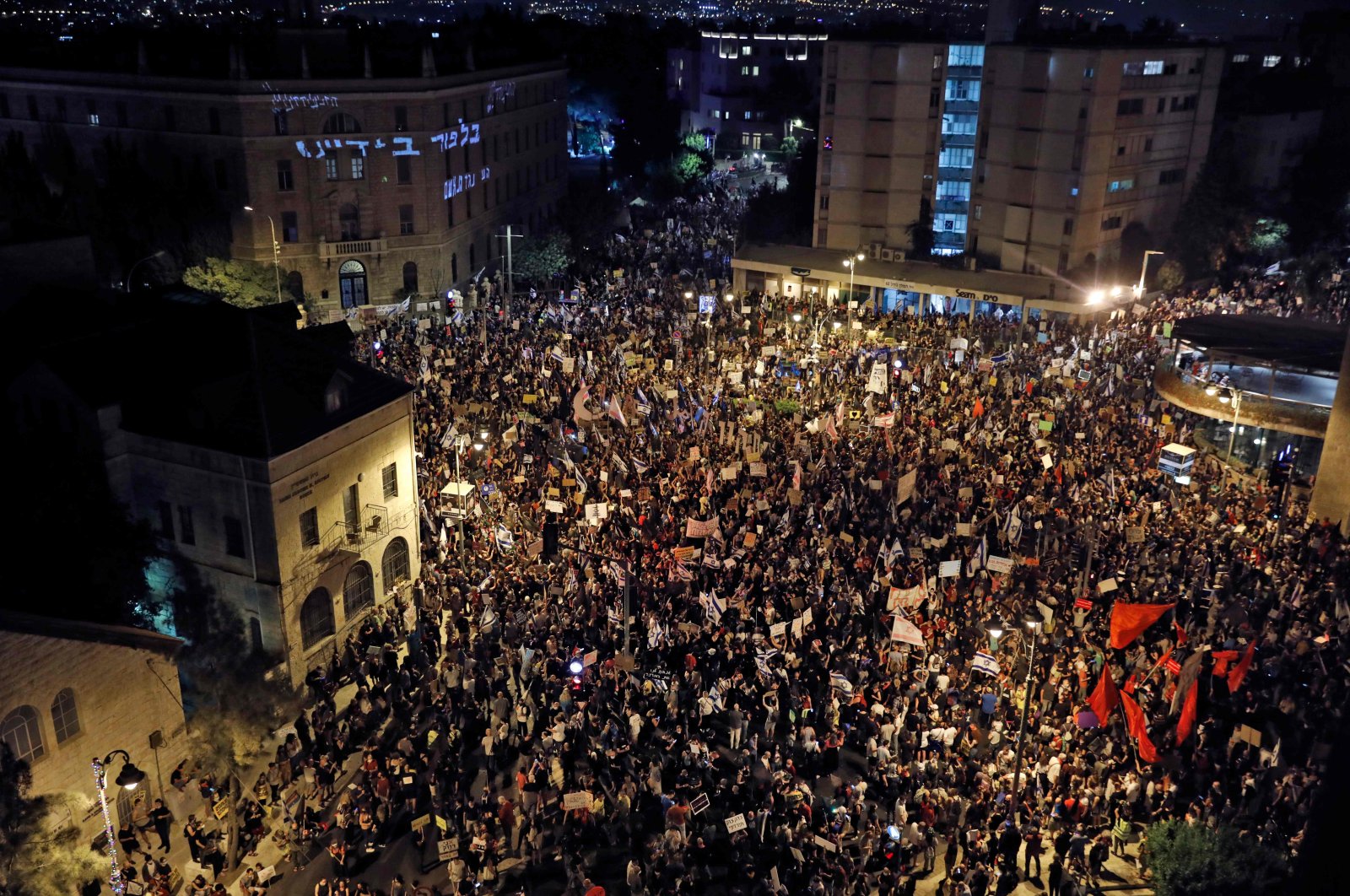 Israeli police arrested three protesters early Sunday after they refused to vacate a road, capping off another overnight with thousands of demonstrators outside Prime Minister Benjamin Netanyahu's Jerusalem residence.

Protesters are angry at what they call "mismanagement" of a second wave of coronavirus in Israel and have been joined by others demanding that Netanyahu step down while he stands trial on charges of corruption.

An estimated 15,000 marched in Jerusalem, while thousands more protested on dozens of bridges over the coastal road highway, on junctions, and outside Netanyahu's private villa north of Tel Aviv.

Several hundred ignored calls by police to vacate a road close to Netanyahu's residence and remained on the roads, some sitting.

Before dawn on Sunday, "police dispersed a number of protestors and arrested three people for public disturbances," a police spokesperson said.

The latest arrests and protests come amid rising tension in the unity Cabinet led by Netanyahu of the right-wing Likud party and Defense Minister Benny Gantz of the centrist Blue and White alliance. The two former archrivals formed the emergency government in May to combat the coronavirus health and economic crises.

Sunday's weekly Cabinet session was canceled, as Blue and White members accused Netanyahu of ignoring rules agreed to in their coalition deal and trying to win defections to Likud.

The sides are also arguing about the 2021 and 2022 budget. If the Cabinet does not approve a budget within a fortnight, a fourth parliamentary election in Israel within less than 20 months may become inevitable.