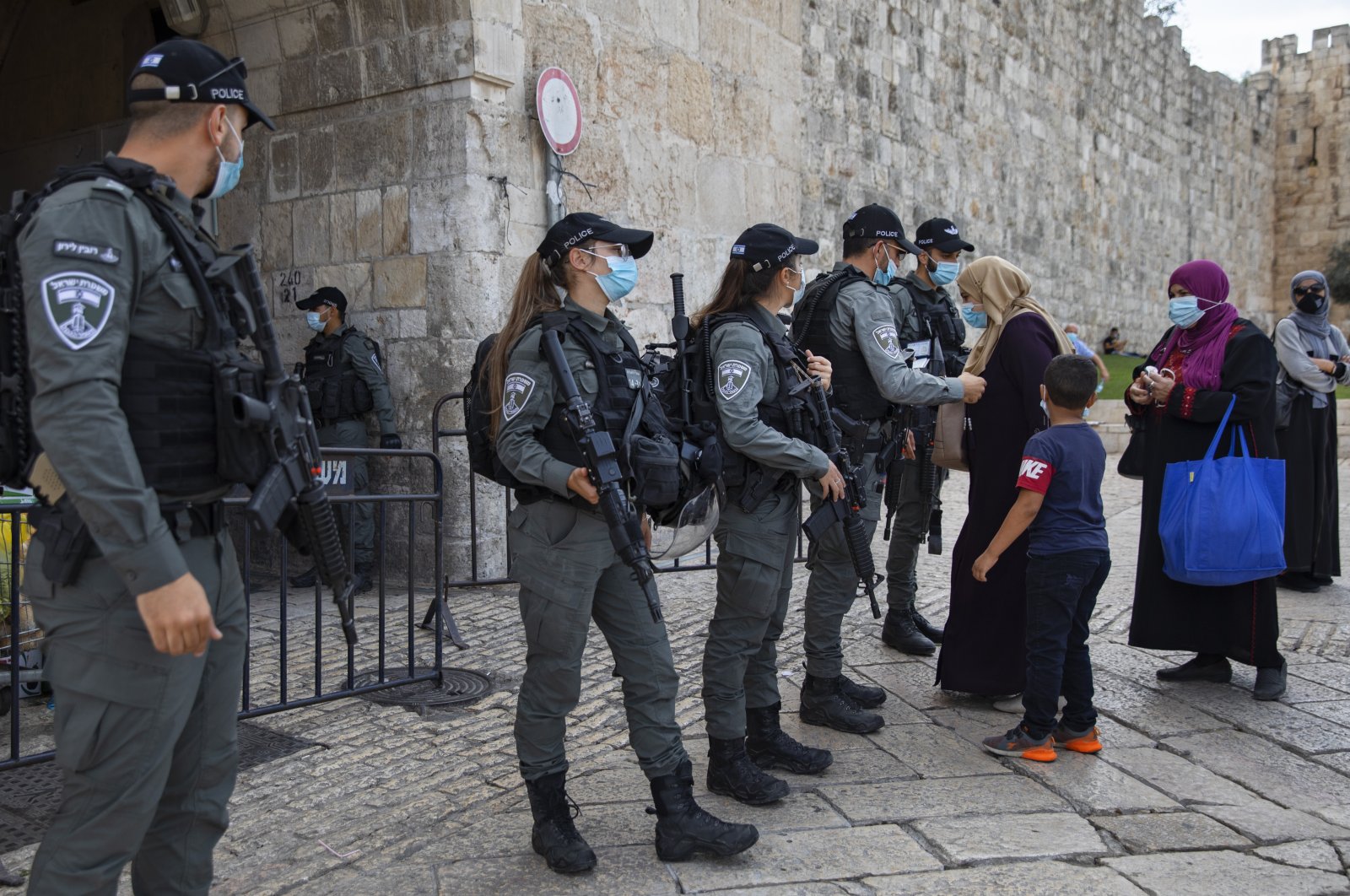 Israeli border police officers check identification cards of Palestinians as they make their way to the Al Aqsa Mosque compound to mark the birthday of the Prophet Mohammed, in Jerusalem's old city, Oct. 29, 2020. (AP Photo)
by Anadolu Agency
Oct 29, 2020 5:49 pm

The Israeli police on Thursday limited the entry of Palestinians to the Al-Aqsa Mosque by setting up checkpoints in Jerusalem's old city.

Since early morning, thousands of Palestinians gathered in the Al-Aqsa Mosque complex where the Jerusalem Islamic Waqf (religious endowments) organized a program to celebrate the anniversary of Prophet Muhammad's birth, known as Mawlid al-Nabawi.

Eyewitnesses told Anadolu Agency that the Israeli police prevented the Palestinians, including women and children, from the West Bank from entering the mosque.

During the celebration, Al-Aqsa Mosque Imam Sheikh Yousef Abu Sneina highlighted the life of Prophet Muhammad and his messages of tolerance and mercy to mankind.

Thousands of Palestinians performed their prayers in Al-Aqsa adhering to the social distancing rule and wearing masks.

The Prophet's birth celebrations this year coincide with protests across the Muslim world condemning the publications of offensive cartoons in France.