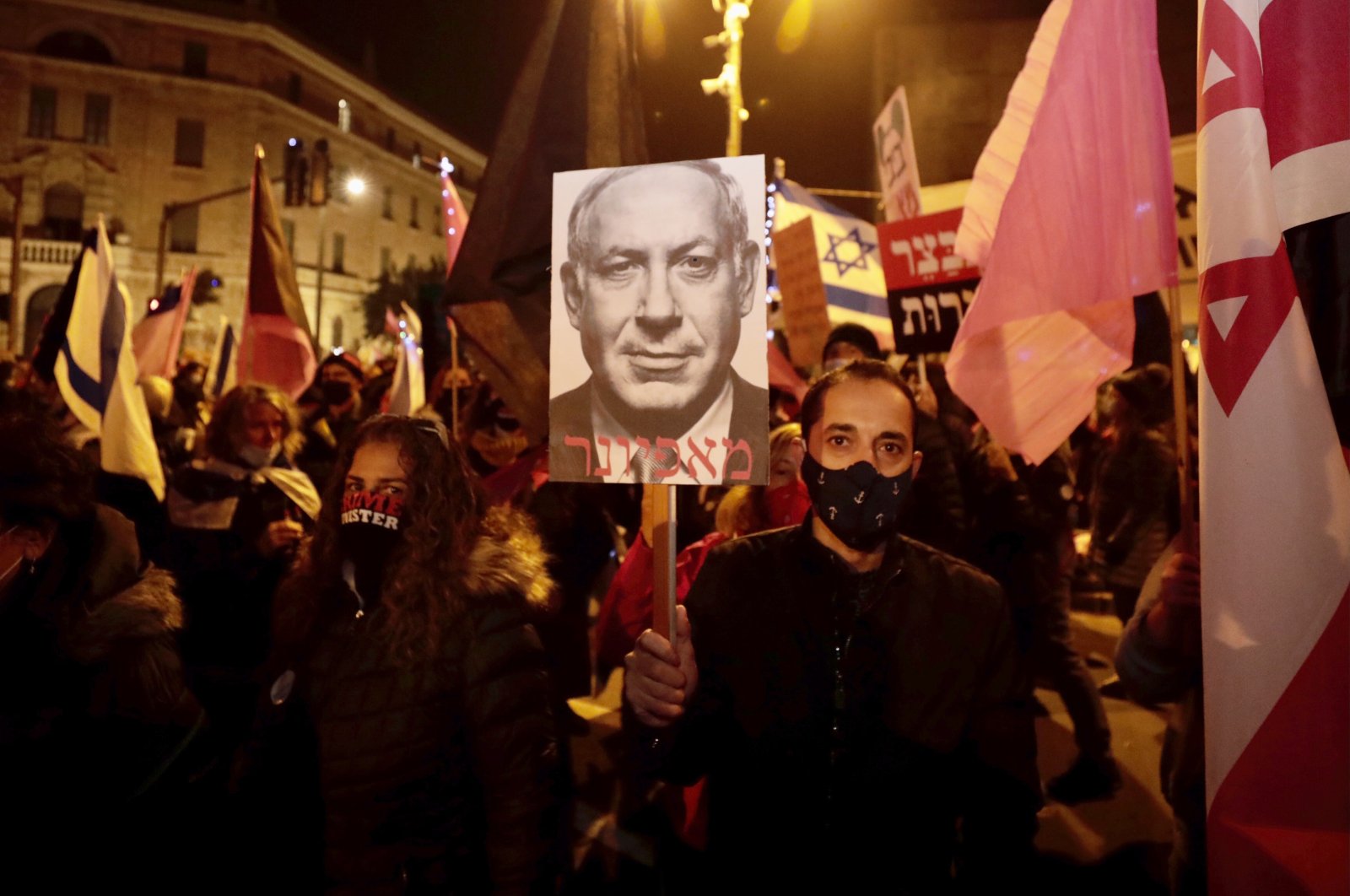 Hundreds of Israelis protested against Prime Minister Benjamin Netanyahu on Saturday, calling on the long-serving leader to resign just days after the country was plunged into a new national election.

The protesters have been gathering outside Netanyahu's Jerusalem residence for months, criticizing his handling of the coronavirus pandemic, claiming he cannot lead the country while under indictment in three separate corruption cases.

Netanyahu is charged with fraud, breach of trust and accepting bribes in a series of scandals in which he allegedly offered favors to powerful media figures in exchange for positive news coverage on him and his family.

Protesters held signs urging Netanyahu to "Go" while declaring "We won't stop protesting until you get out of our lives," according to The Associated Press (AP).

While turnout was lower than in previous demonstrations due to colder weather, the protesters have renewed motivation as it appears Israel is headed toward its fourth election in two years in March, in which Netanyahu faces new challenges from defectors from his conservative Likud Party.

The election will likely be another referendum on Netanyahu, Israel's longest-serving leader and also one of its most polarizing. It will come just after Netanyahu's trial enters its evidentiary stage, which will likely lodge the corruption charges against him firmly in the public discourse during what is expected to be a bitter, divisive campaign.

Saturday's protest came a day before Israel heads into its third national COVID-19 lockdown, with much of the economy again shutting down amid surging infection numbers. Critics say Netanyahu and his "emergency" government, set up in the spring specifically to deal with the virus, mishandled their response, bringing the country to another costly lockdown.

Israelis will be barred from traveling more than 1 kilometer (0.62 miles) from their homes and businesses will be closed except for deliveries. Exceptions will be made for those traveling for medical treatment, including vaccinations, and schools will remain partially open for some age groups, as reported by Agence France-Presse (AFP). In a population of nine million, Israel has now confirmed 398,015 COVID-19 cases, 3,203 of them fatal.

Netanyahu points to the country's current vaccination campaign, which has among the world's highest per capita inoculation numbers, as the country's way out of the worldwide health crisis. He was the first Israeli to receive a COVID-19 jab on Dec. 19, ahead of the launch on Monday of a nationwide inoculation program.