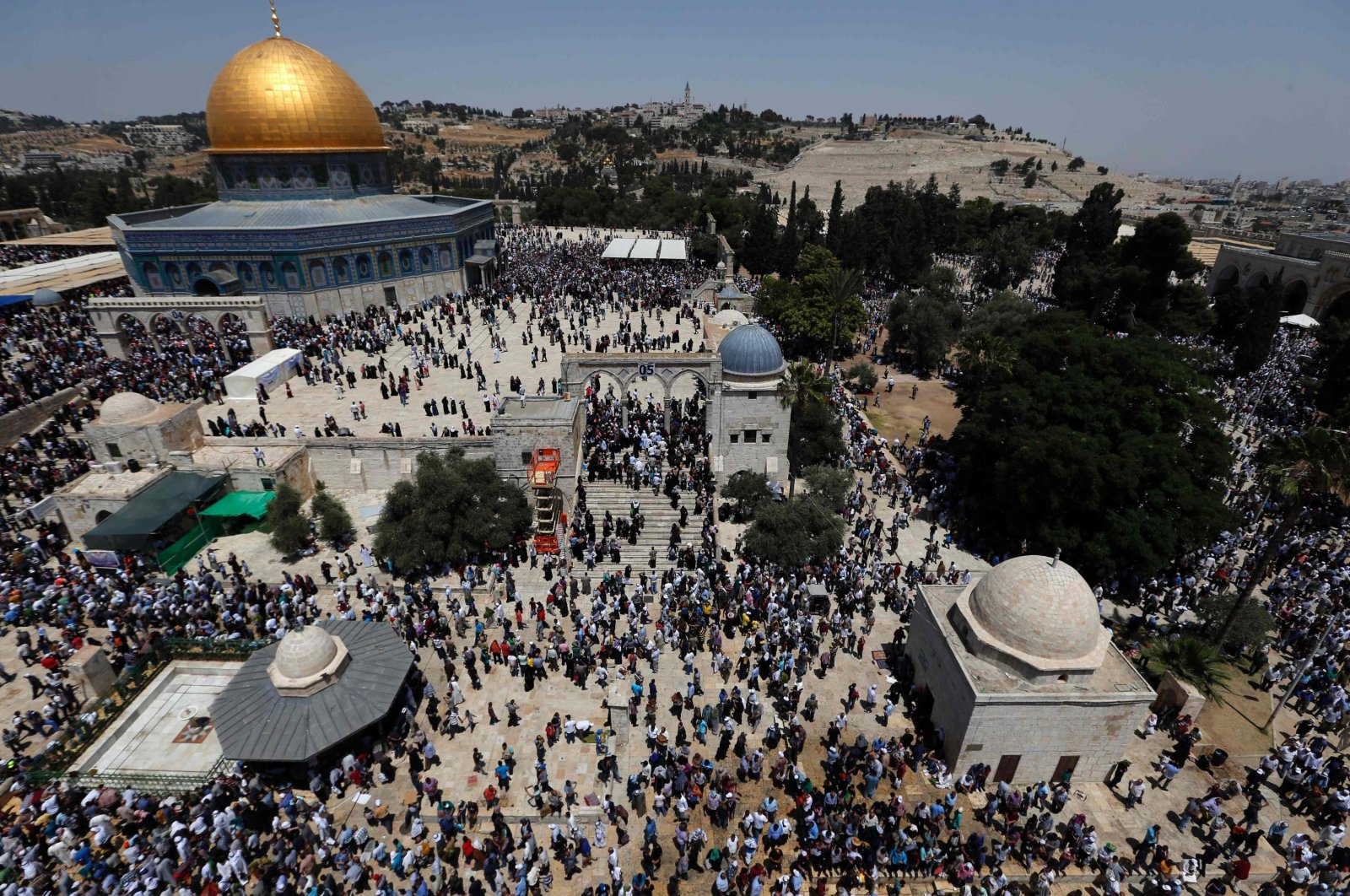 Dozens of Jewish settlers, accompanied by Israeli police, forced their way into Jerusalem's flashpoint Al-Aqsa Mosque complex on Monday, according to a Palestinian agency. In a statement, the Jerusalem Islamic Waqf (religious endowments) said 45 settlers entered the site through the compound's al-Mugharbah Gate.

Palestinian religious authorities have repeatedly called on the Israeli government to halt settler visits to the holy site as they trigger confrontations with Muslim worshippers.

The Al-Aqsa Mosque has been regularly violated by Israeli occupation forces and Jewish settlers in many attacks. Most recently more than 900 Israeli settlers raided the Islamic holy site in July.

Settler raids of Islamic sites have been on the rise. Some 2,233 settlers raided the Al-Aqsa Mosque in just a month in July 2019, according to a Palestinian nongovernmental organization.

The area on which Al-Aqsa is built is referred to as Temple Mount by the Jews. It is central to the Israeli-Palestinian conflict and a flashpoint issue, with Palestinians fearing Israel may one day seek to assert more control over the site. It is located in east Jerusalem, which was annexed in 1980 by Israeli forces under the claim that the city serves as the capital of the Jewish state, a move never recognized by the international community. It is the third holiest site in Islam after Mecca and Medina and is the most sacred site in Judaism. Jews are allowed on the premises to visit but not to pray, to avoid provoking tensions.