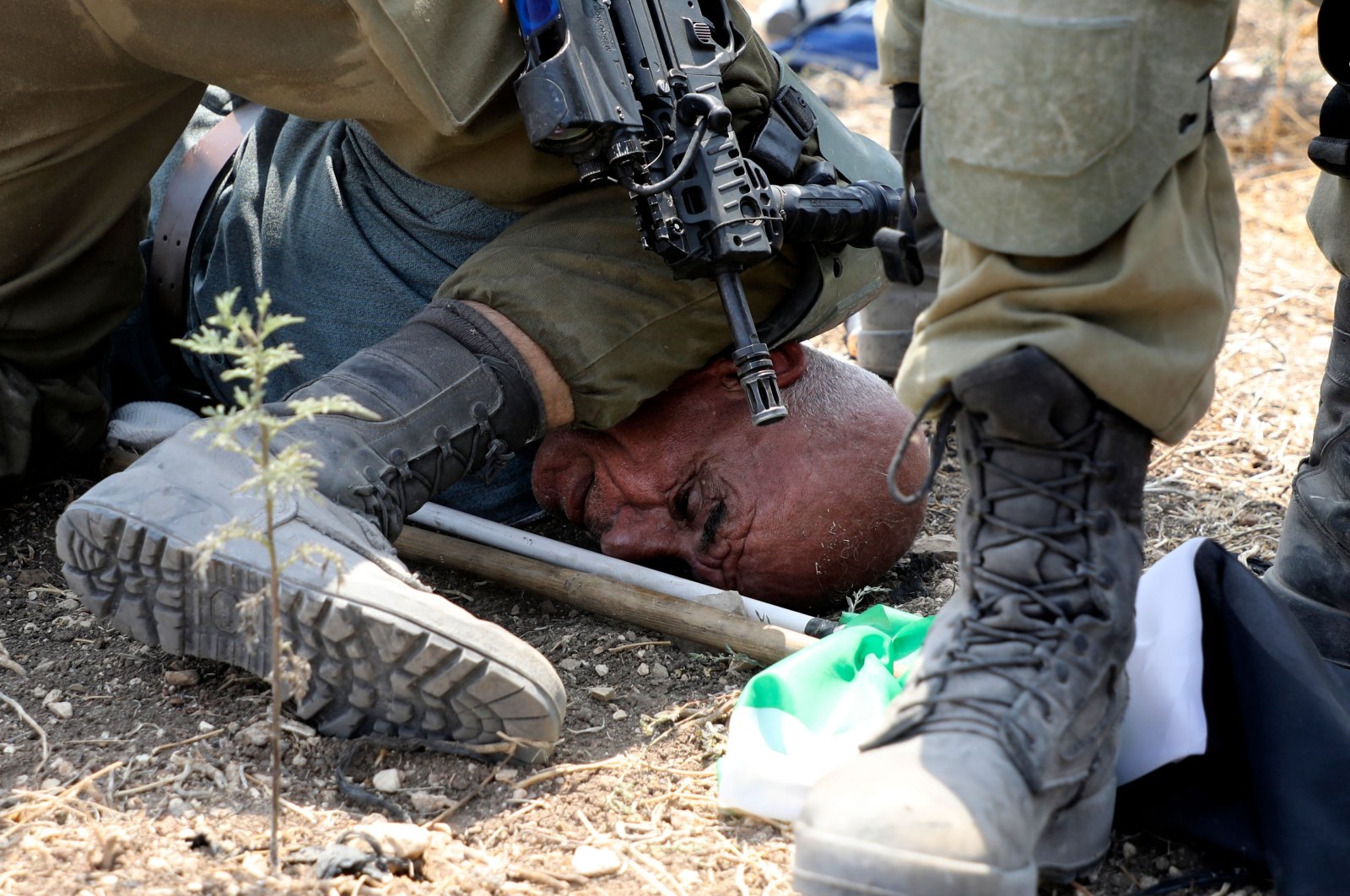 Israeli soldiers detain a Palestinian protester during a demonstration against the Israeli settlement expansion in the village of Shufah, southeast of Tulkarm in the occupied West Bank, Sept. 1, 2020. (AFP Photo)
by ASSOCIATED PRESS Sep 01, 2020 10:30 pm
RECOMMENDED

A video circulating on social media appears to show an Israeli soldier kneeling on a 65-year-old Palestinian protester's neck while arresting him during a demonstration in the occupied West Bank on Tuesday.

Those confrontations have come under heightened scrutiny amid the recent protests over racial injustice in the United States, as some Palestinians have sought to link their cause to the Black Lives Matter movement. The U.S. protests were sparked by the killing of George Floyd, a black man who died in police custody after a white officer kneeled on his neck for several minutes as he cried out that he couldn't breathe.

VIDEO — Israeli troops kneel on the neck of elderly Palestinian in the occupied West Bank during a peaceful protest against an illegal land grab as the latest example of inhumane arrest method that led to the death of George Floydhttps://t.co/ajDvJOPpAI pic.twitter.com/gsH9khOrPx

The video circulating Tuesday shows an Israeli soldier struggling to restrain Khairi Hannoun, a Palestinian protester, as other troops raise their rifles and call on a group of news photographers to back away. The soldier eventually wrestles Hannoun to the ground and then appears to kneel on his neck and back while putting him in handcuffs.

Hannoun said he was with dozens of demonstrators near the West Bank town of Tulkarem who were protesting Israeli plans to build an industrial park. Israel seized the West Bank in the 1967 war and the Palestinians view it as the heartland of their future state.