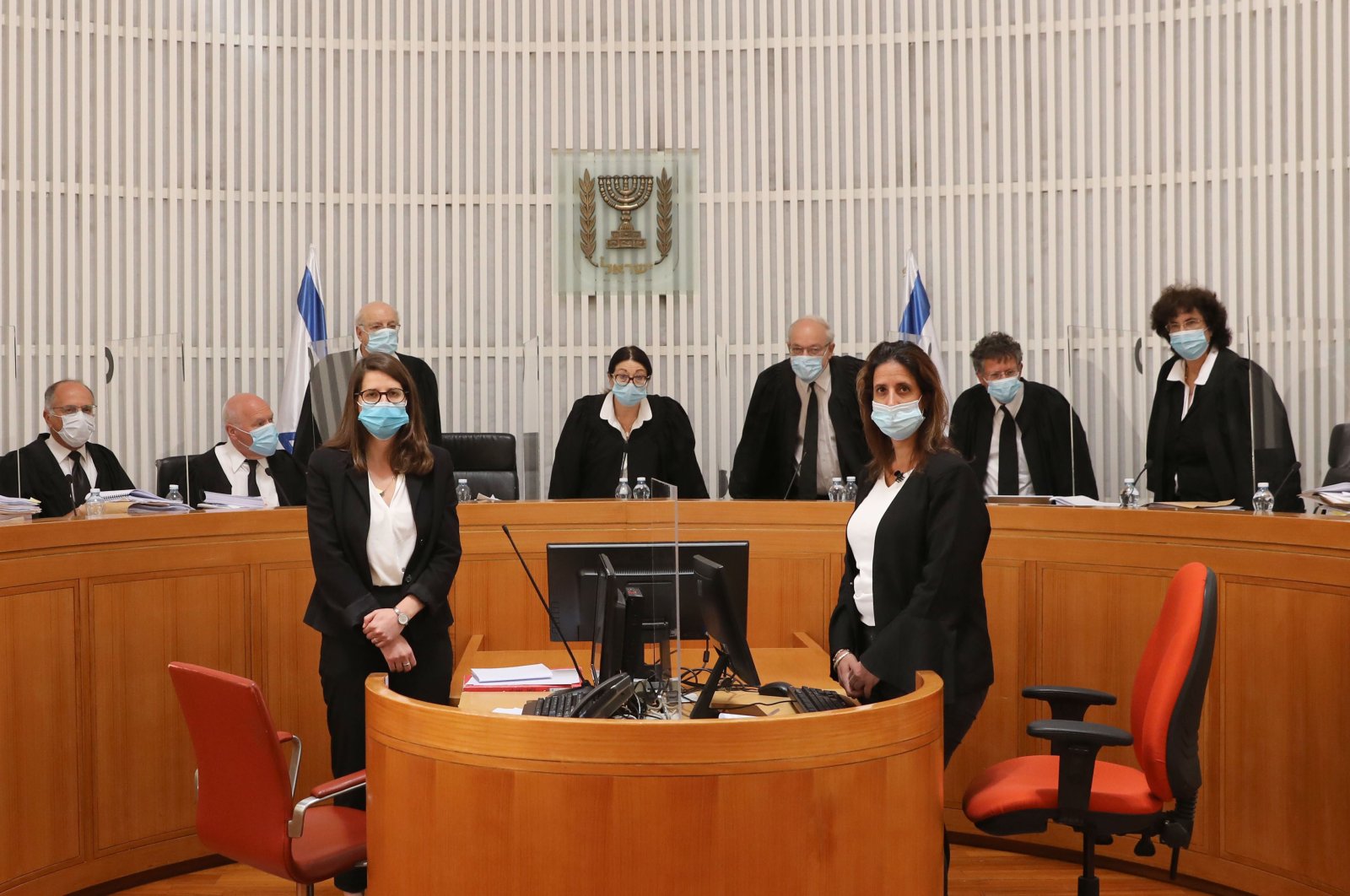 Judges and personnel of the Israeli Supreme Court wearing face masks against the coronavirus Covid-19, attend a session on May 4, 2020 at the Supreme Court in Jerusalem. (AFP Photo)
by AP May 06, 2020 11:39 pm

The decision clears the way for Netanyahu and his rival, Benny Gantz, to proceed with the formation of their emergency government.

The court also upheld the coalition agreement between Netanyahu and Gantz, which will require new legislation.

A group of nonprofit advocacy organizations had challenged the legality of the deal. "We did not find any legal reason to prevent Netanyahu from forming a government,” the court said.

Netanyahu and Gantz declared that they hope to swear in the new government on May 13.