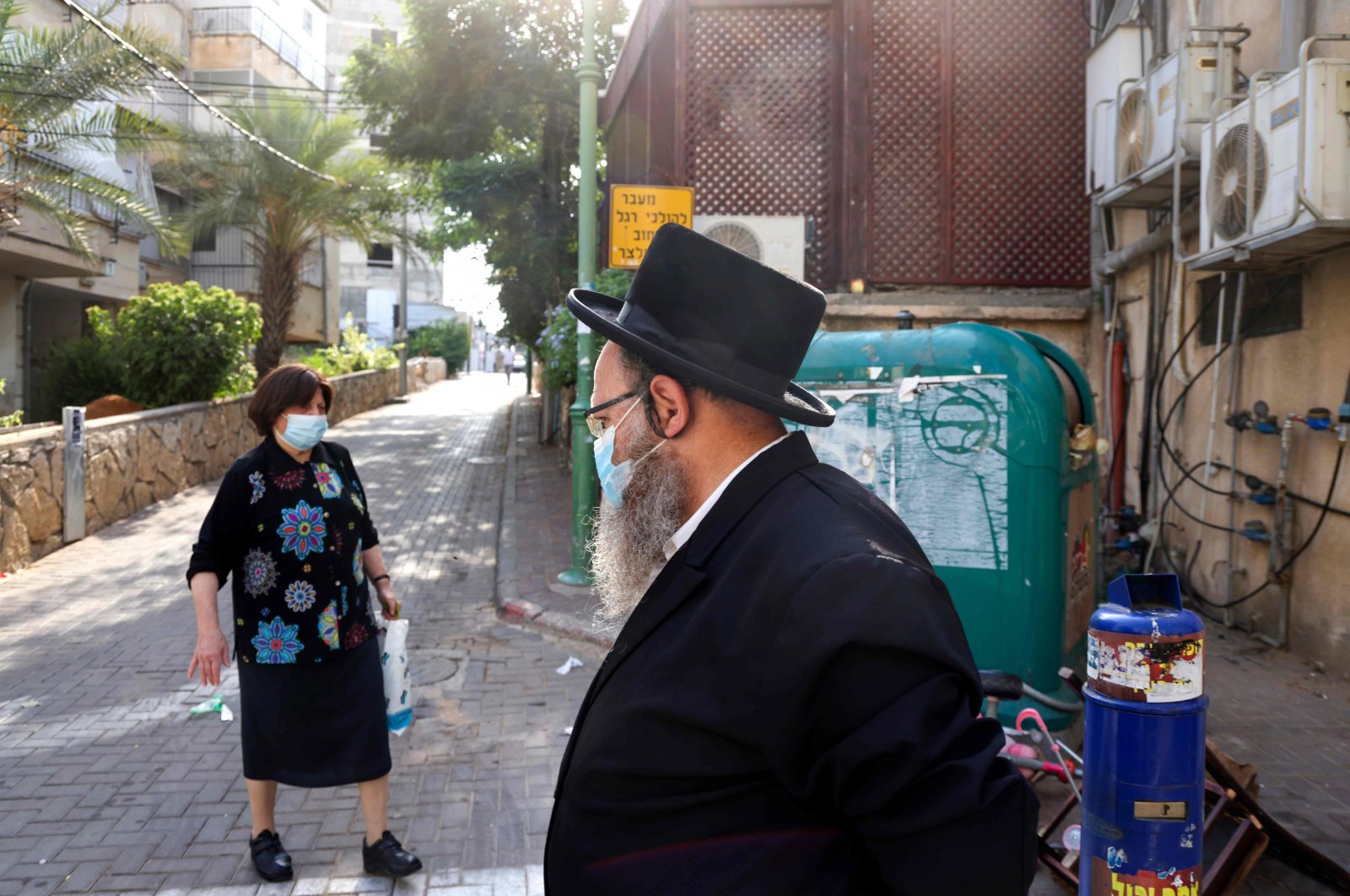 Yedioth Ahronoth, Israel's top-selling daily newspaper has covered its front page with the names of the country's pandemic victims, calling out the "shameful failure of the management of the crisis since May" as Israel prepares to lock down several cities to slow the fast-spreading virus.

Israel passed the milestone of 1,000 coronavirus deaths this weekend after the toll tripled over the summer, fueling regular protests against Prime Minister Benjamin Netanyahu's management of the health crisis and associated economic downturn.

According to data collected by Agence France-Presse (AFP), the Jewish state has risen to be ranked fifth in the world for the number of infections per capita over the past two weeks, ahead of hard-hit countries Brazil and the United States.

On Wednesday, the country, with a population of under 9 million, confirmed a record 3,141 new infections in a single day.

The ballooning cases stood in contrast to the low number of infections recorded in the early stages of the pandemic.

When the first wave of the virus hit Israel in early March, the government took swift action, canceling almost all international flights, shutting down nonessential businesses and placing the entire population under lockdown for weeks.

By mid-May, after the country recorded zero cases for two consecutive days, the government moved to expedite the reopening of schools, bars, eateries and places of worship, as well as allowing weddings under limitations.

Infection numbers began rising within days of loosening restrictions, and since July the number of cases has quintupled to almost 130,000.

Some said the increase was due to lifting measures too quickly, coupled with insufficient economic assistance that pushed people back into work. Others blamed disorganization in the health care system.

As part of efforts to control the public health crisis, the government divided the country's cities into four color-coded categories – green, yellow, orange and red – based on infection rates.

Around 30 of the worst-hit cities are expected to have containment measures reimposed, pending approval by the government, which is set to debate and vote on the issue Monday.

This would include school and nonessential business closures.

"We must put an end to indifference and disregard" for protocols, said Ronni Gamzu, the country's chief medical expert in the COVID-19 fight.

Gamzu highlighted a need in particular for vigilance in ultra-Orthodox and Arab communities, where case numbers have been notably high and adherence to health protocols patchy.

Facing criticism in the streets, blame was also passed within the political class.

Energy Minister Yuval Steinitz called on Sunday for sweeping lockdown measures, saying on public radio that "with 3,000 cases a day, there are no 'green' cities."

"There is no choice but to close everything, it is better to lock down the whole country for two weeks and become a 'green' country again than to stay in the red for months," he added.

But other key figures in Netanyahu's unity government fear the economic repercussions of locking down the whole country.

On top of that, the government could face pressure not to impose nationwide restrictions on the ultra-Orthodox contingent.

It is opposed to measures that would close places of worship ahead of the Jewish festivals of Rosh Hashana and Yom Kippur later in September.