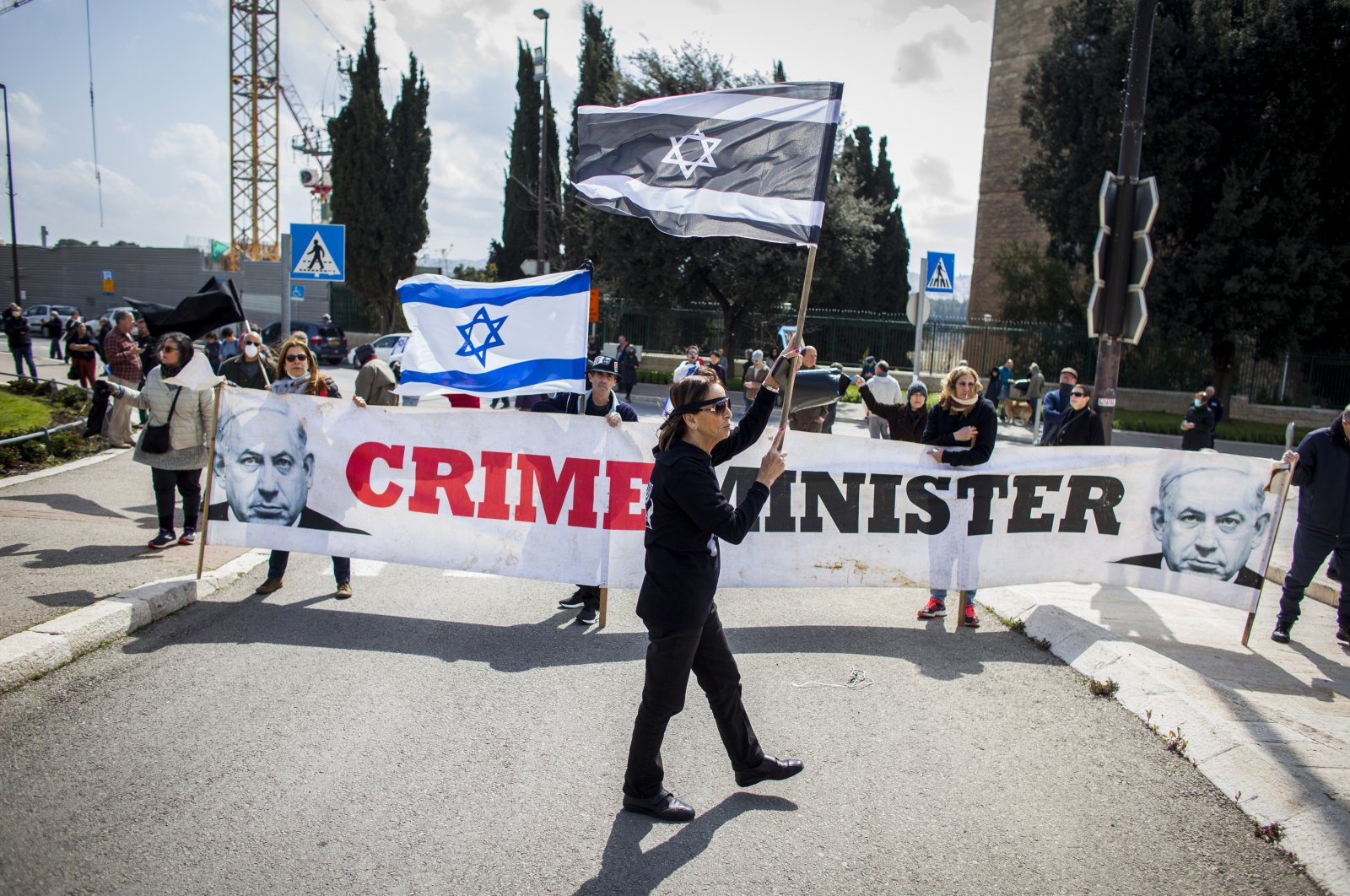 Israel appeared to be barreling toward a constitutional crisis Thursday as opponents took to the streets and turned to the Supreme Court to fight a series of unprecedented steps taken by Prime Minister Benjamin Netanyahu while confronting the coronavirus pandemic.

In recent days, Netanyahu and his surrogates have shut down the court system, approved the use of sophisticated phone-surveillance technology on the general public and temporarily suspended the activities of parliament. While Netanyahu has defended the moves as extraordinary steps in extraordinary times, his opponents accuse him of undermining Israel’s democratic foundations in a desperate bid to cement his grip on power and derail a looming criminal trial after coming up short in parliamentary elections this month.

"The state of Israel must do two very important things right now: Deal with the coronavirus crisis from its health, economic and social perspective and at the same time preserve Israeli democracy," Benny Gantz, his opponent and leader of the Blue and White Party, told Israeli Channel 12 TV. "We need to be very careful not to even approach the margins of dictatorship."

In this month’s election, Netanyahu’s Likud Party emerged as the largest single party in the Knesset, or parliament. But with his smaller religious and nationalist parties, he controls only 58 seats, three short of a majority required to form a government.

Gantz has the backing of 61 lawmakers, and under Israeli custom, was tapped this week by the country’s president to try to form a new government. The former military chief has one month to complete the task.

In the meantime, he is eager to push through a series of bills that could end Netanyahu’s career by imposing term limits and banning an indicted politician from serving as prime minister.

The coronavirus has spread to more than 100 countries, infected more than 220,000 people worldwide and killed nearly 10,000.

Israeli health officials have diagnosed nearly 700 coronavirus cases, with a sharp spike in the past two days.

The crisis has given Netanyahu the opportunity to flaunt his legendary leadership skills and, critics say, to thwart Gantz from moving forward with his agenda.

Nearly every evening, Netanyahu gives a televised address, sternly telling the nation that he is imposing tough new restrictions to prevent the spread of the virus. He has ordered people to stay indoors, ordered tens of thousands of people into home quarantine and virtually sealed its borders.

In Thursday’s address, he said he was further tightening restrictions on movement, with exceptions only to go out for food or other urgent matters. “You must stay home. It’s no longer a request,” he said.

While other countries have taken similar steps, some of his decisions have been unprecedented.

Citing the coronavirus crisis, his hand-picked justice minister all but closed the court system in a middle-of-the-night order just two days before Netanyahu’s trial on corruption charges was to begin.

In another overnight move, Netanyahu’s Cabinet authorized the Shin Bet security agency to use phone-tracking technology to retrace the movements of infected people and identify those who had come into contact with them. The technology had previously only been used as a surveillance tool against Palestinian targets. The decision was blasted by opposition politicians and civil rights groups as a violation of privacy.

Then, on Wednesday, Parliament Speaker Yuli Edelstein abruptly suspended activities at the Knesset, preventing Gantz’s allies from forming key committees to press ahead with their legislative agenda. Edelstein cited procedural issues, but critics accused him of working on behalf of Netanyahu. Edelstein has rejected the charges and vowed to reconvene the Knesset on Monday.

Dan Meridor, a former justice minister and one-time member of Netanyahu’s Cabinet, said that Netanyahu’s recent decisions were not “well considered.” He said even if such steps are justifiable responses to the coronavirus, the decision making was flawed because the government’s traditional checks and balances, such as parliamentary oversight and an active court system, were not functioning.

“Even in a time of crisis, one should not lose the basic structure of the government,” Meridor said. “He still has to remember that he’s not a ruler of a country.”

Israel does not have a formal constitution, but instead has a series of “Basic Laws" that serve as a de facto constitution.

Meridor said the situation had not yet reached a crisis stage, but said a huge test would be whether Edelstein keeps his word to reconvene the Knesset on Monday. If he finds new excuses to prevent it from functioning, “then we are in deep crisis,” he said.

Edelstein rejected the public uproar and said he was committed to reconvening parliament. “The Knesset isn’t closed. Democracy isn’t in danger,” he told Channel 12 TV.

Earlier Thursday, hundreds of people gathered outside the Knesset, defying government restrictions on large gatherings to protest the shutdown. Some held signs that said “No to dictatorship,” “Democracy in danger” and calling Netanyahu the “crime minister.”

Police arrested three people for violating a ban on gatherings of more than 10 people. They also blocked a convoy of dozens of cars from entering Jerusalem to protest, and dozens of other motorists inside Jerusalem from approaching the Knesset building. Many cars honked and hung black flags out their windows.

“We need to remember the foundation upon which this country was built,” said protester Michal Levi. “We have only one country. That’s it. Don’t give up on it.”

At the nearby Supreme Court, civil rights groups filed a challenge to the new phone-tracking tactics, claiming they amounted to an illegal violation of privacy. In a victory for the civil rights groups, the court ordered parliament to appoint its relevant oversight committees by Tuesday. Otherwise, the government will have to stop the phone surveillance.

Hovering over all of the developments have been Netanyahu’s legal troubles. He has been charged with fraud, breach of trust and accepting bribes in a series of scandals in which he is accused of accepting expensive gifts and offering favors to media moguls in exchange for positive press coverage. Netanyahu denies the charges.

Netanyahu is desperate to stay in office throughout his trial, using his position to rail against what he sees as hostile police, prosecutors and media.

The Israel Democracy Institute, an independent think tank that conducts research and gives advice to the government, issued a letter urging Edelstein to convene parliament immediately.

“It’s not so much a struggle over the democracy, although it has democratic implications. It’s a struggle over time,” he said. “They want to erode the period of Gantz, his mandate and to ensure that he doesn’t gain control over the Knesset and promote unfavorable legislation.”