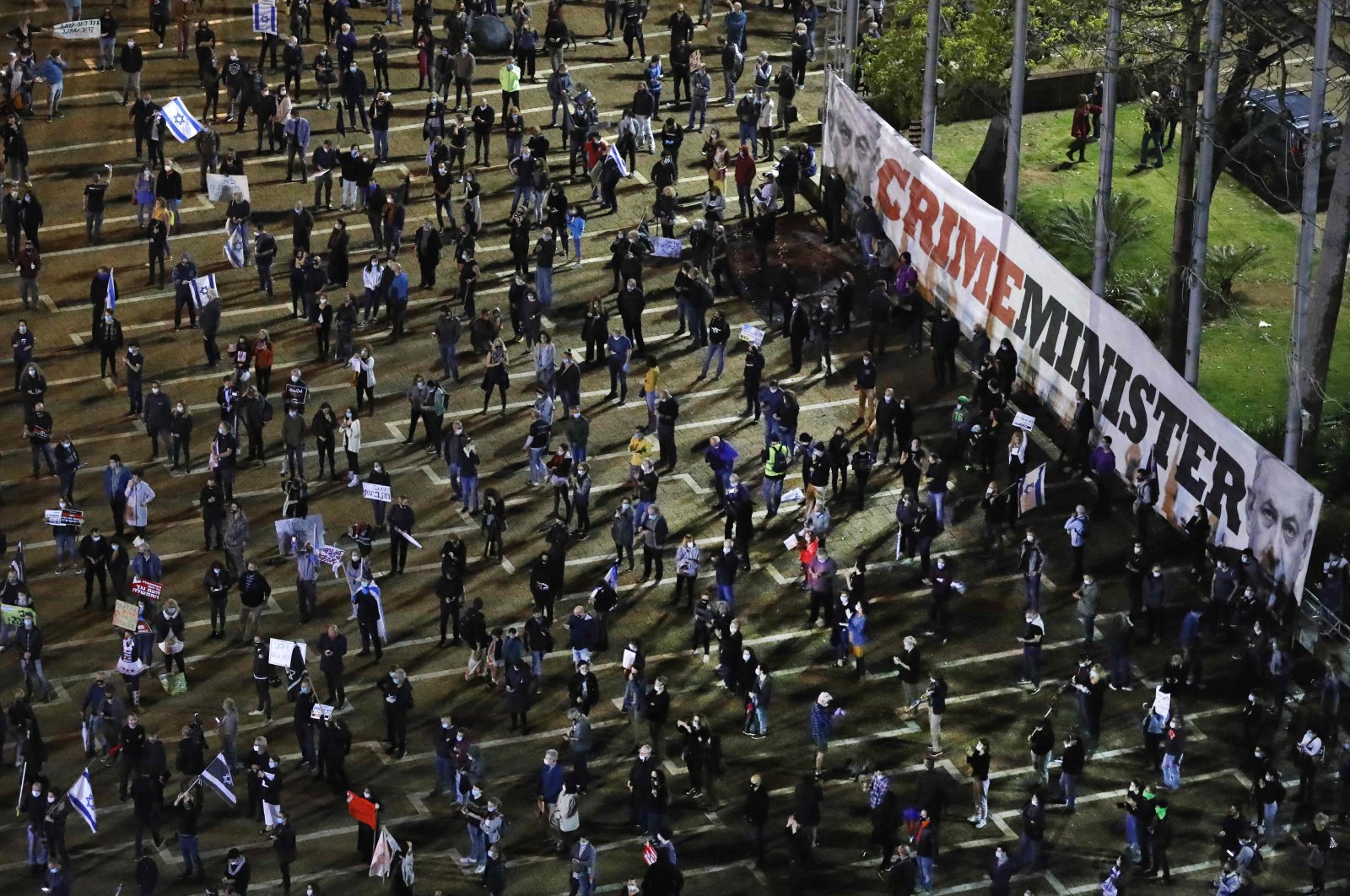 Several thousand Israelis rallied Saturday to demonstrate against a unity government deal reached last week that leaves Prime Minister Benjamin Netanyahu in power as he prepares to go on trial for corruption charges.

The protesters oppose having Netanyahu as prime minister as long as he is a criminal suspect. The protesters say the unity government agreement, which gives Netanyahu influence over the appointment of judges and legal officials, “crushes democracy” and is meant to rescue Netanyahu from his legal troubles.

The protesters rallied in the coastal city of Tel Aviv to denounce Monday's deal as maneuvering by Netanyahu, who is facing trial on charges of bribery, fraud and breach of trust. Israeli media reported that 2,000 demonstrators took part in the protest. They wore face masks and observed social distancing rules in force to fight the spread of the novel coronavirus.

Monday's deal ended a 16-month political deadlock in Israel and will see Netanyahu serve as prime minister for the first half of a three-year term as he faces trial on corruption charges, which he denies.

Gantz, his former election rival and an ex-general, will serve as defense minister before taking on the premiership in October next year, with new elections to be held 18 months later. Netanyahu and Gantz had tried multiple times in recent months to form governments, but neither could summon the necessary support in Israel's 120-seat legislature to do so successfully, until Monday evening.

Netanyahu was in January formally charged with bribery, fraud and breach of trust, becoming the first Israeli premier ever indicted in office. His trial was due to open in March but has been postponed until May 24.