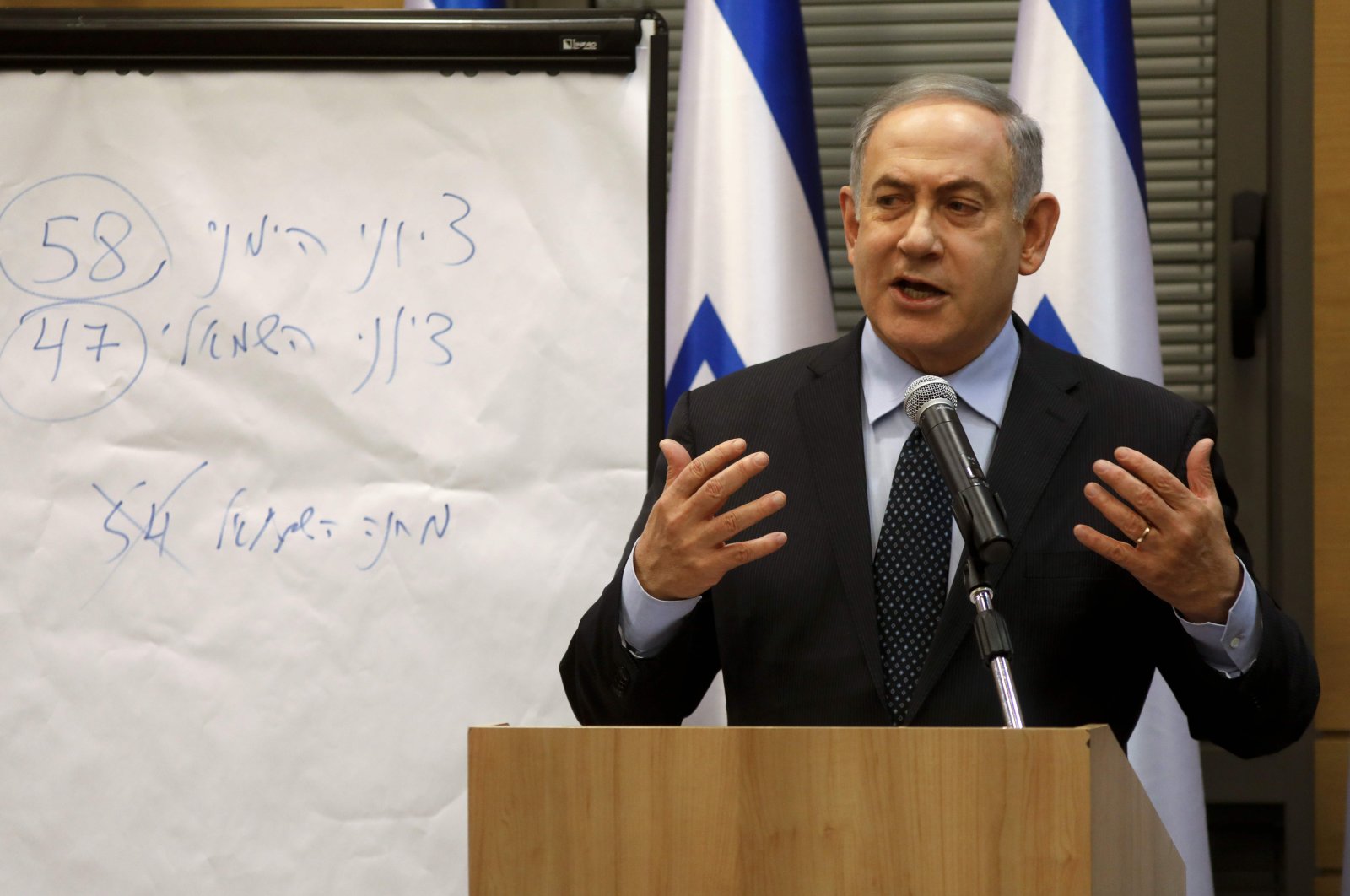 As Israeli Prime Minister Benjamin Netanyahu faces a trial on serious indictments, the third election within a year did not bear any fruit as the country’s worst political deadlock drags on

Israel has been experiencing the worst political deadlock in its history as the third election within a year did not result in the clear victory of any side. Instead, similar to the previous election results, the parties remained at the frontier for securing at least 61 seats, the number necessary for forming a government. Neither the current prime minister, Benjamin Netanyahu, nor his main rival, Benny Gantz, made a considerable difference in terms of increasing the number of votes, they received. While Israeli parties engage in talks once more, a fourth election could be on the horizon.

As 99% of the votes were counted, Netanyahu’s party won 35 seats in the parliament while Gantz’s party won 32 seats, according to unofficial results. At least 61 seats are needed to form a government. Yet, Netanyahu's bloc is not expected to garner more than 58 seats. As it happened before, Gantz and Netanyahu are unlikely to form a coalition as the two leaders are on different sides ideologically. While Netanyahu favors a right-wing ideology, Gantz and his party fellows are placed at the center of the political spectrum.

The elections took place amid corruption charges lodged at Netanyahu, who overcame the leadership challenge in the Likud Party once again, this time despite the ongoing corruption allegations against him. While he is being accused of fraud, bribery and other illegal activities, Netanyahu considers his success an important step toward securing the prime minister's office in the upcoming elections. In September's national elections, Netanyahu – Israel's longest-serving prime minister – failed to secure the majority of seats in the Knesset, the Israeli parliament. Since his party has failed to reach an understanding on a coalition, Israel has been plunged into one of the worst political deadlocks in its history.

In this election, the Arab lawmakers played a crucial role as the Joint List won at least 15 seats in the parliament, becoming the third-largest group. Consisting of Palestinians who hold Israeli citizenship, the group was attacked by Netanyahu. His Likud Party’s Facebook page was suspended after Facebook “found a violation of our hate speech policy.” On the page, a message appeared saying that Netanyahu would pursue “a right-wing policy of a Jewish state, security and a strong Israel.” In the following statement, the message accused the left-wing politicians of aiming to destroy Israel through allying with the Arabs: “a secular left-wing weak government that relies on Arabs who want to destroy us all – women, children and men.” Arabs with Israeli citizenship are those who did not leave their lands in 1948. They consist of least a fifth of the Israeli population.

While Netanyahu and Gantz continue to accuse each other with “stealing the elections,” Israel remains stuck between the two parties’ leaders. As Netanyahu faces indictments on corruption charges and will stand trial, Israeli political tensions may not de-escalate anytime soon.