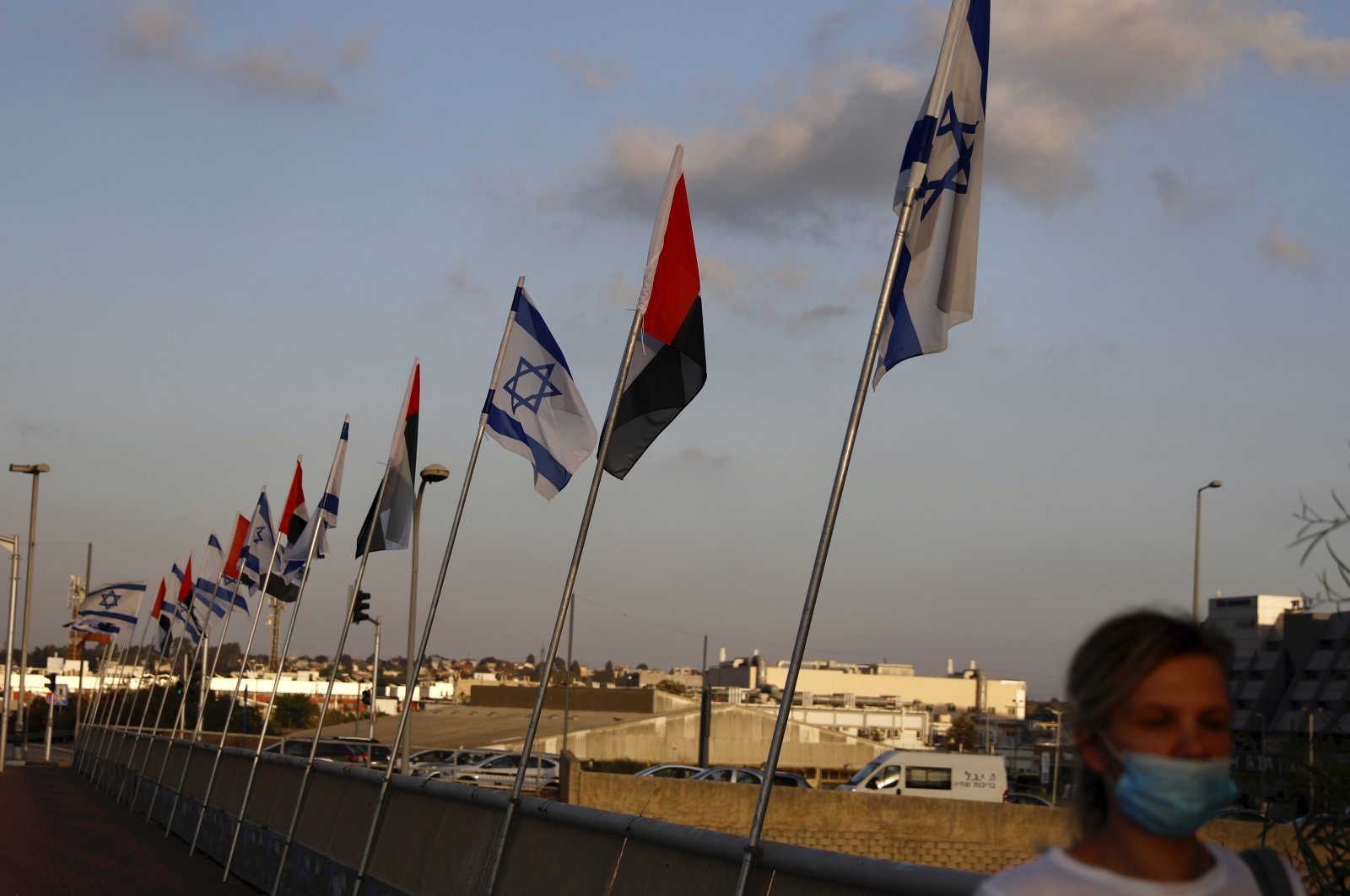 A woman wearing a face mask against the coronavirus walks past United Arab Emirates and Israeli flags at the Peace Bridge in Netanya, Israel, Sunday, Aug. 16, 2020. (AP Photo)
by REUTERS Aug 18, 2020 4:50 pm

The head of Israel's foreign intelligence service mossad, Yossi Cohen, met the national security adviser of the United Arab Emirates during a visit to the country, the UAE's state news agency WAM said on Tuesday.

Israel and the United Arab Emirates announced last Thursday they would normalize diplomatic ties and forge a broad new relationship.

"The two sides discussed prospects for cooperation in the security field, and shared perspectives on regional developments and issues of common interested, including both countries' efforts to contain COVID-19," WAM said.