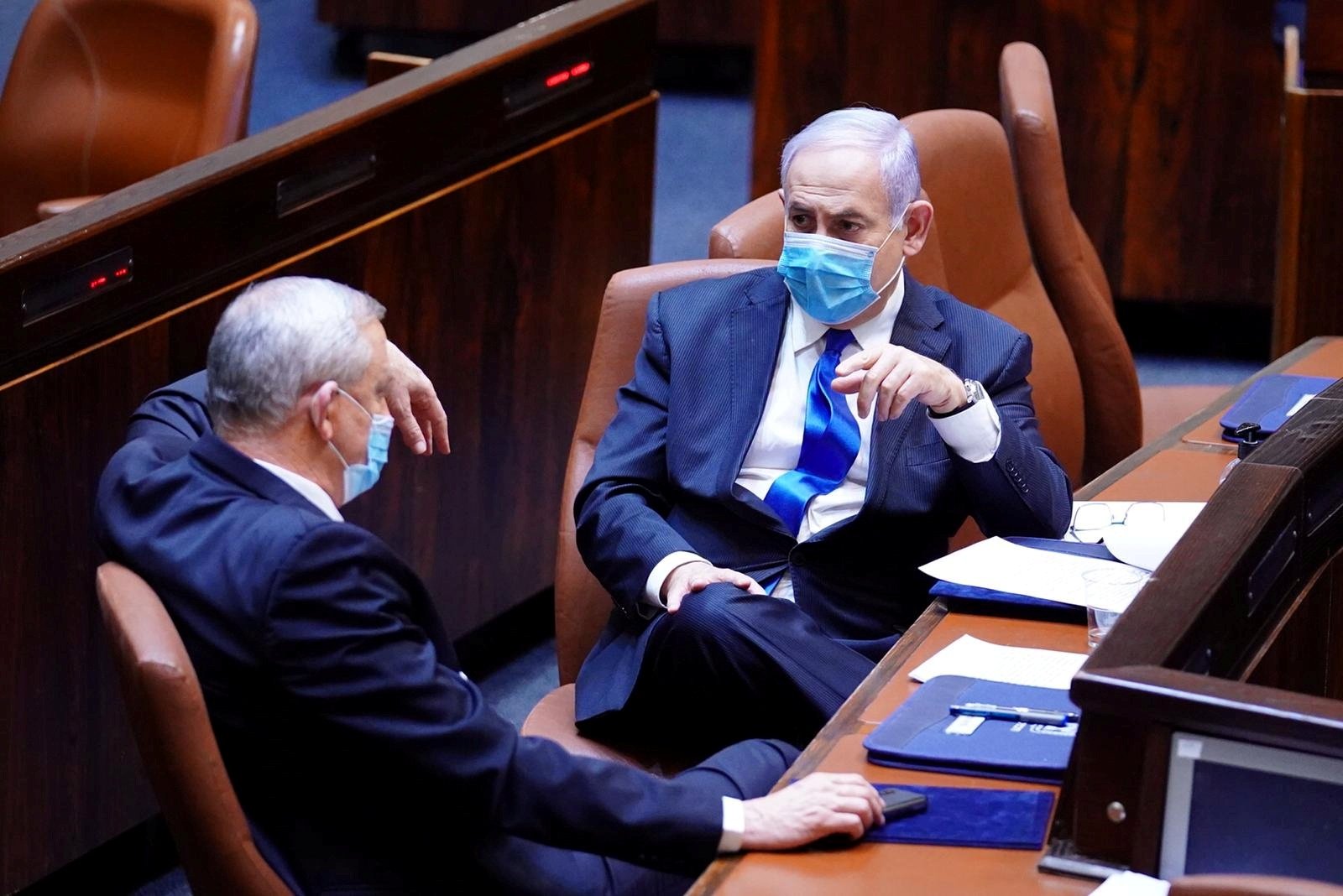 The measure passed with the support of Benny Gantz and his Blue White party, the key partner in Prime Minister Benjamin Netanyahu's government, sparking an intensified war of words between the two men on Wednesday evening.

In a prime-time address the previous night, Gantz, defense minister and alternate prime minister, had declared that he would support the opposition-sponsored measure, accusing Netanyahu of self-interest and depriving the country of a budget.

The bill duly earned 61 votes, with 54 voting against it, but that only marks a first step. It must still pass several additional parliamentary readings before a new election is called.

Netanyahu and Gantz locked horns on Wednesday evening, with the premier accusing Gantz of violating their coalition agreements and calling on him to return to the fold. "Benny Gantz must pull the handbrake. He must stop the downhill spin to elections, halt the unhinged attacks on us," Netanyahu told a press conference. "The country can't be dragged into election politics while we need to focus on the battle with the coronavirus." Gantz hit back, telling Netanyahu in a statement, "your long campaign of deceit and lies is over."

Gantz's decision to side with the opposition, at least for now, highlights the widening cracks in Israel's center-right coalition, imperiled from the start by mistrust, infighting and public recriminations.

Gantz battled Netanyahu in three consecutive inconclusive elections that did not produce a majority coalition for either leader.

In his Tuesday speech, Gantz said he agreed to a unity government with Netanyahu because he wanted to spare Israelis "an ugly and costly" fourth election, especially as the coronavirus pandemic was accelerating.

The president of the Israel Democracy think tank, Yohanan Plesner, described Wednesday's vote as "the opening shot in the blame game" between Netanyahu and Gantz. But, Plesner cautioned, both men had a lot to lose in being perceived as the cause of a fourth vote and might play for time over the coming weeks.

The Netanyahu-Gantz coalition agreed in April, included strict power-sharing arrangements, with Cabinet posts split roughly evenly between allies of both men. Netanyahu, who heads the right-wing Likud party, was to serve as prime minister for the first half of the three-year arrangement.

Gantz had been due to take over as premier in November 2021. The unity deal included multiple triggers that would automatically force new elections, including a failure to pass a budget.