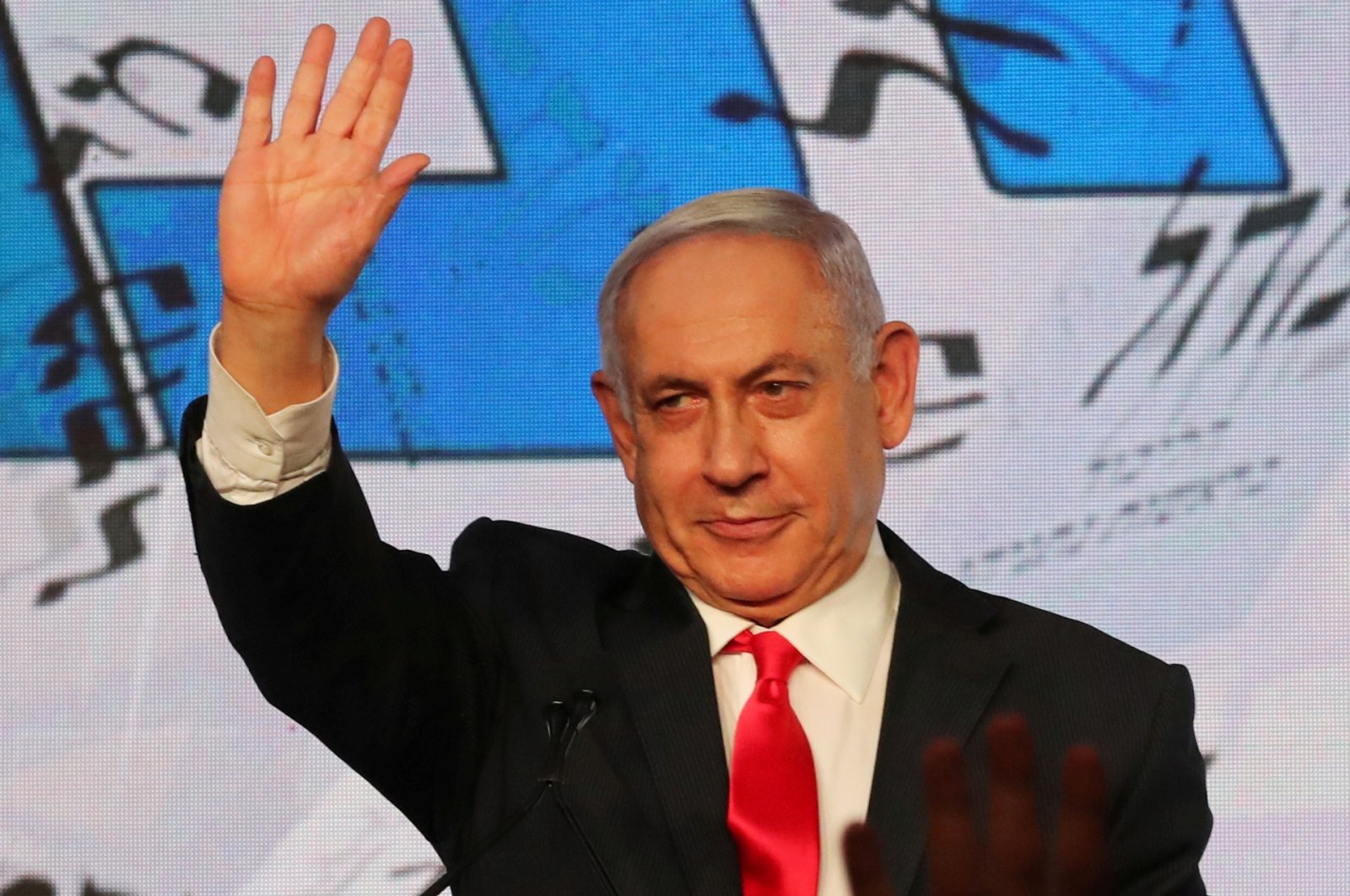 In his announcement, President Reuven Rivlin acknowledged that no party leader had the necessary support to form a majority coalition in the 120-seat Knesset. He also noted that many believe Netanyahu is unfit to serve as prime minister in light of his legal problems. Nonetheless, Rivlin said that there was nothing in the law preventing Netanyahu from holding that office.

After consulting with the 13 parties in the newly elected parliament, Rivlin said that Netanyahu had the best chance of any candidate of forming a new government.

"I have decided to entrust him with the task,” Rivlin said from Jerusalem. "This is not an easy decision on a moral and ethical basis,” he added. "The state of Israel is not to be taken for granted. And I fear for my country.”

With that, Rivlin nudged forward the twin dramas over the country’s future and Netanyahu’s fate, giving Israel's longest-serving premier a fresh chance to try to salvage his career.

Netanyahu now has up to six weeks to try to cobble together a coalition. If he fails, Rivlin could give another party leader the opportunity to try to form a government - or the country could be plunged into an unprecedented fifth election in just over two years. Netanyahu has the most support - 52 seats - in Israel's Knesset.

But that is still short of a 61 seats needed for a majority. He is likely to use his powers of persuasion to try to lure a number of opponents, including close former aides who have vowed never to serve under him again, with generous offers of powerful government ministries or legislative committees. The task won't be easy.

In order to secure a majority, Netanyahu would likely require the support of a small Arab Islamist party, and one of his partners, the Religious Zionists, have an openly racist platform and say they will not serve in a government with Arab partners.

"The chances of Netanyahu to form a government, as it seems right now, are quite low,” said Yohan Plesner, president of the Israel Democracy Institute, a Jerusalem think tank.

Netanyahu will also likely need the support of the Yamina, a right-wing party led by a former ally turned rival. Yamina's leader, Naftali Bennett, has had a strained relationship with Netanyahu in recent years. He also been cool to an alliance with Arab parties. Bennett called for formation of a "stable, right-wing” government on Tuesday and promised to negotiate in "good faith.”

But he did not commit to backing Netanyahu, who has led the country for the past 12 years. Opposition leader Yair Lapid, head of the centrist Yesh Atid party, acknowledged that the law left Rivlin "no choice,” but in the same tweet denounced the development as "a shameful disgrace that tarnishes Israel.” Lapid has offered an alternative: a power-sharing arrangement with Bennett that would see the two men rotate into the prime minister's job.

They are expected to hold intense negotiations in the coming weeks. In a sign of the challenge ahead of Netanyahu, about 100 protesters hoisted LGBT pride flags and a mock submarine in a noisy demonstration Tuesday that could be heard as officials began the swearing-in festivities of the new parliament in an outdoor plaza.

The pride flags appeared to be a reference to the fact that leaders of the ultranationalist Religious Zionism party, which backs Netanyahu, are openly homophobic, while the submarine points to a graft scandal involving the purchase of German subs.

As the new Knesset was sworn into office, Rivlin appealed for unity in a speech.

"If we do not learn and find a model of partnership that will allow us to live here together, out of mutual respect for each other, out of commitment to each other, and genuine solidarity, our national resilience will be in real danger,” he said, his voice appearing to shake with emotion.

Netanyahu's coalition talks will be conducted in the shadow of his corruption trial. While a ruling is months or even years away, the proceedings are expected to take place up to three days a week, an embarrassing and time-consuming distraction that will shadow Netanyahu’s appeals to his rivals. In court, he faces fraud, breach of trust and bribery charges in three separate cases.

Proceedings resumed Tuesday, though the premier did not appear in court. A key witness on Monday cast Netanyahu as an image-obsessed leader who forced a prominent news site to help his family and smear his opponents. Netanyahu denies all charges and in a nationally televised address accused prosecutors of persecuting him in an effort to drive him out of office.

"This is what a coup attempt looks like,” he said.

This week's court proceedings focused on the most serious case against Netanyahu - in which he is accused of promoting regulations that delivered hundreds of millions of dollars in profits to the Bezeq telecom company in exchange for positive coverage on the firm’s popular news site, Walla.

The explanation he was given by the couple? "That’s what the prime minister wanted,” he said.