Jordan does not plan to operate flights with Syria 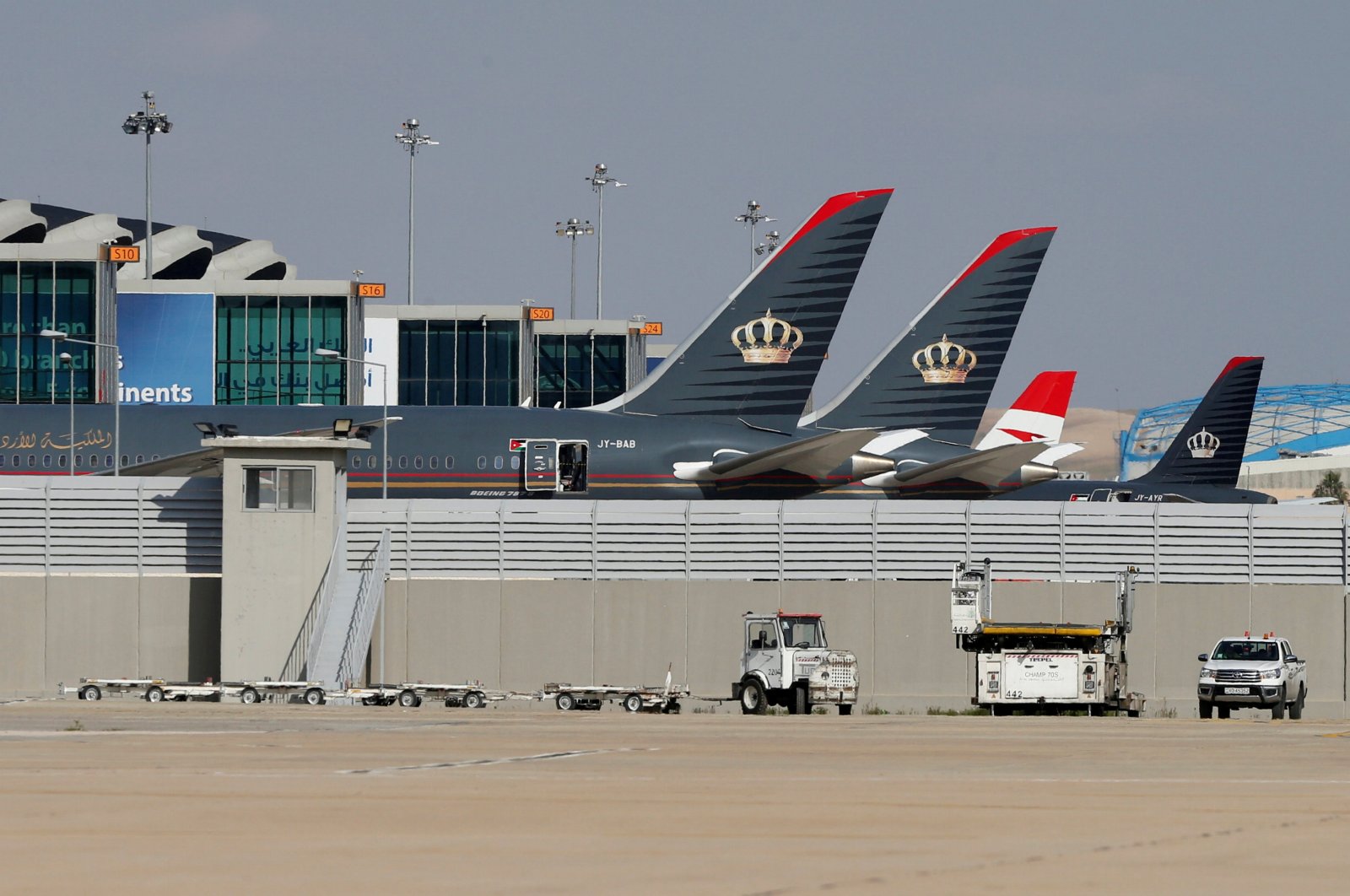 Planes that belong to the Royal Jordanian Airlines and other companies are parked at the Queen Alia International Airport in Amman, Jordan, Feb. 23, 2020. (Reuters File Photo)
by Daily Sabah with Reuters Oct 17, 2021 5:43 pm

Jordan does not currently have plans to operate flights with Syria, the country's state news agency PETRA cited the Civil Aviation Authority Regulatory Commission as saying on Sunday.

Jordan's state carrier, Royal Jordanian, said in September it would resume direct flights to Damascus for the first time in nearly a decade, in what would have been the latest step to restore extensive business ties with Syria.

King Abdullah of Jordan spoke to Syria's Bashar Assad for the first time in a decade this month.

Jordan, Syria's neighbor to the south, has been leading the pack on the Arab policy shift with an ailing economy and a rocky patch in relations with its wealthy Gulf neighbor Saudi Arabia.

The border between Syria and Jordan was fully reopened for trade last month and Amman has been a driving force behind a deal to pipe Egyptian natural gas to Lebanon via Syria, with an apparent U.S. nod of approval.

The crossing was once plied by hundreds of trucks a day moving goods between Europe, Turkey and the Gulf. Reviving trade will be a shot in the arm for Jordan and Syria, whose economy is in deep crisis.