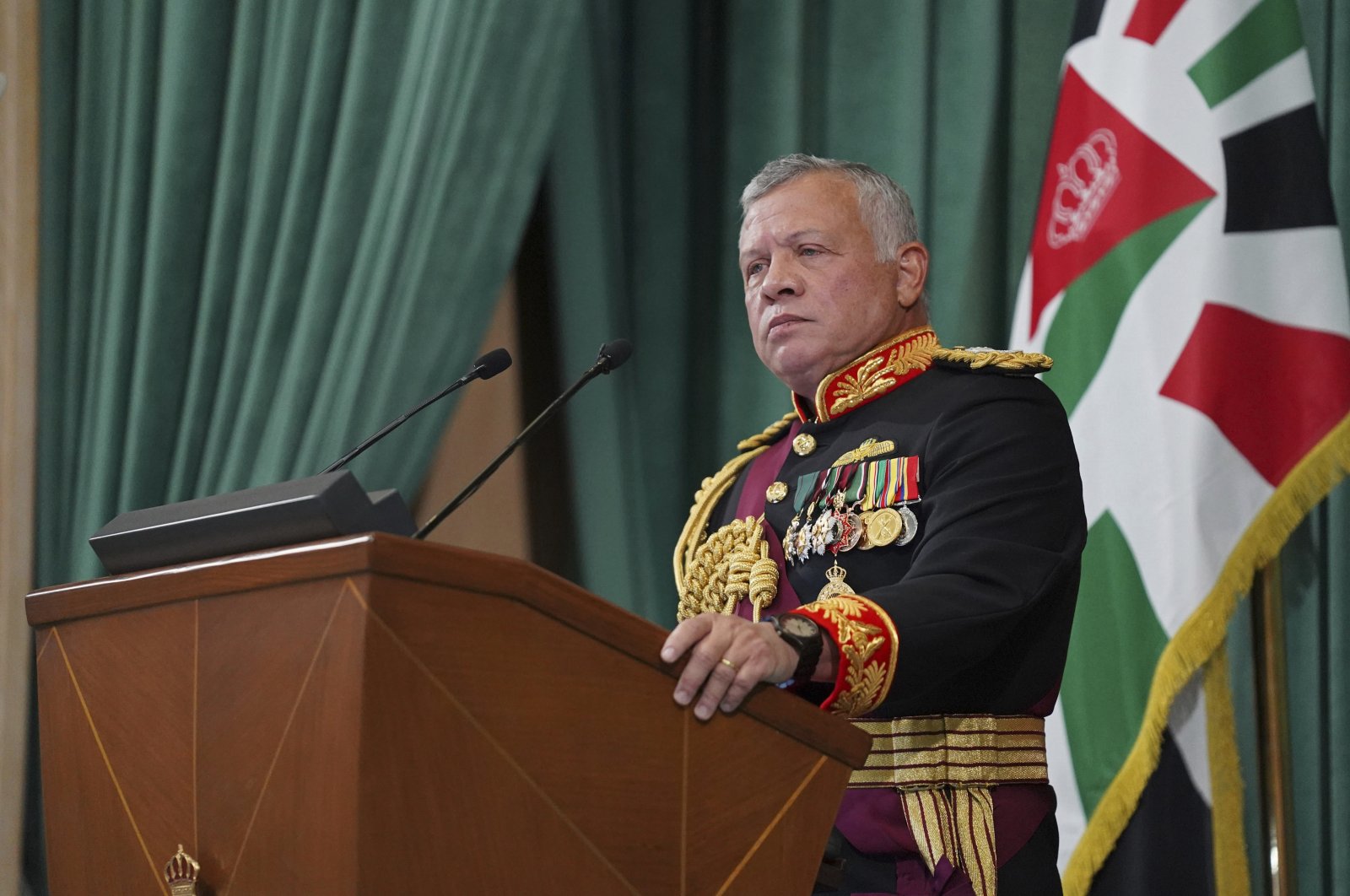 Senior members of the Jordanian state and palace were arrested Saturday over "security reasons" amid rumors that King Abdullah has been targeted in a coup plot, with former crown prince implated in the attempt.

Jordan's state news agency Petra news agency denied reports that Prince Hamzah, the half-brother of Jordan’s King Abdullah II, had been detained or placed under house arrest, according to The Associated Press (AP).

However, in a videotaped statement leaked to the U.K. public broadcaster BBC, Prince Hamzah said he was visited early Saturday by the country's military chief and told "I was not allowed to go out, to communicate with people or to meet with them.” The prince said he was speaking over satellite Internet, and the BBC says it received the statement from Hamzah's lawyer.

In the statement, the prince said he had been informed he was being punished for taking in part in meetings in which the king had been criticized, though he himself was not accused of being a direct critic. He said he told the army chief: "I am not the person responsible for the breakdown in governance, for the corruption and for the incompetence that has been prevalent in our governing structure for the last 15 to 20 years and has been getting worse by the year. I am not responsible for the lack of faith that people have in their institutions. They are responsible.”

The prince has been told to halt actions used to target the country's "security and stability", the military also said on Saturday. In a statement published on the state news agency, it said this was part of a broader, ongoing security investigation in which a former minister, a member of the royal family and unnamed others were detained.

Army chief Yusef Huneity denied reports that Prince Hamzah had been arrested but said he was told to "stop activities that are being exploited to target Jordan's security and stability". He did not specify what such actions were.

Two people familiar with the situation told Reuters security forces had arrived at Prince Hamza's house and begun an investigation. King Abdullah dismissed Hamza as heir to the throne in 2004 in a move that consolidated his power.

A former U.S. official with knowledge of events in Jordan told Reuters the plot did not involve a "physical coup." Rather, he said, those involved were planning to push for protests that would appear to be a "popular uprising with masses on the street" with tribal support.

Prince Hamza is not seen as a major threat to Jordan's monarchy and he has been marginalized for years. But the authorities have become increasingly concerned with his efforts to build ties with disgruntled figures within powerful tribes.

These people known as the Herak have in recent weeks called for protests against corruption and the authorities had cracked down on several demonstrations, detaining dozens. Tribes who dominate the security and army form the bedrock of support for the kingdom’s Hashemite monarchy.

The Petra report had also said Sharif Hassan bin Zaid, the former royal envoy to Saudi Arabia, and Bassem Ibrahim Awadallah, the former head of the royal court between 2007 and 2008, were detained. Sharif is a title given to those close to the royal family in Jordan. The agency did not provide further details or name the others who were arrested.

Awadallah also previously served as planning minister and finance minister. Before becoming royal court chief in 2007, he was head of the king's Cabinet in 2006. He also served as an adviser to Saudi Crown Prince Mohammed bin Salman (MBS).

Agence France-Presse (AFP) reported that Awadallah resigned in 2008 after coming under public criticism over alleged interference in controversial political and economic issues. He had been accused by some members of Parliament, other politicians and journalists of meddling in Jordan's privatization plans.

Several multi-billion-dollar deals, including a contract for Jordan's only port in Aqaba, led lawmakers at the time to demand explanations over "hidden" privatization projects.

"The U.S. administration knows that Bassam Awadullah works for MBS. Any astute observer will say if someone this close to MBS is involved he would have to know, said the former U.S. official. Still, he said, no matter what, the Jordanians will try to keep any Saudi involvement quiet to prevent a complete rupture of ties with the powerful kingdom.

The Saudi royal court voiced its "full support" for King Abdullah and all decisions taken by him to maintain security and stability. Egypt, Lebanon and Bahrain also stood by him, along with Iraq, Kuwait and the Culf Cooperation Council (GCC). "We are closely following the reports and in touch with Jordanian officials. King Abdullah is a key partner of the United States, and he has our full support," U.S. State Department spokesman Ned Price said in an email.

Arrests of top officials and royal family members are rare in Jordan, seen as one of the Arab world's most stable countries. Amman has long been a key Western ally and an island of stability in a turbulent region. The country borders Israel, the Palestinian territories in the West Bank, Syria, Iraq and Saudi Arabia.

Prince Hamzah, who had been groomed by his mother Queen Noor to succeed his late father King Hussein, has been pushed into the political wilderness since he was sacked as crown prince. Opposition figures have rallied around him, a move that has been viewed with displeasure by the king, officials familiar with the situation said.

Abdullah succeeded his father King Hussein, who ruled Jordan for nearly five decades. The Jordanian Hashemite dynasty’s tradition under the 1952 constitution gives the succession to the eldest son but the monarch retains the option of naming a brother. Abdullah has ruled Jordan since the 1999 and has cultivated close relations with the United States and other Western leaders over the years, and Jordan was a key ally in the war against the Daesh terrorist group.

The country's economy has been battered by the coronavirus pandemic. Jordan, with a population of around 10 million, also hosts more than 600,000 Syrian refugees.

Jordan's powerful intelligence agency, with a pervasive influence in public life, has played a bigger public role since the introduction of emergency laws at the outset of the coronavirus pandemic last year, which civic groups say violate civil and political rights.

Jordan made peace with Israel in 1994, but relations have been tense in recent years, largely due to differences linked to Israel's conflict with the Palestinians. Jordan is home to more than 2 million Palestinian refugees, most of whom have Jordanian citizenship.