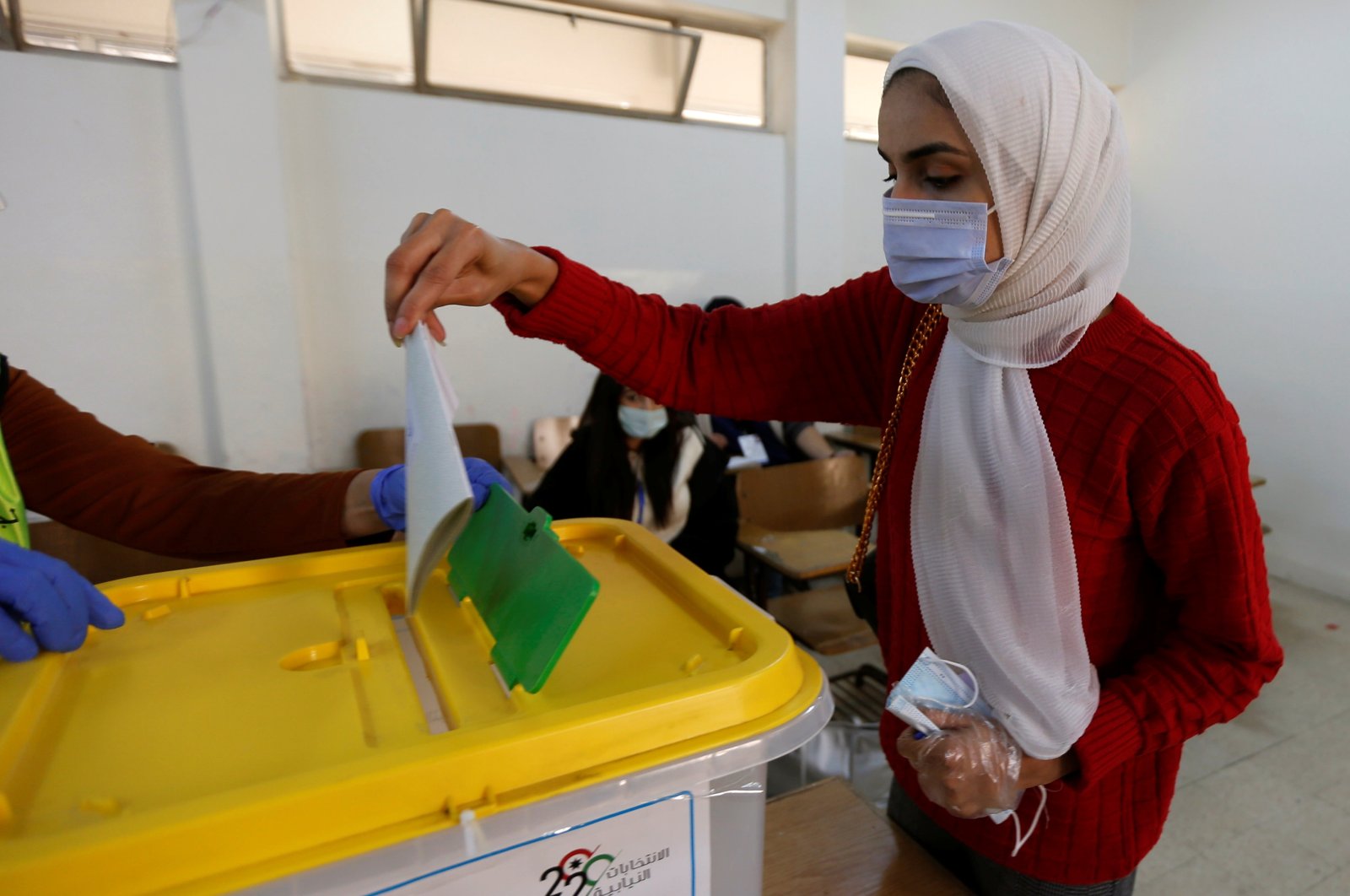 A woman casts her vote during parliamentary elections amid fears over the rising number of coronavirus cases, in Amman, Jordan, Nov. 10, 2020. (Reuters Photo)
by ASSOCIATED PRESS
Nov 10, 2020 12:18 pm

Jordanians began voting on Tuesday to elect a new Parliament in the country that has long been a close Western ally in a volatile region and is now struggling to contain a coronavirus outbreak.

Voters will elect 130 members of the lower house of Parliament, with 15 seats reserved for women, nine for Christians and three for minority Chechens and Circassians. Jordan's government is more representative than others in the Middle East, but most power is held by King Abdullah II, who appoints the government and can dissolve Parliament at any time.

More than 4.5 million Jordanians are eligible to vote in 23 constituencies. Political parties, including one linked to the Muslim Brotherhood, are allowed to participate, but the electoral system favors tribal candidates, businessmen and independents who are loyal to the king, and the monarch appoints all members of the country's Senate.

Jordan borders both Syria and Iraq and hosts large numbers of Syrian and Palestinian refugees. Its economy has suffered from the virus and the repeated lockdowns. Its tourism industry, a key source of foreign currency, has all but dried up. Poll workers distributed gloves, masks and pens and enforced social distancing.

Voters who are in isolation after exposure to the virus will cast ballots at the end of the day. Rania Shahatit, an Amman resident, said she was reassured by the safety procedures at her polling site.

"Regarding the newly elected Parliament, we hope they can improve the (economic) situation for all people,” she said.

"I voted because it is my duty and my constitutional right," said Nazik Owies, another resident of the capital.

She expressed hope that legislators would "look after the interest of the people and the demands of the people, and deliver the people’s demands to the government.”

The government has imposed periodic lockdowns and curfews since the start of the pandemic. It plans to impose a 24-hour curfew for four days, beginning Wednesday.

The kingdom, which has a population of around 10 million, reported 5,665 new cases of the coronavirus on Monday, bringing its total since the start of the pandemic to nearly 115,000. It has reported 1,295 deaths.