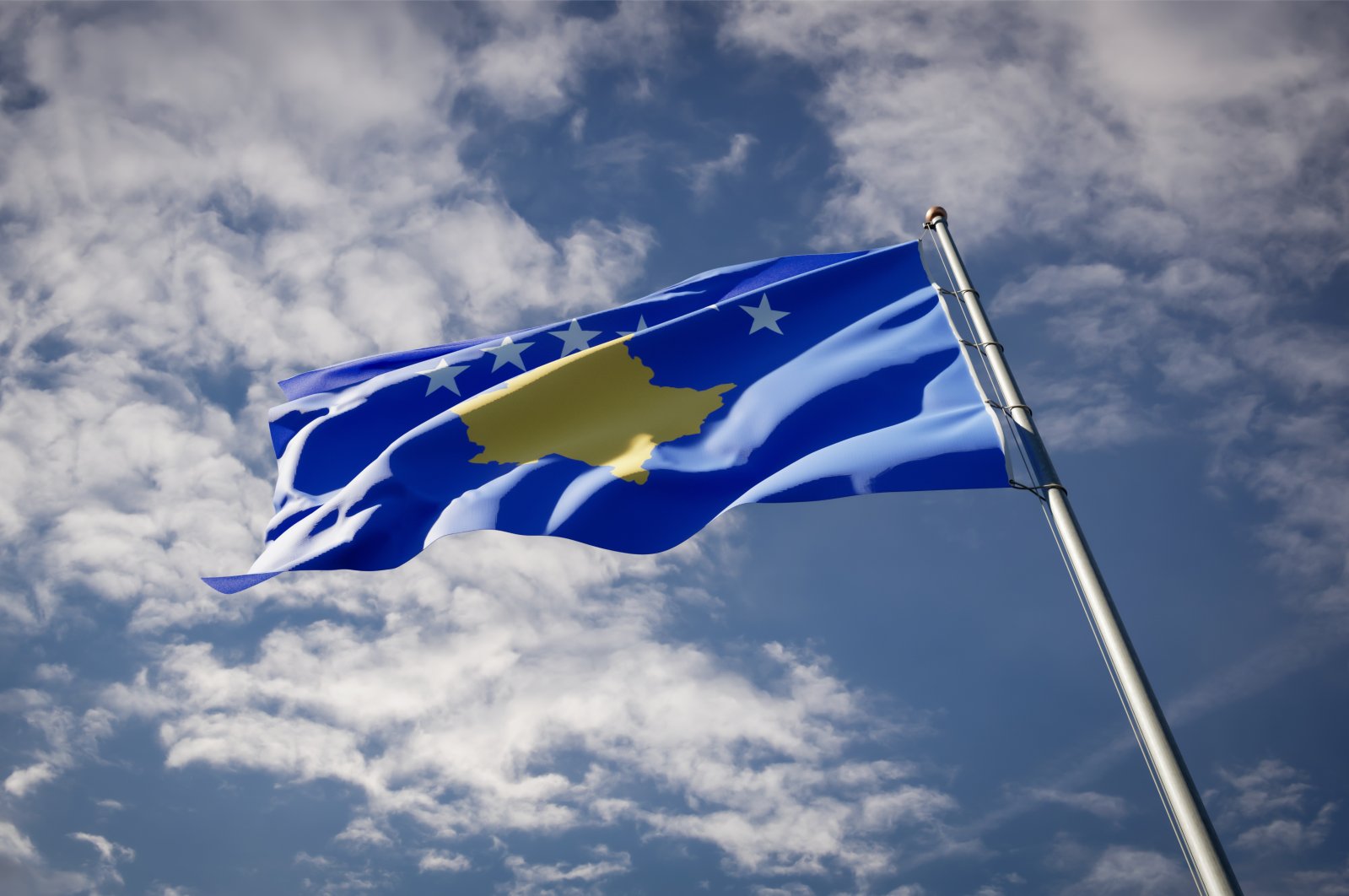 In this undated photo the national state flag of Kosovo flutters against the blue sky. (Shutterstock Photo)
by Daily Sabah with AP
Mar 31, 2021 4:02 pm

Kosovo considers the opening of the country's embassy in Jerusalem to be "a done deal” amid growing pressure from the international community which denounced the move, arguing that the decision is violating international law, in particular, the United Nations resolutions adopted on the Palestinian issue.

Kosovo's new Foreign Minister Donika Gervalla was asked during an interview about the pressure Turkish President Recep Tayyip Erdoğan has put on Kosovo's new government to reconsider the Balkan nation’s recent opening of an embassy in Jerusalem.

"I believe that the issue of our embassy in Israel is a done deal. Why is it a done deal? Because we cannot get involved in diplomatic adventures to reconsider an issue that already has ended,” Gervalla said during the Tuesday night interview with online news site Kallxo.com.

Gervalla said Kosovo wants to strengthen ties with Israel but also wants to have "a good friendship, good ties with Palestinian authorities.”

Kosovo established diplomatic ties with Israel on Feb. 1 and earlier this month became the first European country and the first Muslim-majority nation to establish an embassy in the western part of Jerusalem.

The moves followed a White House summit Kosovo's former prime minister, Avdullah Hoti, attended in September with then-U.S. President Donald Trump and Serbian President Aleksander Vucic. The establishment of relations between Kosovo and Israel was preceded by agreements on the normalization of relations reached in recent months between the Jewish state and four Arab countries, the United Arab Emirates (UAE), Bahrain, Sudan and Morocco. Since then, Israel has been trying to convince world countries to transfer their embassies from Tel Aviv to Jerusalem.

Palestinians claim East Jerusalem, captured by Israel in the 1967 Mideast war and later annexed, as the capital of a future state. Most nations have their Israel embassies in Tel Aviv. The United States and Guatemala are the only other countries with embassies in Jerusalem.

Erdoğan asked Kosovo to reconsider the opening of the Israeli embassy in Jerusalem in a letter of congratulation to Prime Minister Albin Kurti after he took office last week.

The Turkish Foreign Ministry denounced Kosovo’s decision to open its embassy to Israel in Jerusalem. In a statement the ministry said it condemns in “strongest terms” Kosovo’s decision, while expressing concern about the decision.

The ministry also noted that the leaders of a country that suffered great pain have ignored the situation of the Palestinian people, who have been subjected to occupation and human rights violations for decades.

“By acting in such a manner, Kosovar leaders have violated relevant U.N. resolutions regarding Jerusalem’s status, as well as the status quo under the scope of the peace process and have damaged the vision of a two-state solution and hopes for peace in the region,” the ministry said. The ministry also urged Kosovo to use common sense and renounce its “irresponsible and lawless step.”