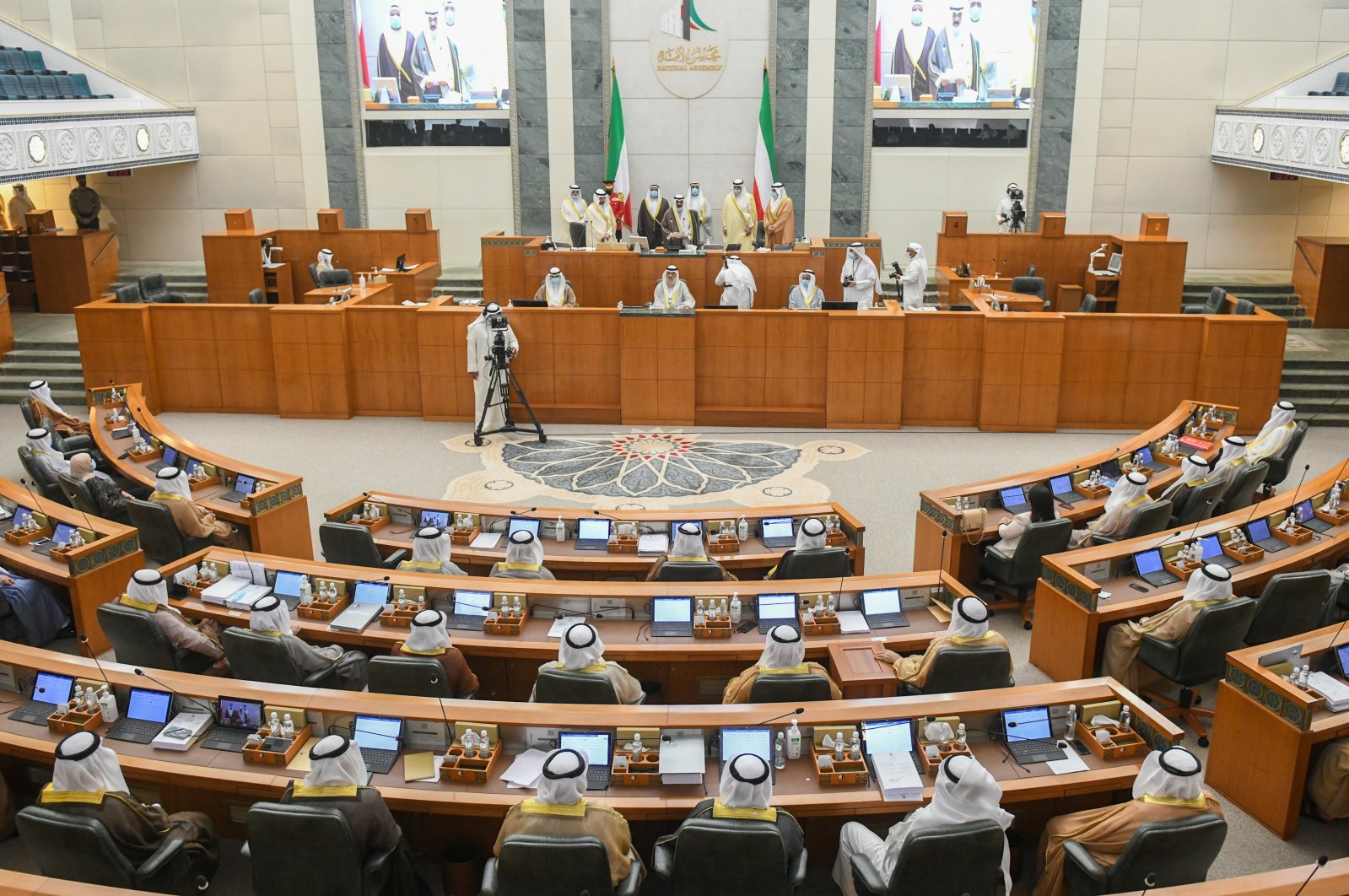 According to the state-run Kuwait News Agency, all 59 members who attended a special parliament session voted in favor of the new crown prince.

Sheikh Meshal took the oath of office in the National Assembly, pledging the Gulf Arab state's commitment to democracy and peace and calling on Kuwaitis to shun divisions.

The new ruler Emir Sheikh Nawaf, 83, assumed power last Wednesday in the U.S.-allied Organization of the Petroleum Exporting Countries (OPEC) member state as it faces a liquidity crunch caused by low oil prices and the COVID-19 pandemic against the backdrop of continued tensions between neighbors Saudi Arabia and Iran.

Sheikh Meshal, in televised remarks, said Kuwait would uphold its regional and international commitments and "its path of peace and democratic approach."

He pledged to "raise the banner of popular participation and promote a tolerant spirit that shuns division."

Diplomats and analysts say that because of his low-key style and age, Emir Sheikh Nawaf may delegate a larger portion of responsibilities to Sheikh Meshal, a forceful figure who had been deputy head of the National Guard since 2004 and before that headed state security for 13 years, shunning public-facing roles.

Known for his strict personality, Sheikh Meshal was the frontrunner for the crown prince position, despite his distance from the country's political circles.

He was close to the recently departed Sheikh Sabah and accompanied the late emir on all his medical trips, including his last one to the U.S.

Sheikh Meshal is the seventh son of Sheikh Ahmad Al Jaber Al Mubarak Al Sabah, who ruled Kuwait from 1921 to 1951, and the half-brother of Sheikh Jaber, who was in power for 28 years.

Sheikh Nawaf and Sheikh Meshal, both brothers of the late ruler, are expected to focus on domestic issues as the country prepares for parliamentary elections this year and the government tries to shore up its finances.