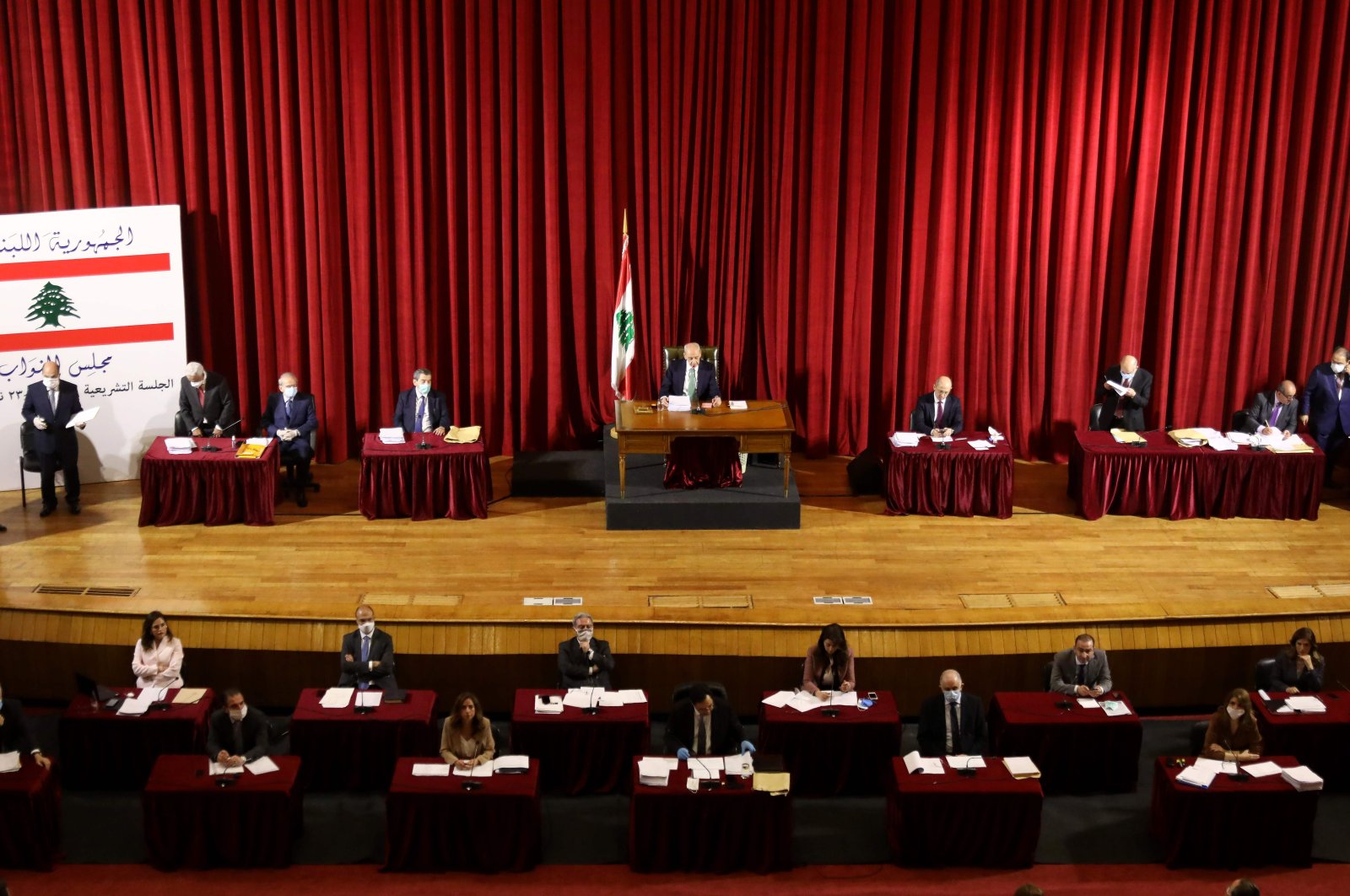 Lebanese parliament holds a meeting at the Unesco Palace in the capital Beirut as part of measures to halt the spread of the novel coronavirus, on April 21, 2020. (AFP Photo)
by German Press Agency - DPA Apr 21, 2020 10:18 pm

Lebanon's lawmakers on Tuesday approved a bill to legalize the cultivation of cannabis for medical use in an effort to boost the country's troubled economy.

Although it is illegal, Lebanon has long been one of the world's biggest producers of hashish.

Lawmakers have long been trying to legalize cannabis production for medical use. They argue it would pump revenue into the struggling economy, currently in its worst crisis since the 1975-90 civil war.

The International Monetary Fund has projected that Lebanon's economy will shrink 12%in 2020.