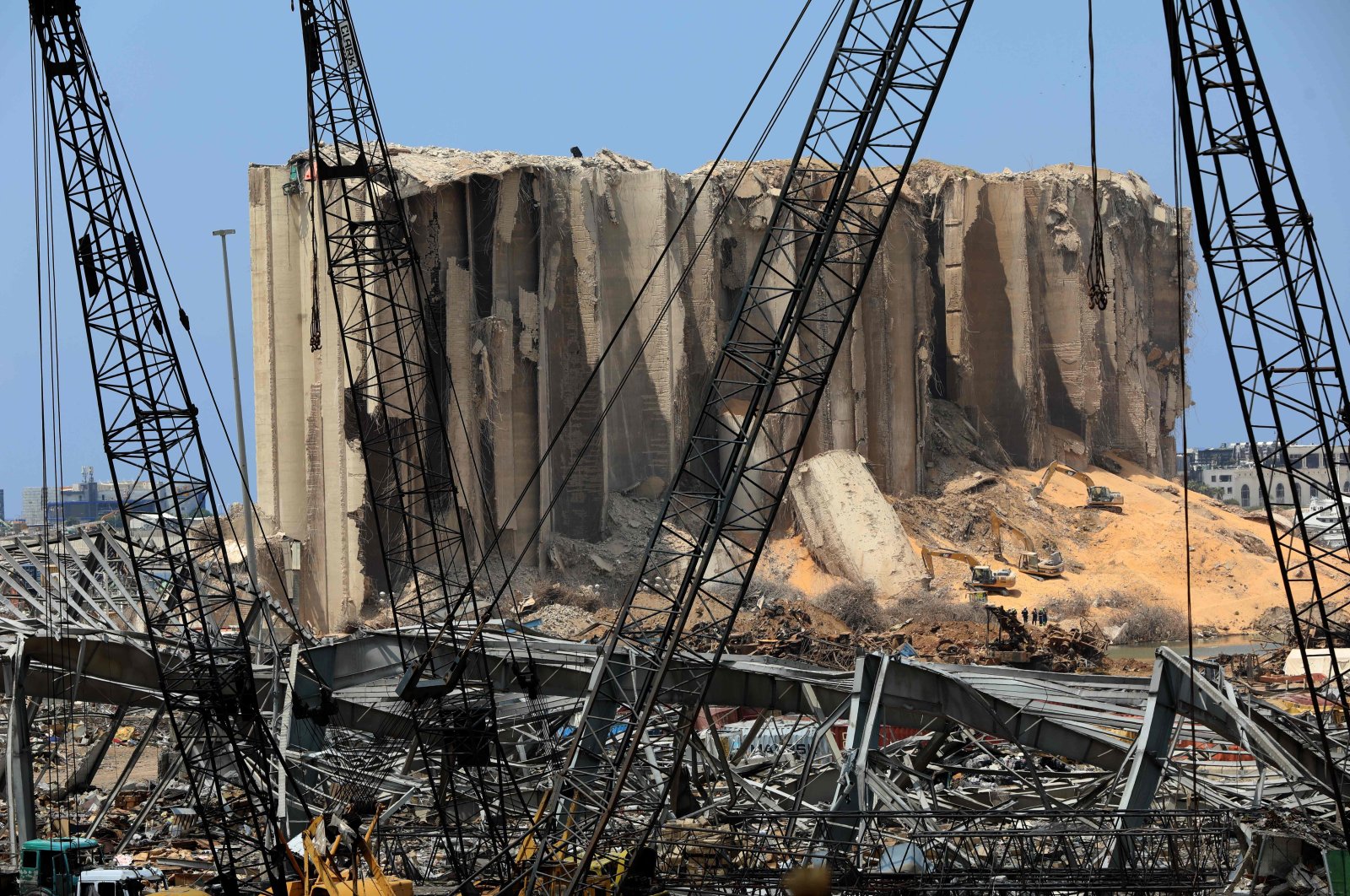 Rescuers use excavators to clear the rubble at the site of damaged grain silos at the Port of Beirut, Lebanon, Aug. 12, 2020. (AFP Photo)
by DAILY SABAH WITH AGENCIES Aug 13, 2020 1:24 pm
RECOMMENDED

Israel is responsible for the deadly explosion that shattered Beirut on Aug. 4, Lebanese former Interior Minister Nohad Machnouk told a press conference Wednesday. “This operation in Beirut was carried out by Israel in a clear and explicit manner,” Machnouk said, adding: “It is clear we are looking at a crime against humanity, and therefore no one dares to claim responsibility for it.”

The massive explosion in Beirut's port killed more than 170 people, injured about 6,000 others and caused widespread damage. The blast appeared to have been triggered by a fire that ignited ammonium nitrate that had been stored at the port for years, though it was unclear what sparked the fire.

The blast has prompted questions about the government's ability to serve Lebanon, especially amid allegations that officials had known the potentially explosive chemical believed to have caused the blast was being stored near a heavily populated area for years. It emerged that Lebanese security officials warned the prime minister and president last month that some 2,750 metric tons of ammonium nitrate stored in Beirut's port posed a security risk and could destroy the capital if they exploded, according to documents seen by Reuters and senior security sources.

Lebanon is locked in a conflict with Israel over an 860-square-kilometer (some 332-square-mile) area in the Mediterranean known as Zone No. 9, which is rich in oil and gas. Beirut announced in 2016 its first round of licenses for conducting seismic research in the zone.

The blast has sparked speculations over a potential link of the Hezbollah group to the deadly incident. Hezbollah shares the blame with some saying the blast was caused by an Israeli airstrike on its depots. Others say Hezbollah was deliberately keeping the materials at the warehouse to later use them against Israel.

Some other speculations connect the blast to U.S. sanctions aimed at limiting the role of Hezbollah in Lebanon and the region. Fears have risen that a settlement could be reached with international powers to reduce Hezbollah's influence in the region by pulling out from Syria and the region and returning to Lebanon, a move which could increase its influence in the country with a history of volatile sectarian politics.

Qassem Kassir, a political analyst who keeps a close eye on the group, said in case of any such settlement, Hezbollah will return to the domestic politics of Lebanon and seek a greater political role. "The priority now is to form the government, and Hezbollah prefers a national unity government headed by Saad Hariri," he told Anadolu Agency (AA). The Lebanese Cabinet resigned in the aftermath of the blast and amid popular anti-government protests in the country. Kassir said in the vacuum left behind Hezbollah will seek to rearrange Lebanese politics.