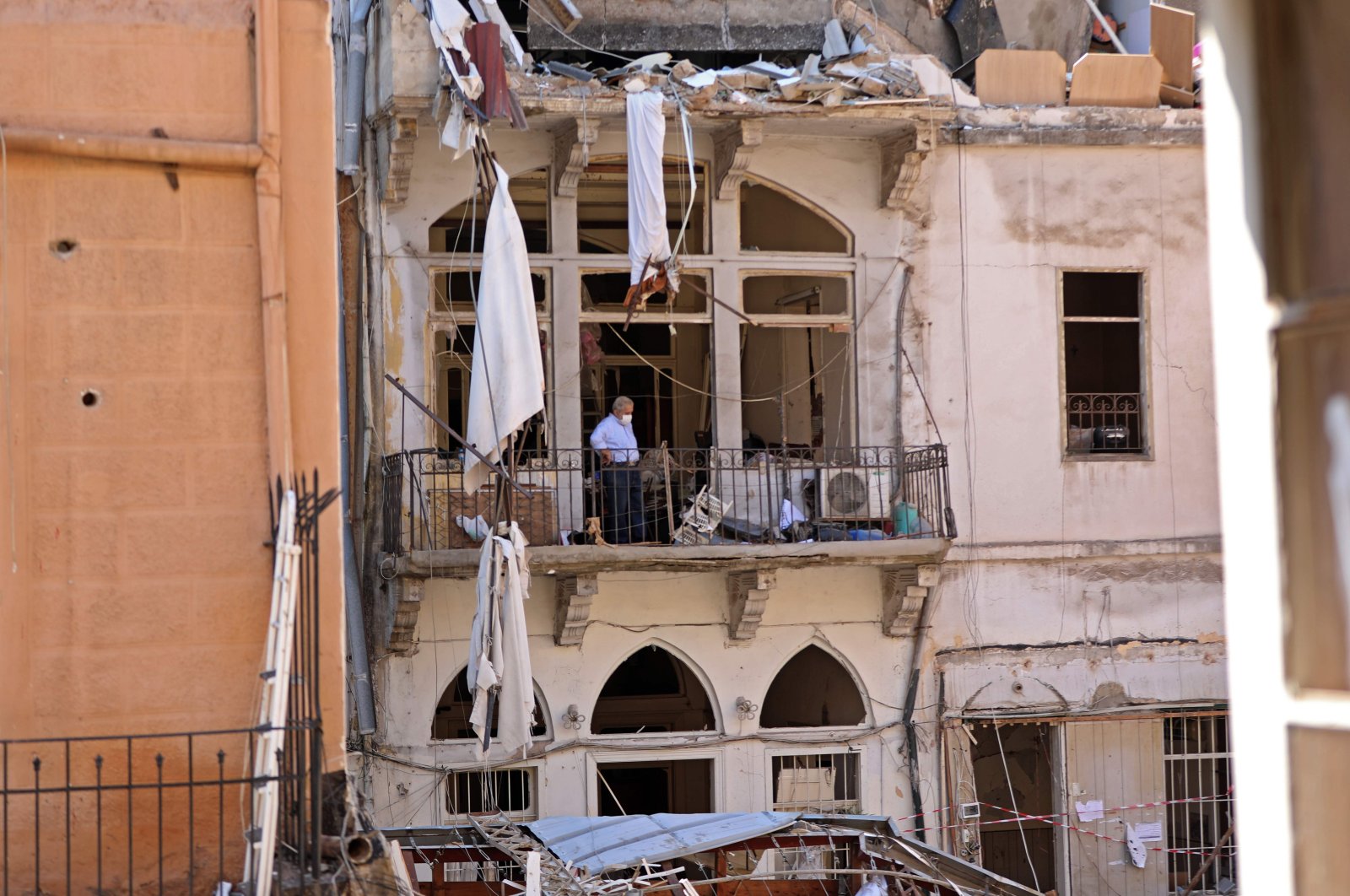 Lebanon is facing a surge in coronavirus cases after a devastating blast at the Port of Beirut earlier this month killed scores and wounded thousands, prompting medical officials to urge Monday for a two-week lockdown to try to contain the pandemic.

"We have already reached the brink of the abyss, and we no longer have the luxury of time," the country's caretaker Minister of Public Health Hamad Hassan said at a news conference. On Sunday, Lebanon registered a record high of 439 new coronavirus cases. The total number of COVID-19 cases in the country has reached 8,881, with 103 deaths. "The explosion at the Beirut port is painful and its repercussions at the national level are dire, but it also has direct repercussions on the behavior of the epidemic and its spread," he added.

Virus numbers were expected to rise following the Aug. 4, explosion of nearly 3,000 tons of ammonium nitrate stored at the port. Around 180 people were killed, more than 6,000 wounded and a quarter of a million left with homes unfit to live in. The blast overwhelmed the city's hospitals and also badly damaged two that had a key role in handling virus cases.

Ahead of the surge, medical officials had warned of the dangers of crowding at hospitals in the aftermath of the explosion, at funerals or as people searched through the rubble. The country's health sector has been challenged by the pandemic that hit amid an unprecedented economic and financial crisis. The explosion in Beirut’s port only increased the pressure on the Lebanese capital’s hospitals, knocking out at least three of them. Richard Brennan, the World Health Organization's (WHO) regional emergency director, said last week that having assessed 55 clinics and health centers in the Lebanese capital, "just over 50% are nonfunctional."

Protests and demonstrations also broke out after the blast as Lebanese vented their anger at the ruling class and decadeslong mismanagement.

Separately, the United Nations Relief and Works Agency for Palestine Refugees in the Near East (UNRWA) said four Palestinians died of the virus over the weekend – doubling to eight the number of dead so far in Palestinian camps.

Initially, strict measures had kept the numbers of cases under control in Lebanon but they surged after a lockdown and nighttime curfew were lifted and the country's only international airport reopened in early July.

For the Lebanese people, who have watched helplessly as their economy has collapsed in recent months, the devastating explosion in Beirut is one disaster too many. The deadly blasts struck at a time when Lebanon's currency has plummeted against the dollar, businesses have closed en masse and poverty has soared at the same alarming rate as unemployment.

Nearly half of Lebanese now live below the poverty line, according to official statistics. Economic difficulties were a key driver of mass protests that began last year against a political system widely seen as corrupt and inept. The economic crisis has been compounded by the loss of income caused by restrictions to stem the COVID-19 pandemic.