Lebanon hit by unprecedented wildfire that spreads to Syria 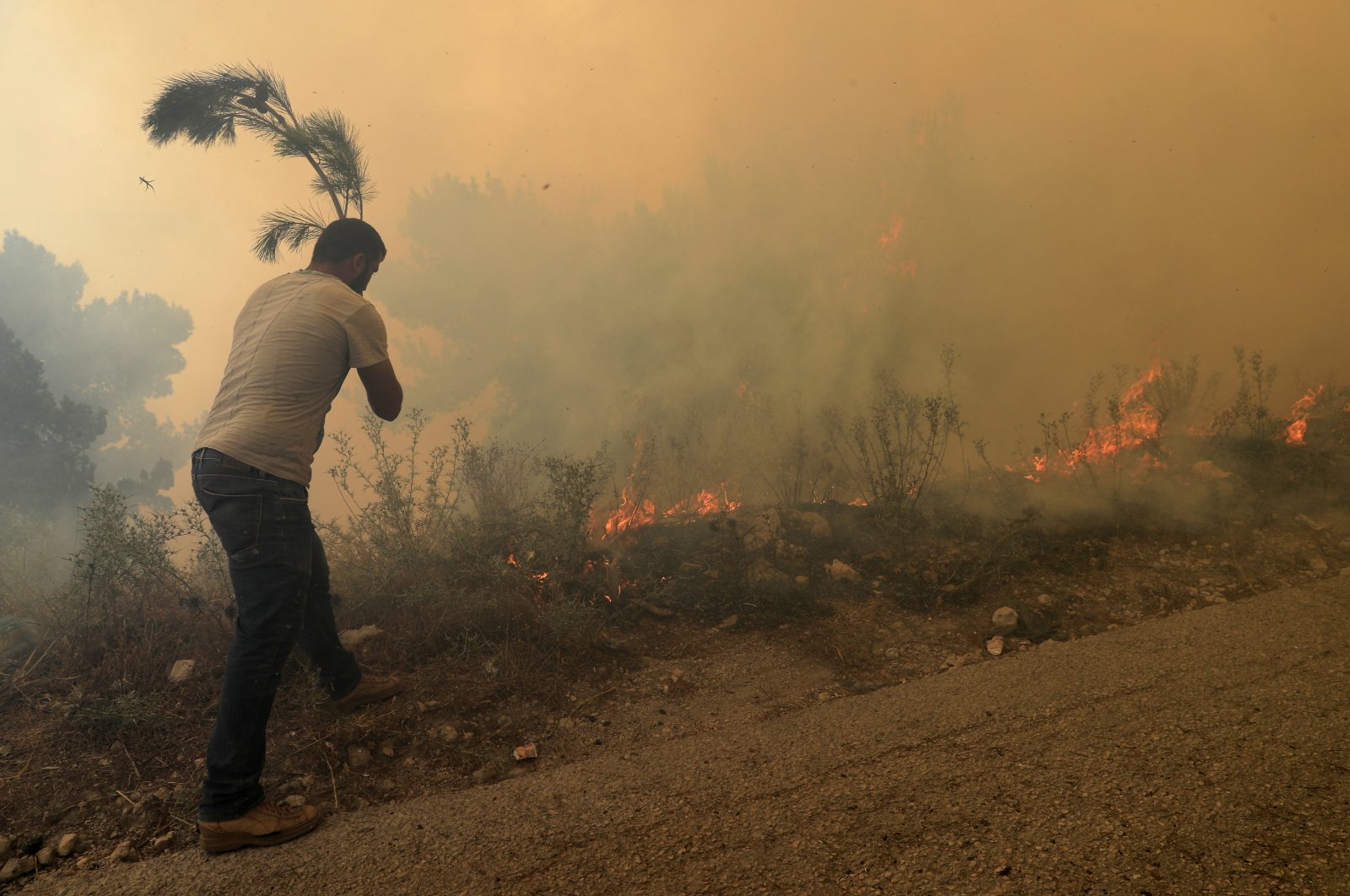 Lebanese firefighters struggled for the second day on Thursday to contain wildfires in the country’s north that have spread across the border into Syria, civil defense officials in both countries said.

The fires killed at least one person, a 15-year-old boy, who was helping firefighting efforts in Lebanon. Lebanon’s civil defense said it deployed 25 firetrucks to put out the blaze, supported by four air force helicopters and military units. But the fires continued to rage, spreading east, and have already affected large swaths of forest in the mountainous north.

Residents posted videos and images of scorched forests, blackened trees and fires on mountaintops, as the blaze closes in on the village of Qobayat. There was no official estimate yet of the area affected.

Lebanon’s Red Cross said late Wednesday it had evacuated 17 people and treated more than 30, including eight who have been hospitalized.

"There are lots of damages. Lots of losses," said Omar Massoud, the mayor of Andaqt village. He estimated that about 2 million square meters – about 500 acres – of pine and oak forests have been destroyed. "As you see, the weather and the wind ... even with the helicopters of the Lebanese army, they are not able to control the fire,” he told The Associated Press (AP).

The fire began on Wednesday in the northern Akkar province and has since spread across into border areas of Syria's Homs province. The Qobayat trail is described as having some of the most beautiful forests in Lebanon, with oak, pine and cedar trees.

Lebanon’s state-owned National News Agency said late Wednesday the fire spread over the distance of 7 kilometers (4 miles) and was 2 kilometers wide, claiming tens of thousands of pine trees so far. In Syria, Syrian firefighters were also struggling to contain the fires in villages in the al-Qusair area, according to the state news agency SANA.

Syrian military helicopters have also been taking part in the operation since Wednesday. Syrian Civil Defense Chief General Saied al-Awad said gusty winds and high temperatures, as well as rugged terrain, were complicating the operations. Efforts are ongoing to contain the fires away from residential areas, he said, according to SANA.

Lebanon’s government has called for urgent assistance from neighboring Cyprus, which recently fought three days to put out one of its worst brush fires in decades. Lebanon suffered devastating wildfires in October 2019 that lasted for more than two days and spread from the mountains in the Chouf area to just outside the capital of Beirut.

Lack of equipment and preparedness combined with high temperatures and gusty winds caused the fire to rage and destroy much of the forest. The government’s handling of the fires was among the factors that fueled nationwide protests later that month, which were originally called over economic policy.