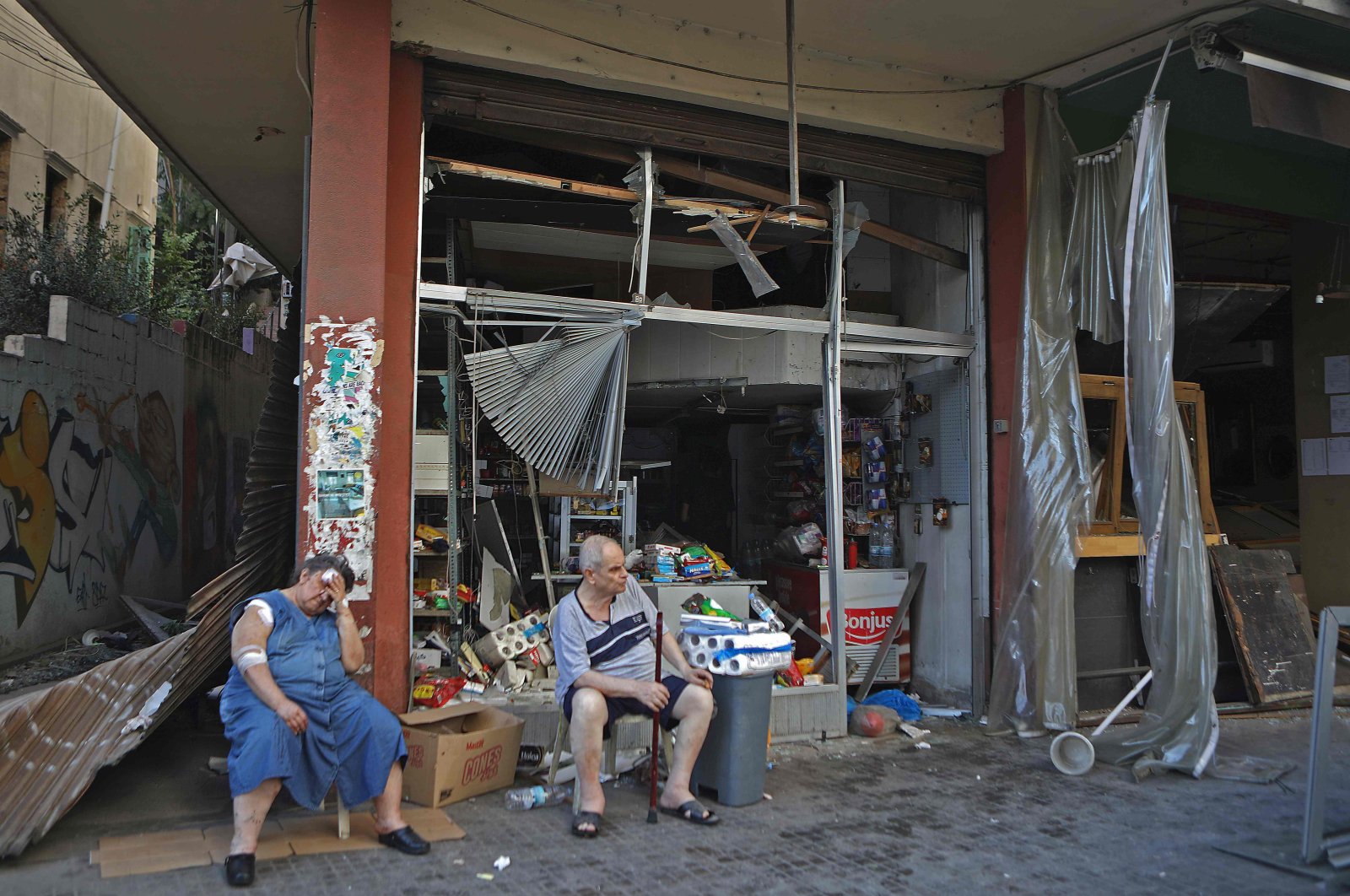 Lebanon is mourning the victims of the deadly explosion in the capital, as many express dismay at the government's oversight regarding the unsafe storage of volatile chemicals

Lebanon on Thursday mourned the victims of the massive blast that killed at least 145 people and injured at least 5,000 as anger has mounted in the country over missed warnings about ammonium nitrate stored at the port.

Many people gathered near the port seeking information on those missing, amid rising public anger at the authorities for allowing a huge quantity of highly explosive material to be stored for years in unsafe conditions in a port warehouse.

The investigation into the explosion is focused on how 2,750 tons of ammonium nitrate, a highly explosive chemical used in fertilizers, came to be stored at the port facility for six years, and why nothing was done about it.

The Port of Beirut and customs office are notorious for being among the most corrupt and lucrative institutions in Lebanon, where various factions and politicians, including the Iran-backed Hezbollah militant group, hold sway.

Fueling speculation that negligence was to blame for the accident, an official letter circulating online showed that the head of the customs department had warned repeatedly over the years that the stockpile of ammonium nitrate was a danger and had asked judicial officials for a ruling on a way to remove it.

The head of Lebanon's customs department meanwhile confirmed in an interview with LBC TV late Wednesday that officials had sent five or six letters over the years to the judiciary asking that the ammonium nitrate be removed because of the dangers it posed.

But Badri Daher said all he could do was alert authorities to the presence of dangerous materials, saying even that was “extra work” for him and his predecessor. He said the port authority was responsible for the material, while his job was to prevent smuggling and collect duties.

The judiciary and the port authority could not immediately be reached for comment. The government said Wednesday that an investigation was underway and that port officials have been placed under house arrest.

The cargo had been stored at the port since it was confiscated from a ship years earlier. Based on the timeline and the size of the cargo, that ship could be the MV Rhosus. The ship was initially seized in Beirut in 2013 when it entered the port due to technical problems, according to lawyers involved in the case. It came from the nation of Georgia and had been bound for Mozambique.

The stockpile is believed to have detonated after a fire broke out nearby in what appeared to be a warehouse holding fireworks. Daher, the customs official, said he did not know if there were fireworks near the ammonium nitrate.

Another theory is that the fire began when welders were trying to repair a broken gate and a hole in the wall of Hangar 12, where the explosive material was being stored. Local news reports say the repair work was ordered by security forces who investigated the facility and were concerned about theft.

The revelation that government negligence may have played a role in the worst explosion in Beirut’s history fueled new anger toward Lebanon’s political class among a population already seething at an ongoing financial crisis that has sunk half the country into poverty.

For the Lebanese people, who have watched helplessly as their economy has collapsed in recent months, the devastating explosion in Beirut is one disaster too many. The Beirut governor estimated up to 300,000 people may have been made temporarily homeless by the disaster, which he said would cost the debt-ridden country $3 billion.

The deadly blasts struck at a time when Lebanon's currency has plummeted against the dollar, businesses have closed en masse and poverty has soared at the same alarming rate as unemployment.

Nearly half of Lebanese now live below the poverty line, according to official statistics. Economic difficulties were a key driver of mass protests that began last year against a political system widely seen as corrupt and inept.

The economic crisis has been compounded by the loss of income caused by restrictions to stem the COVID-19 pandemic. Two-thirds of Lebanese households have seen their income drop, according to a World Food Programme (WFP) survey in June, while two-fifths of those questioned had gone into debt to buy food or pay rent.