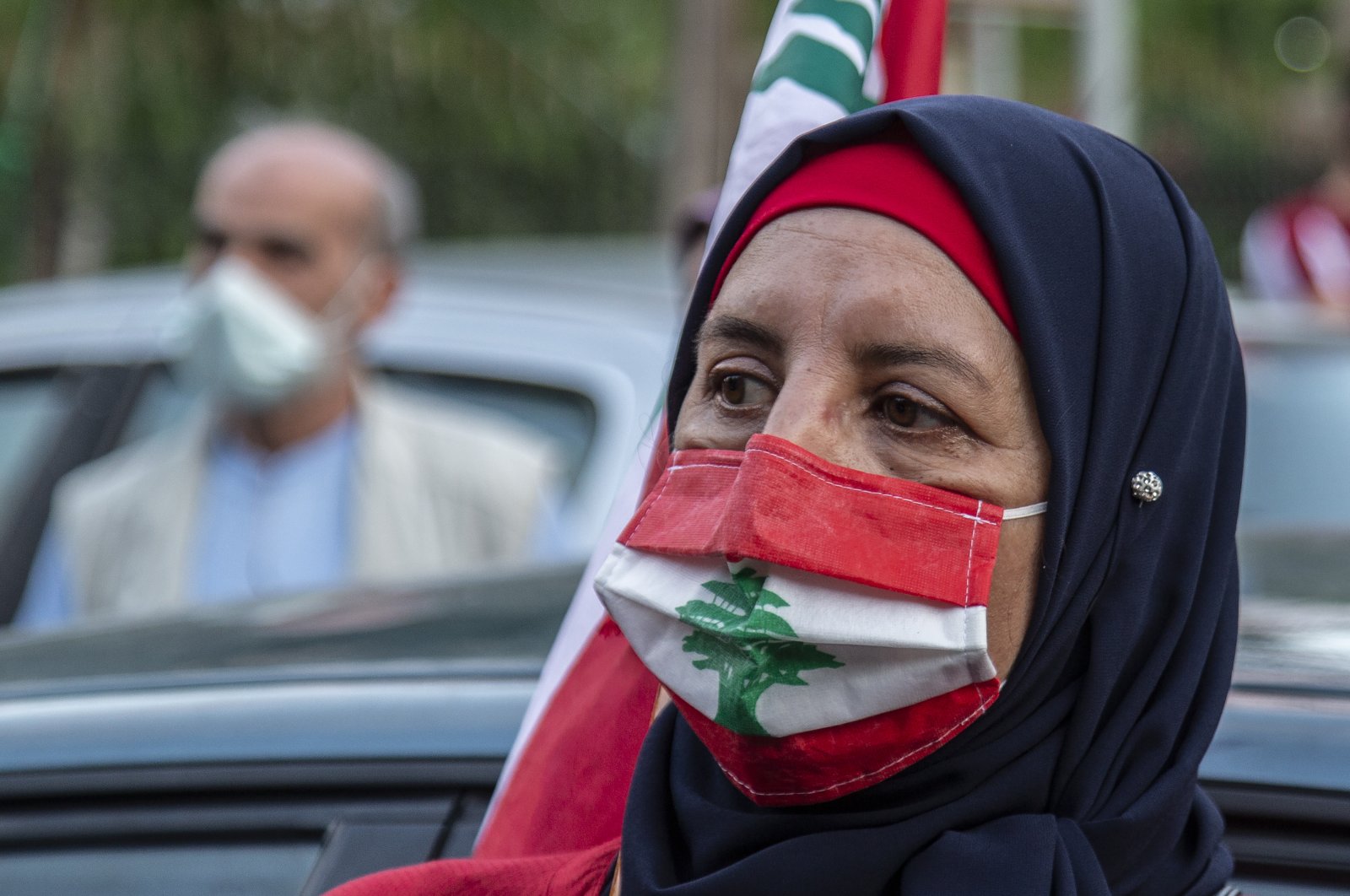 A participant wears a Lebanon flag-themed face mask as she attends a rally in front of the Lebanese interior ministry during a protest over the economic and financial crisis, in al-Hamra area of Beirut, Lebanon, May 29, 2020. (EPA Photo)
by REUTERS Jun 24, 2020 4:51 pm
RECOMMENDED

Parliament Speaker Nabih Berri urged Lebanon's government, central bank and commercial banks on Wednesday to declare a "financial state of emergency" and review all steps to protect the collapsing currency.

He also said Lebanon would not get a penny from the International Monetary Fund (IMF) or any donor state unless it carries out reforms, at the forefront of them accelerating an overhaul of its loss-making electricity sector.

The Lebanese pound has lost about 75% of its value since October, when long-brewing economic troubles mushroomed into a financial crisis regarded as the biggest threat to Lebanon since its 1975-1990 civil war.

With dollars scarce, the financial meltdown has frozen savers out of their deposits and forced up prices in the import-dependent economy.

"It is unacceptable that Lebanese be made hostages of black markets in currency, food, medicine and fuel," Berri said during an emergency meeting of the Amal Movement, the Shiite Muslim party he leads.

Donor states that have provided Lebanon with aid in the past have said it will not receive any until it undertakes reforms to fix the state corruption and waste that are at the root of the crisis. Lebanon began talks with the IMF in May.

"Any Lebanese official will be mistaken if he believes the IMF or any state or donor party can give us one penny of aid if we do not implement reforms," Berri said.

"Frankly, the world and international community believes Lebanon is a bottomless basket, and before this bottom is closed there will be no aid," he said.