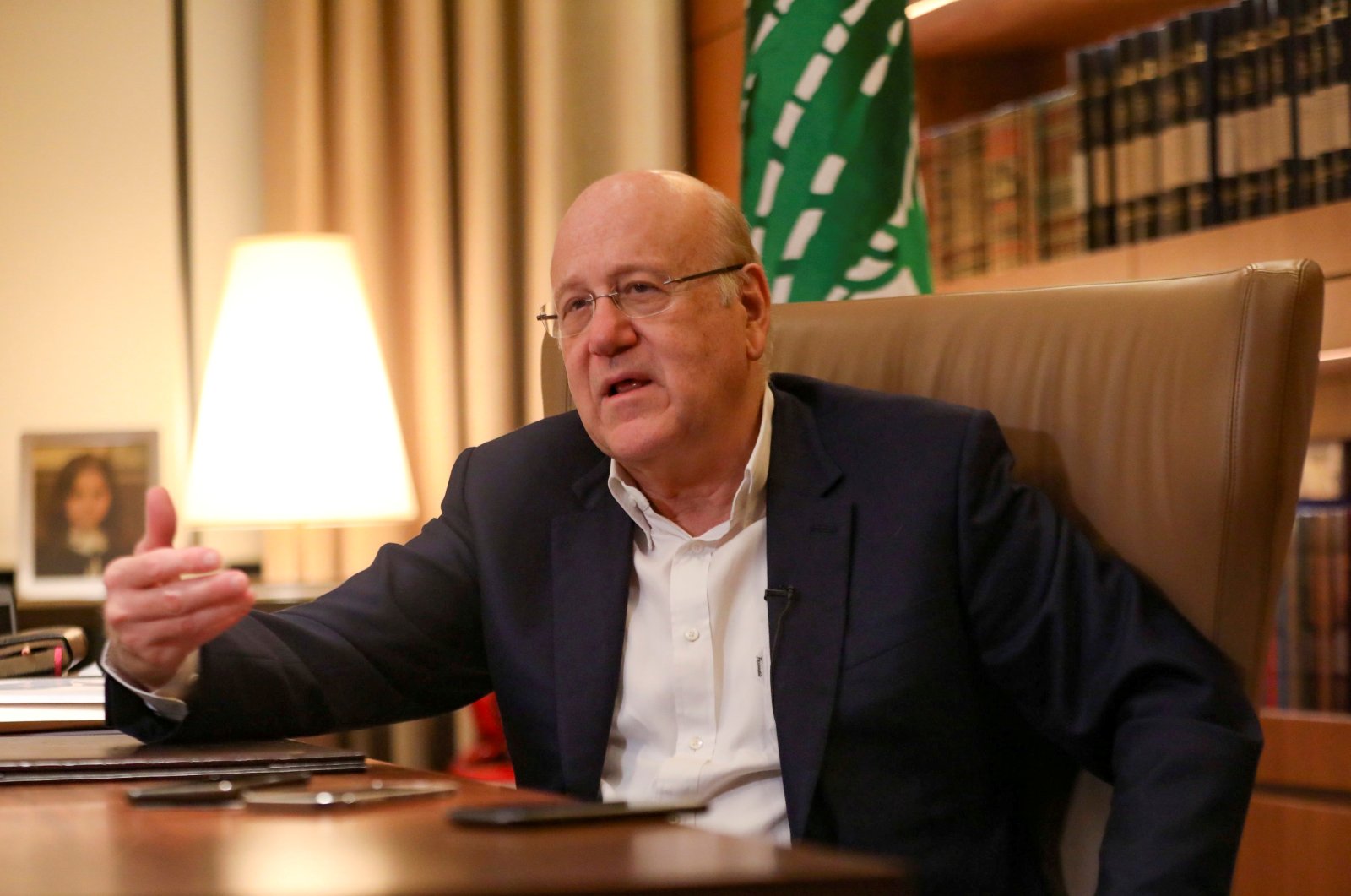 Lebanese Prime Minister Najib Mikati said Monday that his country was facing a "downhill slope" in its growing diplomatic row with Gulf Cooperation Council (GCC) countries, following critical comments made by a minister about the Saudi-led intervention in Yemen.

Mikati said, "We face a downhill slope and if we don't avoid it, we will end up where nobody wants us to," the pro-Iranian Beirut-based Al Mayadeen TV channel reported him as saying. Mikati also urged Information Minister George Kordahi, who made the comments, to "put his patriotic sense above all else" to defuse the crisis with Saudi Arabia.

Saudi Arabia was angered by comments from Lebanon's information minister in which he had described the war in Yemen as an aggression by Saudi Arabia and the United Arab Emirates (UAE). He called the war "absurd,” adding that Yemen’s Iran-backed Houthi rebels have the right to defend themselves. Kordahi, who hosted a game show for years on a Saudi-owned TV station, has refused to apologize, saying his comments meant no offense to the kingdom. The comments were recorded weeks before Kordahi became minister. But Riyadh reacted swiftly once the comments spread online.

Saudi Arabia expelled the Lebanese envoy to Riyadh and banned all of Lebanon's imports to the kingdom on Friday. Bahrain and Kuwait also summoned their envoys while UAE withdrew all its diplomats from Beirut and banned its citizens from traveling to the country. Kordahi has said his comments were made before becoming a minister and that he would not resign. On Monday, Al Mayadeen cited Mikati as saying that his appeal to Kordahi to put the national interest first had not been heeded.

The diplomatic row between Lebanon and Saudi Arabia is aggravating divisions in Lebanon, already reeling from an economic meltdown and its own social tensions. Some are pushing for the resignation of the Cabinet minister whose comments sparked the crisis, in order to protect economic and political ties with the Gulf. Others are defending him, describing calls for his removal as extortion.

The head of Lebanon's Maronite Catholic Church said the crisis with Saudi Arabia and other Gulf nations threatens to undermine the interests of thousands of Lebanese living in those countries, as well as Lebanese businesses that depend on them. In his Sunday Sermon, Cardinal Bechara Rai suggested he wants the minister to resign.

"We look forward to the President and the Prime Minister and all those concerned to take a decisive action to remove the explosive fuse threatening the Lebanese-Gulf relations,” the Cardinal said.

The GCC is a six-member regional body comprised of Saudi Arabia, Kuwait, Bahrain, the UAE, Oman and Qatar.

The Lebanese-Saudi Business Council, an association that represents businesspeople from both countries warned Sunday of the crisis’ impact on trade and the fortunes of thousands of Lebanese living in the Gulf. "We call on all officials to take the necessary measures to dismiss the information minister who caused an unprecedented crisis with Saudi Arabia and other Gulf nations,” the council said in a statement.

Politicians from leading Lebanese parties also called for his removal. But in a sign the crisis is deepening divisions in Lebanon, allies of the country's powerful Iran-allied Hezbollah group rallied behind Kordahi, rejecting what they called Sunday "a frenzied campaign” to remove him. Saudi Arabia sees Hezbollah as an agent of its bitter rival, Iran.

An umbrella group of parties and public figures supporting Hezbollah said the aim of the attack on Kordahi is "extorting Lebanon, inciting against the resistance (in reference to Hezbollah) and stirring sedition.”

"We won't accept that our country becomes a hostage to the extortion of a sisterly country or a foreign country," he said in comments to the media.

Meanwhile, Kordahi told Lebanese TV station Al-Jadeed that his resignation is currently not on the table. Lebanese relations with Saudi Arabia have been strained over growing Iranian influence in the small nation, where Riyadh has traditionally been a powerful ally. But the current crisis is its worst rift in years with the Gulf nations.

Saudi Foreign Minister Faisal bin Farhan told the Saudi-owned Al-Arabiya TV that the crisis is bigger than Kordahi's comments, and is rooted in Hezbollah's dominance of Lebanese politics.

"There is not a crisis between us and Lebanon. There is a crisis in Lebanon because of the domination of Iran’s agents on the scene," the foreign minister said. "This is what concerns us and this is what makes dealing with Lebanon futile for the kingdom and Gulf countries.” Lebanese officials have sought mediation from Washington with Saudi Arabia.

The head of Lebanon’s government, Najib Mikati, flew to London, then Glasgow, where he is expected to meet with foreign dignitaries in search of a resolution to the row. Yemen has been convulsed by civil war since 2014, when the Houthis captured the capital, Sanaa, and much of the country's north.

That forced the internationally recognized government to flee to the south, then to Saudi Arabia. A Saudi-led coalition entered the war in March 2015, backed by the United States, to try to restore the government to power. Despite a relentless air campaign and ground fighting, the war has deteriorated largely into a stalemate and spawned the world’s worst humanitarian crisis. Both sides are accused of grave human rights violations.