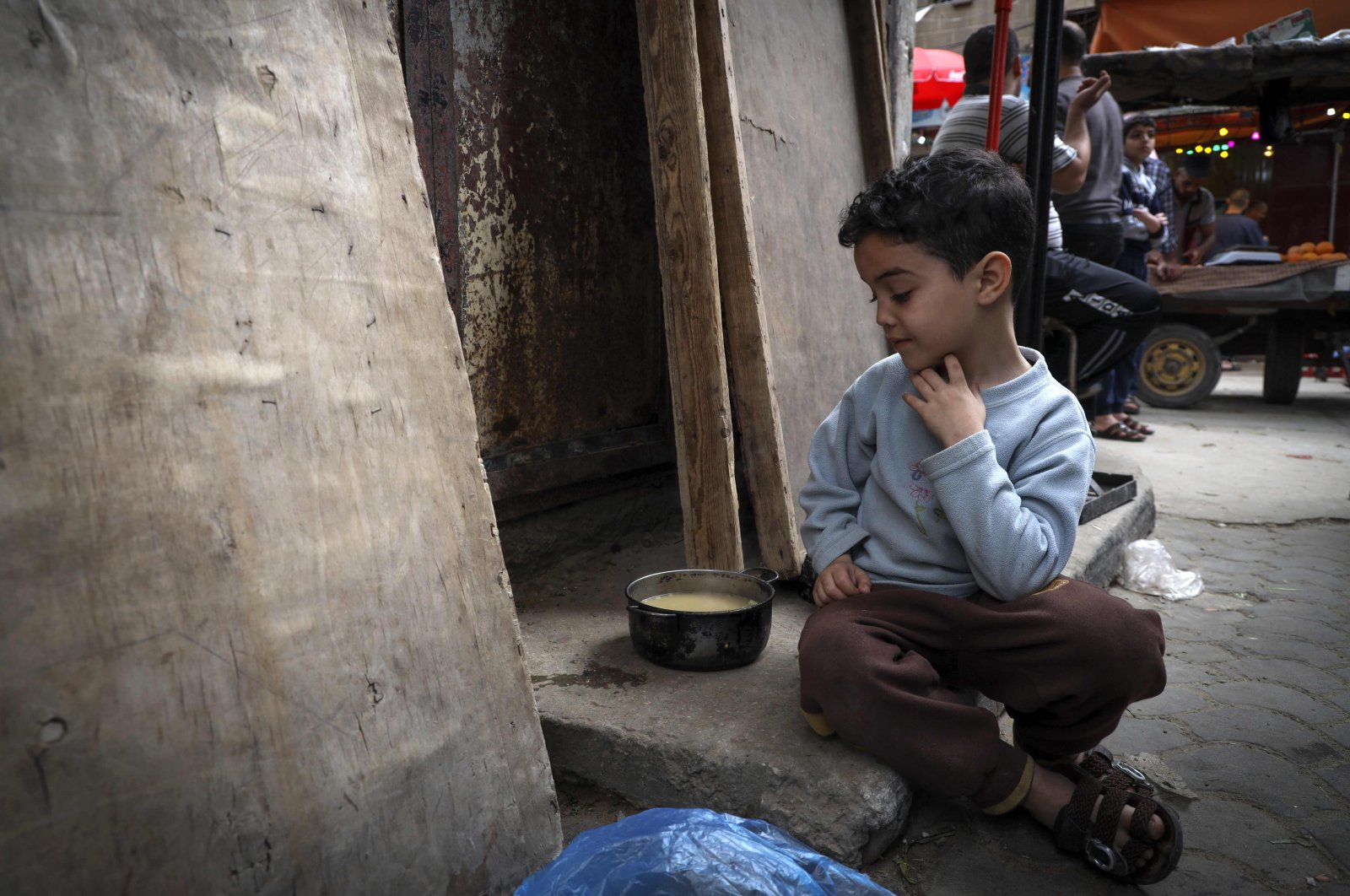 A Palestinian boy looks at his portion of soup, given out to poor families during the holy month of Ramadan, Gaza City, Palestine, April 24, 2020. (AFP Photo)
by French Press Agency - AFP Apr 27, 2020 4:19 pm
RECOMMENDED

Restaurants in Gaza were to be allowed to reopen from Monday, the economy ministry in the Hamas-run enclave announced, following pleas from restaurant owners to ease economic suffering.

"It was decided to allow restaurants and cafes in the (Gaza) Strip to reopen their doors to customers starting from today, the ministry said in a statement.

Under the decision based on health ministry recommendations, restaurants must continue to observe social distancing rules, it said.

Since the middle of March, the Hamas government has imposed strict measures to avoid a widespread outbreak of COVID-19. Schools, universities, mosques and restaurants have been closed.

So far Gaza has recorded only 17 confirmed cases of the novel coronavirus, all Palestinians returning from outside the Gaza Strip. Those who contracted the virus have been placed in isolation immediately upon their return.

There are no confirmed cases among Palestinians who stayed inside Gaza, according to Hamas.

Gaza's population is overwhelmingly Muslim and most people are observing the holy month of Ramadan, including fasting from sunrise to sunset before eating large meals with their families.

Salah Abu Haseera, head of the Committee for Restaurants, Hotels and Touristic Services in Gaza, told Agence France-Presse (AFP) the ministry's decision "came after an appeal to open restaurants to avoid further losses and a serious recession."

Restaurants reopening could allow some 2,500 people to return to work, he said.

Gaza, blockaded by Israel for 14 years, suffers from poverty rates close to 50%. Israel’s long-standing blockade has created serious obstacles for Gazans to have access to a variety of medical supplies. Gaza’s health system of 13 public hospitals and 14 clinics, run by nongovernmental organizations, has buckled under persistent blockade-linked shortages of medicine and surgical supplies.