Low turnout in Iranian elections as sign of protest 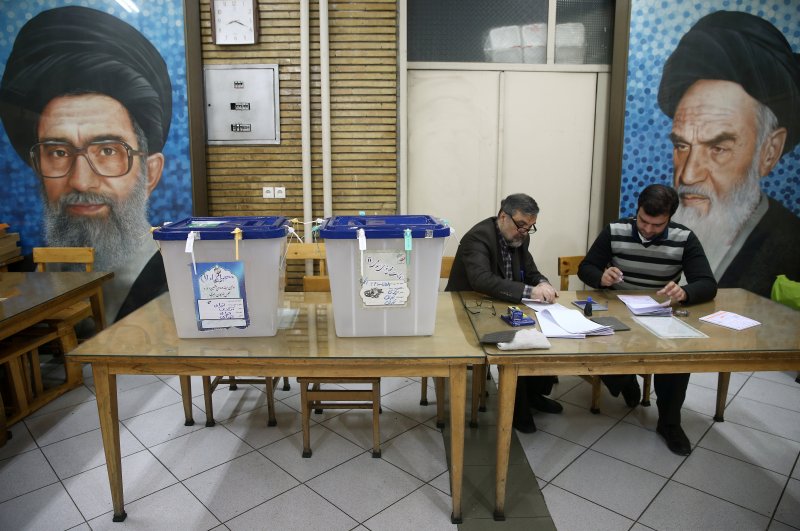 After the disqualification of thousands of moderate and reformist candidates, the conservatives claimed victory, but the low turnout was seen as a form of silent protest by the people brutally silenced ahead of the elections

Voter turnout slumped to its lowest since 1979, when the current regime, under the leadership of Ayatollah Ruhollah Khomeini, seized power after the ousting of the country's last Shah, Reza Pahlavi.

Turnout dwindled to 42.5%, indicating that the brutally suppressed protests had manifested themselves into an unofficial boycott of the elections after various reformist figures had been banned from running in the elections.

Iran’s conservatives declared victory on Sunday evening after winning all 30 of the government. Conservative newspapers hailed the results as a victory against the U.S., with which tensions are at an all-time high after the killing of Qassem Soleimani last month in Iraq.

In fact, Iranian people are wary of the ongoing tensions with the U.S., Israel and the involvement of their country in the wars and conflicts in the Middle East, from Yemen to Syria.

During the protests in the last few months, demonstrators chanted slogans against the regime’s foreign policy and called for change, only to be brutally suppressed. Although it is impossible to authenticate the numbers, it is estimated that thousands of people were killed by security forces.

The brutal crackdown was followed by the barring of more than 7,000, mostly moderate and reformist potential candidates. At least 90 of the disqualified potential candidates were already lawmakers. The low turnout seems to mark a silent protest against the regime, although Interior Minister Abdolreza Rahmani Fazli said: “We held these elections when there were various incidents in the country. We had bad weather, there was the coronavirus and there was the plane crash,” referring to the downing of the Ukrainian jet by an Iranian missile that killed 176 people.

While Fazli found the turnout “acceptable under these circumstances,” the country’s supreme leader, Ayatollah Ali Khamenei, accused the foreign media of carrying out negative propaganda. He said it “began a few months ago and grew larger with the approaching election and in the past two days, under the pretext of this illness. Their media did not miss the slightest opportunity to discourage people from voting. (Our enemies) are even opposed to an election by the Iranian people.”

President Hassan Rouhani, who is under mounting pressure due to the conservatives outbreak, criticized the disqualification of potential candidates by the Guardian Council, which acts under the supreme leader’s command. “The disqualification was akin to customers being told they have options but being offered just one brand at a store.” In fact, in previous elections in 2016, turnout came to nearly 62% and led to reformists securing a considerable number of seats in Parliament.

Amid increased tensions with the U.S., the victory of the conservatives is likely to lead Iran to adopt a harshened rhetoric, to be unwilling to compromise with the U.S. and to enact stricter measures against regime dissidents.

The conservatives in Tehran were led by Mohammad Bagher Qalibaf, former head of the Islamic Revolutionary Guard Corps’ air force wing. He is expected to become speaker of the incoming Parliament. His victory will strengthen the Revolutionary Guards’ position in the country.

The Iranian regime may also impose more rigid measures against its people, who refused to cast a ballot in light of repressive measures. The regime will likely harshen its tone against the U.S. and Israel which will only cause further destabilization in the Middle East.