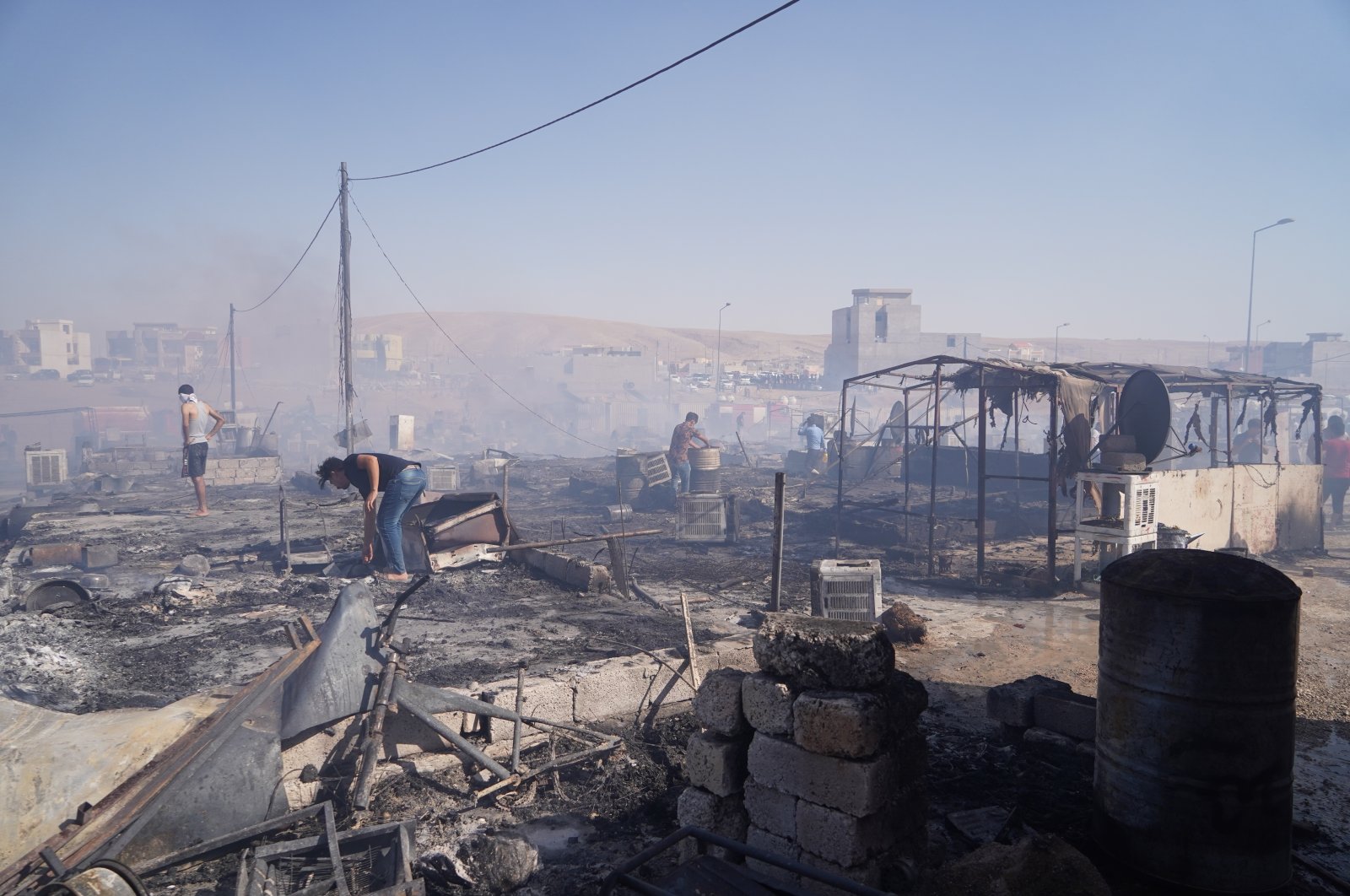 Survivors sift through the remains of tents destroyed during a massive blaze that swept through the Yazidi refugee camp in Duhok, Iraq, June 4, 2021. (AA Photo)
by German Press Agency - DPA Jun 04, 2021 11:20 pm

The camp in the province of Duhok is home to thousands of displaced members of Iraq’s Yezidi religious minority community, the agency said.

“Civil defense teams managed to control the fire. An investigation has started to determine its cause,” he added.

At least six people were injured in the fire, according to INA.

The Yezidis, the followers of an ancient faith, were the target of atrocities perpetrated by Daesh terrorists, who overran swathes of Iraq in 2014.