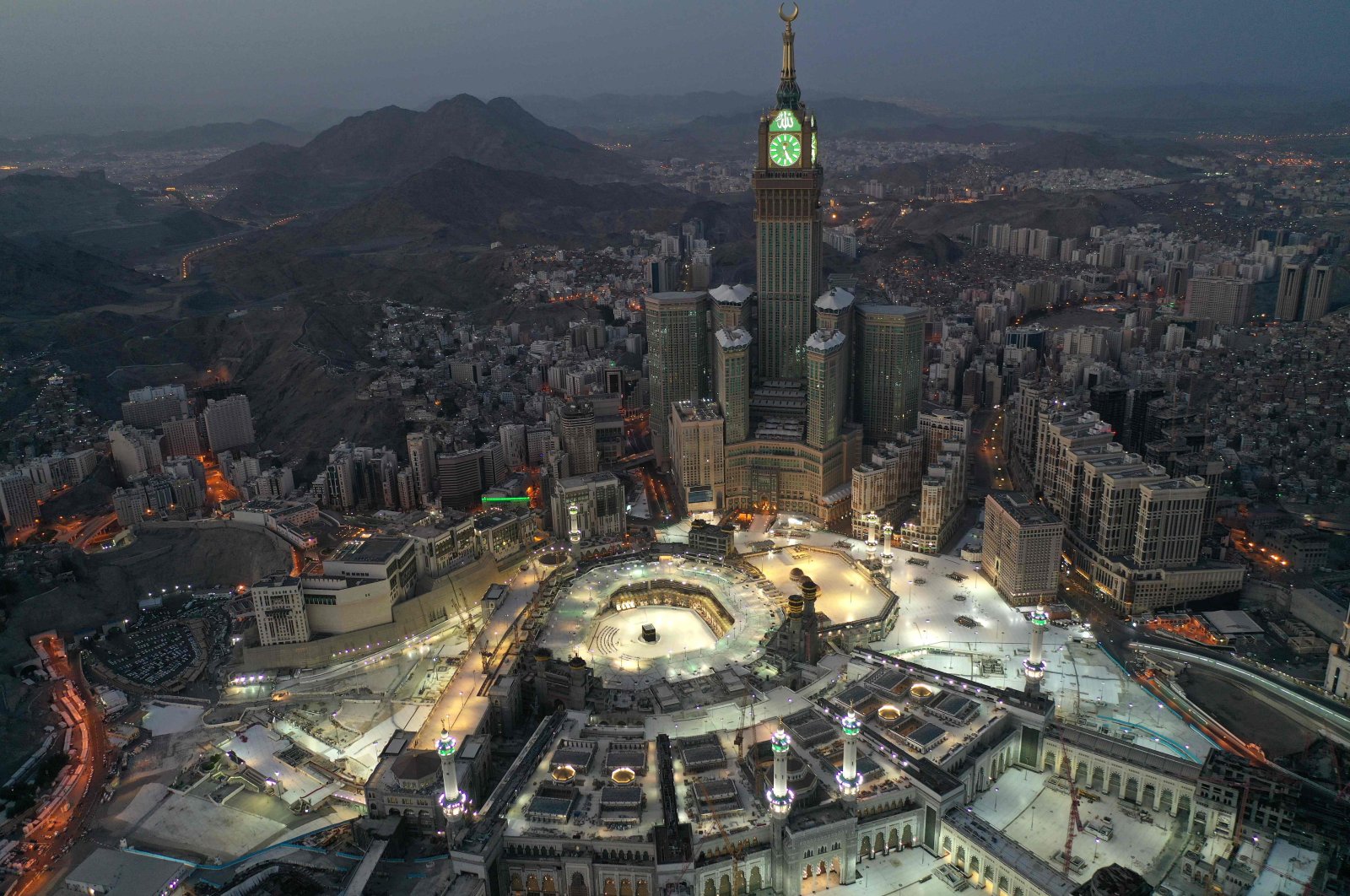 An aerial view of Saudi Arabia's holy city of Mecca, with the Abraj al-Bait Mecca Royal Clock Tower overlooking the Grand Mosque and Kaaba in the center, is seen during the early hours of Ramadan Bayram, the Muslim holiday marking the end of the holy fasting month of Ramadan, May 24, 2020. (AFP Photo)
by Compiled from Wire Services May 28, 2020 11:52 am

The first phase will begin on May 31, when entering and exiting Mecca will be allowed between 6 a.m. to 3 p.m., the Interior Ministry said in a statement.

Friday prayers and other congregational prayers at the Grand Mosque (Masjid al-Haram) will continue in line with existing health measures, the statement said.

The second phase will begin on June 21 when citizens will be allowed outside between 6 a.m. to 8 p.m.

The statement also said that coiffeurs and barbers will not be allowed to open yet while weddings and funerals can be attended by 50 people at most.

Saudi Arabia had barred entry or exit from Riyadh, Mecca and Medina on March 25 to stem the spread of the coronavirus.

Since the coronavirus emerged last December in the Chinese city of Wuhan, it has spread to at least 188 countries and regions.

There are more than 5.6 million confirmed infections globally with nearly 355,000 deaths, while an excess of 2.3 million people have recovered.