Muslim pilgrims quarantined in run-up to limited Hajj amid pandemic 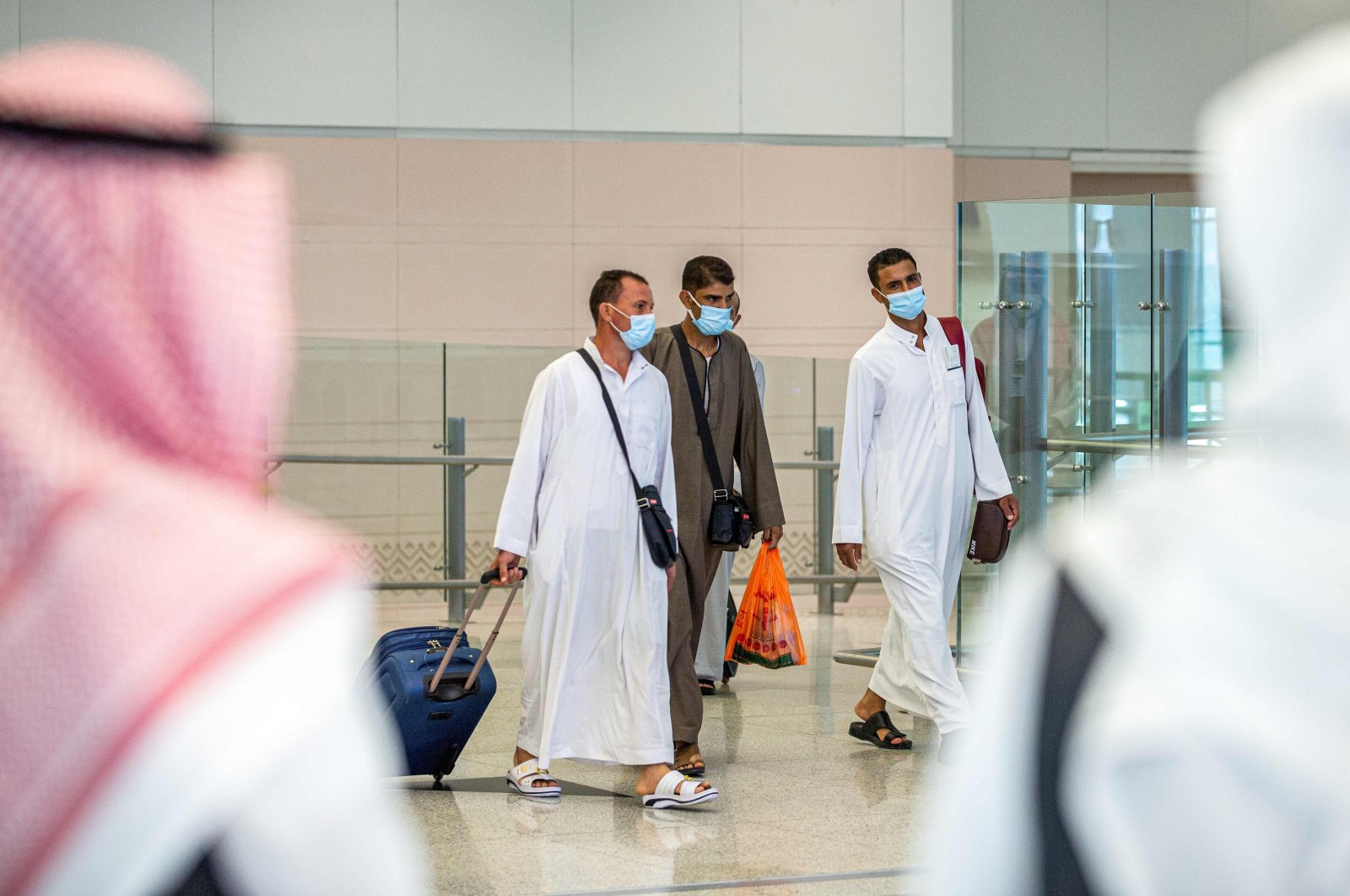 A handout picture provided by the Saudi Ministry of Hajj and Umra on July 25, 2020, shows travellers, mask-clad due to the COVID-19 coronavirus pandemic, walking with luggage as part of the first group of arrivals for the annual Hajj pilgrimage, at the Red Sea coastal city of Jeddah's King Abdulaziz International Airport.(AFP Photo)
by German Press Agency - DPA Jul 25, 2020 7:31 pm
RECOMMENDED

Muslim pilgrims in Saudi Arabia were placed under quarantine on Saturday as a precaution against the spread of the novel coronavirus ahead of next week's annual Hajj pilgrimage season – curtailed this year for fear of the virus.

Saudi Arabia has drastically limited the number of Muslims attending this year's Hajj, usually one of the world's largest gatherings of people, saying that only a few thousand from inside the kingdom could perform it.

More than 2 million Muslims from across the world attended the Hajj last year, according to official estimates.

On Saturday, an unspecified number of pilgrims flying from five Saudi cities, including the capital Riyadh, arrived at an airport in the Red Sea city of Jeddah amid health precautions, the state news agency SPA reported.

They were later bused to the holy city of Mecca where they have been placed under quarantine until Wednesday when the five-day Hajj rituals begin.

One of the five pillars of Islam, the Hajj is a mandatory duty for all Muslims to make once in a lifetime if they have the financial and physical means to do so.

This year, Saudi Arabia banned pilgrims from outside the kingdom in a bid to limit the spread of the coronavirus.

While the monarchy has lifted a strict curfew and most restrictions it imposed for several weeks, international flights remain suspended.

The kingdom has the highest number of confirmed Covid-19 cases in the Arab world, with nearly 265,000 infections. More than 2,700 people have died there due to the respiratory disease caused by the virus.