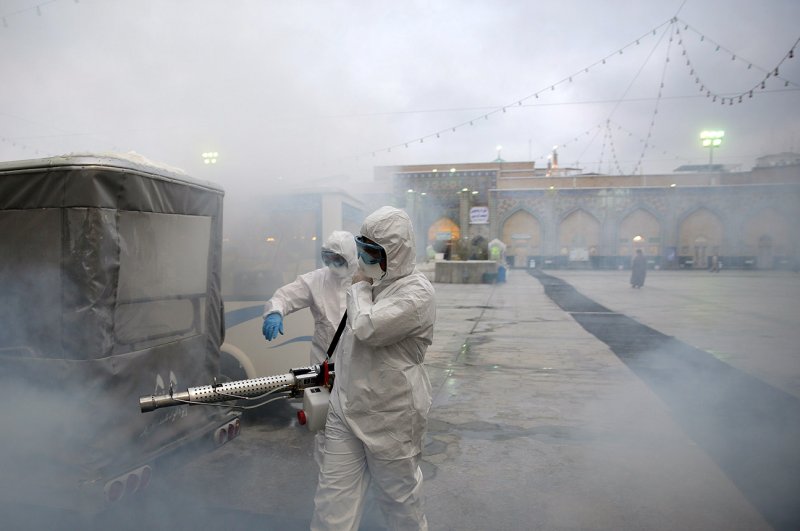 As Iran suffers the highest mortality rate from the disease outside China, the coronavirus outbreak has spread to almost all provinces, making the country the main center of contamination in the region

Amid efforts to contain the rapid spread of the biggest coronavirus outbreak in the region, Iranian President Hassan Rouhani announced that the virus has affected almost all of Iran's provinces.

The country has become the hotbed for the coronavirus in the region and exporter of the virus outside China, where the outbreak began.

Iran's health ministry has so far reported 92 deaths from the coronavirus, the highest outside mainland China. It also said nearly 2,922 people had been infected with the coronavirus. Among those infected was first Vice President Eshaq Jahangiri, the IranWire news site reported, citing an "informed source."

Dozens of Iranian officials, including at least 24 deputies, have been infected with coronavirus since the outbreak was first announced two weeks ago. The government reported one senior official died Monday.

On Wednesday, Iran’s Industry, Mining and Trade Minister Reza Rahmani was tested positive for the coronavirus, known as COVID-19. He remains at the intensive care unit at Tehran's Imam Khomeini Hospital, according to the online news site, Asriran.

Meanwhile, Rouhani dismissed a U.S. offer to help the Islamic republic fight the coronavirus outbreak, charging that "vicious" American sanctions are depriving the country of medicine.

U.S. President Donald Trump had said Saturday he was ready to aid Iran with the virus outbreak if the Islamic republic asked for assistance. "Our people know well that you are lying," Rouhani said in response, speaking at the weekly meeting of his cabinet in remarks aired on state television.

Washington pulled out of a landmark nuclear deal and reimposed crippling sanctions on Tehran in 2018. Humanitarian goods, especially medicine and medical equipment, are technically exempt. But international purchases of such supplies are forestalled by banks wary of conducting any business with Iran for fear of falling foul of the U.S. sanctions. Rouhani said the U.S. must first lift sanctions blocking medicine purchases to prove its honest intent to help.

As Italy emerged as one of the coronavirus hotspots, the country's tourism sector has been hit particularly hard, with lots of airlines cutting or reducing flights to the north, where the outbreak is concentrated, and hotels reporting widespread cancelations while monuments and museums lie eerily empty.

Some 79 people have died so far from the highly contagious illness in Italy, with more than 2,500 confirmed cases.

The Italian government is considering closing schools all over the country, but no decision has been taken yet, a government source said Wednesday.

At the moment only schools in the northern regions, most affected by the epidemic, remain closed.

As more countries announced their first cases of the virus, two cases were confirmed among the staff at European Union institutions in Brussels on Wednesday.

A spokeswoman for the European Defense Agency, Elisabeth Schoeffmann, confirmed that a male public servant at the agency had returned from Italy on Feb. 23 and subsequently tested positive. Meetings at the headquarters of the Brussels-based agency have been canceled until March 13, Schoeffmann said. The other victim works in a security unit of the European Council, which represents EU member states, and is believed to have been in contact with a previous case in Belgium.