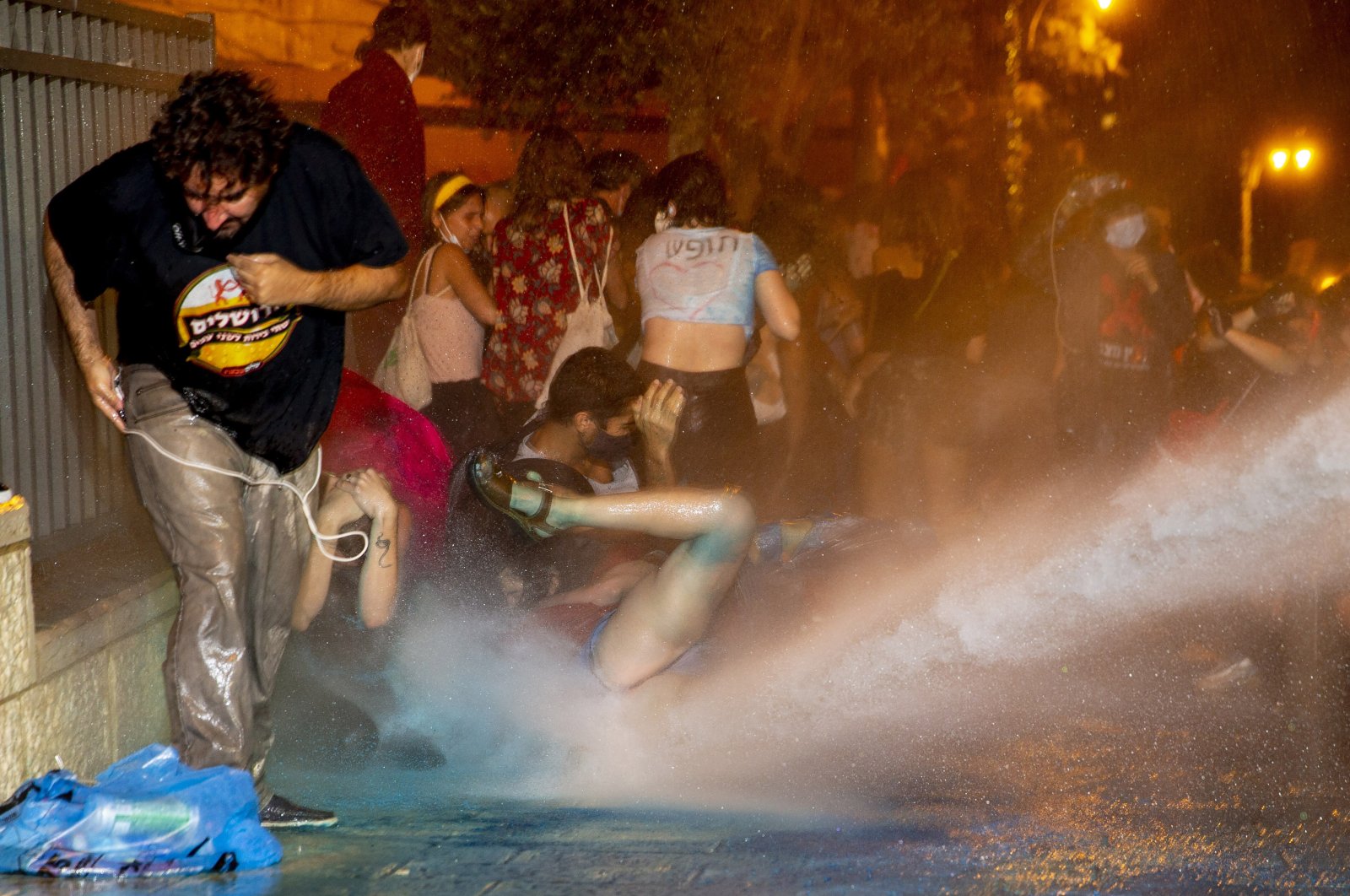 Police use a water cannon to disperse demonstrators during a protest against Israel's Prime Minister Benjamin Netanyahu outside his residence in Jerusalem, July 22, 2020. (AP Photo)
by German Press Agency - DPA Aug 03, 2020 7:21 pm
RECOMMENDED

The son of Israeli Prime Minister Benjamin Netanyahu on Monday said that his father was amused by the growing protests against him and the Israeli government.

"It entertains him. The truth is, it even gives him some strength," 29-year-old Yair Netanyahu told Israel Airwaves radio.

"He sees the images that we all see, of those aliens in the protests. It makes him laugh," he said, a reference to the costumes worn by many of the demonstrators.

The younger Netanyahu is known for being outspoken and making controversial statements.

On Sunday, an Israeli court ordered the prime minister's son to delete a tweet with the personal details of protest leaders, who said they were harassed by Netanyahu supporters by phone afterward.

Weekly demonstrations each Saturday after sunset have drawn growing numbers of Israelis, who are angry with the government's "mismanagement" of a second wave of coronavirus infections and the economic impact of the pandemic.

The economic protesters have been joined by political demonstrators, who demand Netanyahu step down while he stands on trial for corruption, until he proves his innocence.

Many young Israeli protesters, who currently have little chance of entering the workforce after finishing their studies, are finding creative ways to protest by dressing up, beating drums, singing and dancing in a Carnival-like atmosphere.

Last Saturday, a rally in central Jerusalem drew at least 10,000 protesters, with thousands more protesting elsewhere in the country.