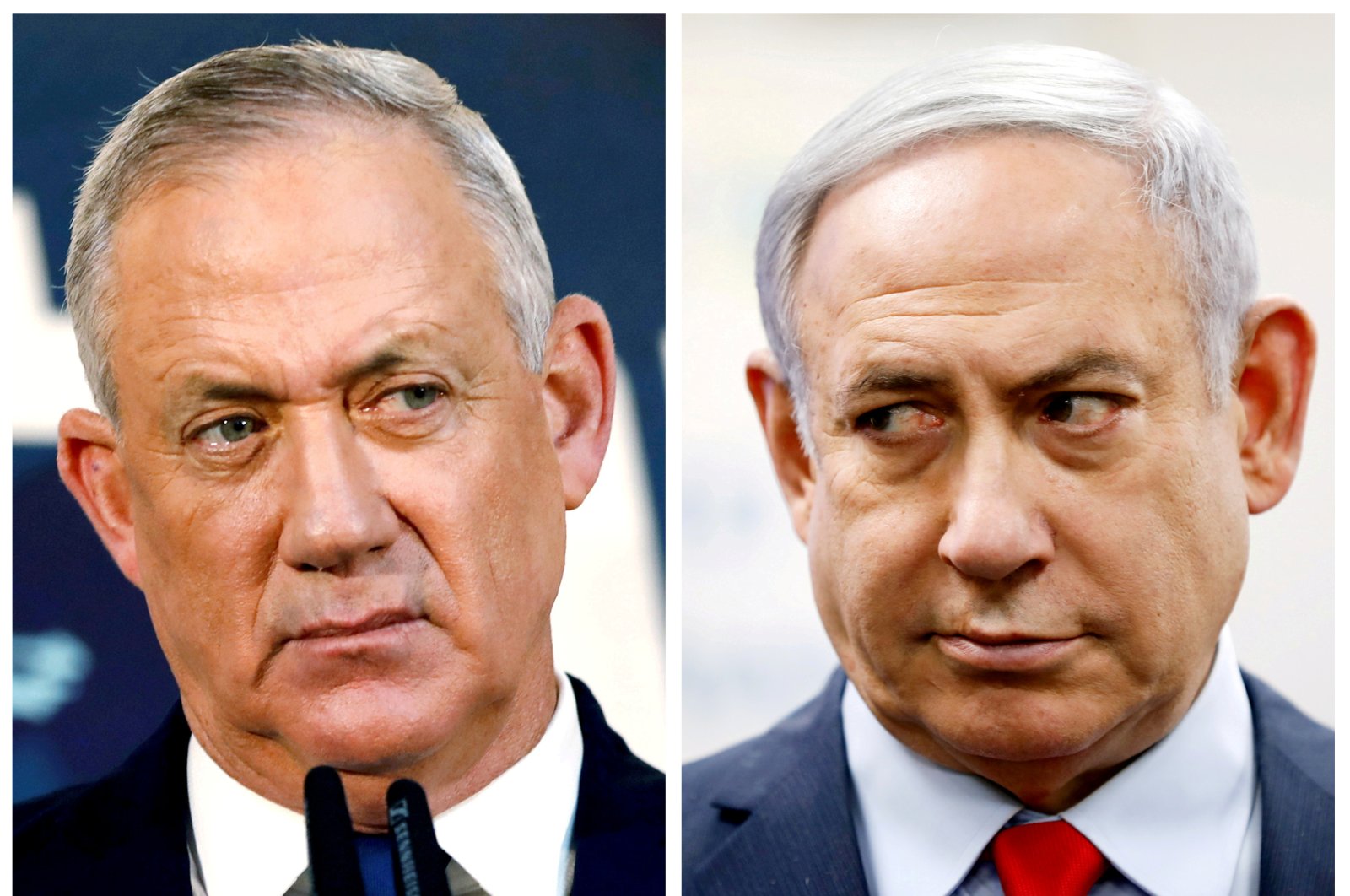 Israeli Prime Minister Benjamin Netanyahu and his chief rival met Tuesday in a final effort to finalize an agreement on an emergency government that would tackle the coronavirus threat and prevent yet another costly and divisive election amid the crisis.

The meeting between Netanyahu and former military chief Benny Gantz followed an overnight session in which the two asked for, and received, a deadline extension from President Reuven Rivlin to try to complete the talks.

Both Netanyahu and Gantz reported “significant progress” in their negotiations and Rivlin, whose duties include overseeing coalition negotiations, said he was convinced they were close and gave them two more days to wrap up a deal, till midnight Wednesday.

Should they fail, the clock will start ticking toward the dissolution of parliament and a possible, yet still seemingly improbable, fourth election in just over a year.

Last month's election, just like the previous two, ended with no clear winner. But with a slight majority of lawmakers, Gantz got the first shot at building a coalition and appeared poised to move forward with legislation that would have disqualified the indicted Netanyahu from serving as prime minister in the future. Gantz repeatedly vowed not to sit in government with Netanyahu because of the criminal corruption charges against the prime minister.

But with the virus crisis worsening, and his own shaky alliance fraying, Gantz made an about-face late last month and accepted an offer from Netanyahu to pursue a joint government to deal with the pandemic. The move drew heavy criticism from Gantz's supporters and caused his Blue and White alliance to crumble, leaving him with a faction of only about half its original size.

Israel has reported over 11,800 cases and at least 117 deaths from the outbreak, which has paralyzed the economy, shuttered Israelis in their homes and driven unemployment to record highs.