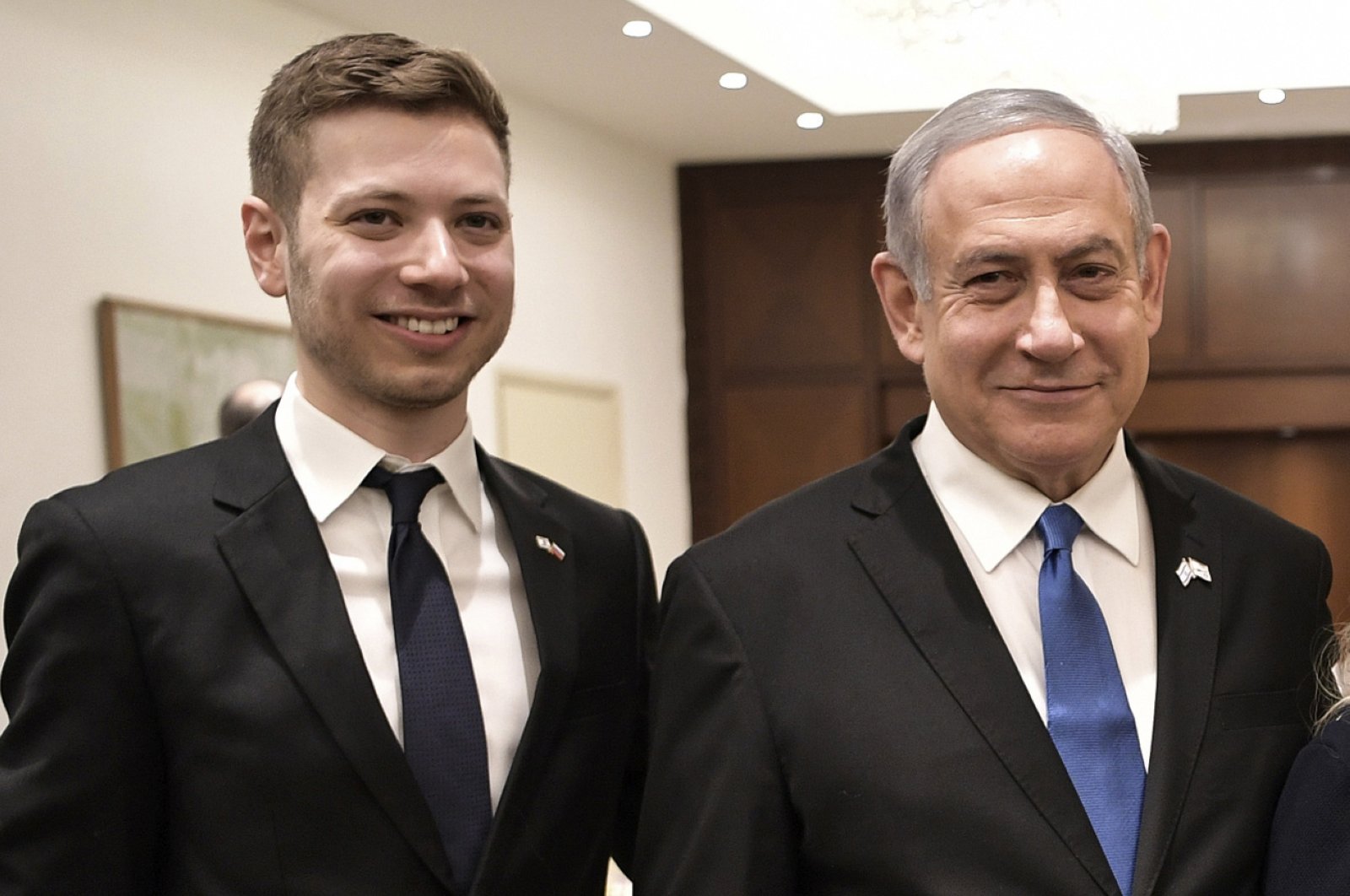 As scandal-plagued Prime Minister Benjamin Netanyahu stands trial for corruption, his 28-year-old son has emerged as a driving force in a counterattack against critics and the state institutions prosecuting the longtime Israeli leader.

A favorite of the prime minister’s nationalistic base and far right leaders around the world, Yair Netanyahu has become a fixture in the news, clashing with journalists on social media, threatening lawsuits against his father’s adversaries and posting online content deemed so offensive that Facebook briefly suspended his account.

In the past month alone, he has called to banish minorities from Tel Aviv, tweeted a discredited conspiracy theory that former President Barack Obama was born in Kenya and intimated that a critical Israeli broadcast journalist slept her way up to her coveted job.

But his toughest broadsides have been directed at the Israeli media, judiciary and law enforcement for conducting what he has called a leftist, ideological crusade to topple his father. He’s called for the attorney general to be investigated for his “crimes,” compared the police chief to fictional mob boss Tony Soprano and described investigators as the Stasi, Gestapo and “the political police of the Israeli junta.”

It’s part of a campaign, echoed to a lesser degree by his father, that critics warn is eroding public faith in Israel’s democratic institutions.

“We would love to just disregard him as a curiosity, as this difficult kid who keeps embarrassing his father. But the truth is there is evidence that he is very influential,” said Raviv Drucker, a well-respected investigative TV reporter and favorite target of the Netanyahus, whom both father and son recently tweeted they would like to see imprisoned. “He holds very extreme positions and it affects the prime minister’s actions.”

Though he holds no official position, Yair Netanyahu is considered a key adviser and the mastermind of his father's increasingly confrontational social media strategy.

Netanyahu faces charges of fraud, breach of trust and accepting bribes in a series of corruption cases stemming from ties to wealthy friends. He denies the charges, which follow years of scandals swirling around the family.

For years, it was his wife, Sara, who drew most of the fire because of her extravagant tastes, misuse of state funds and alleged abuse of her staff. But recently, his eldest son has taken center stage. He’s figured prominently in various scandals while earning a reputation of living a life of privilege at taxpayers’ expense.

Australian billionaire James Packer, one of the figures in the prime minister’s corruption indictments, reportedly gave the younger Netanyahu gifts that included stays at luxury hotels in Tel Aviv, New York and Aspen, Colorado, as well as the use of his private jet and dozens of tickets for concerts by Packer’s former fiancée, Mariah Carey. Nir Hefetz, a former Netanyahu aide turned state witness against him, told police that Yair Netanyahu was the major instigator of the bribery case against his father.

Yair Netanyahu has also sparked controversy by posting an anti-Semitic caricature aimed at his father’s critics, vulgarly confronting a woman who told him to pick up after his dog at a park, and tweeting that he hoped elderly leftist protesters would die of COVID-19.

The prime minister has been forced to denounce some of his son’s behavior, like a particularly lewd outing to a strip club with wealthy friends. But generally, he staunchly defends his son.

Anshel Pfeffer, a columnist for the Haaretz daily and author of a recent biography of the prime minister, said Yair Netanyahu enables his father to test boundaries of what the public will accept.

“If he goes too far, they can say it’s only Yair," he said. "It gives him deniability, creates a gray area and blurs the lines on what the prime minister is saying on the record.”

Yair Netanyahu was only 4 when his father first became prime minister in 1996 and has grown up in the limelight. During his compulsory army service, he was assigned as a liaison to foreign media. He was once court-marshaled for taking an unauthorized furlough.

He’s volunteered for local animal welfare organizations and briefly worked as a social media director for an Israeli nongovernmental organization (NGO) providing legal services to victims of Palestinian attacks. But he was put on leave after attacking Israel’s figurehead president for advocating Jewish-Arab coexistence.

As a private citizen, Yair Netanyahu has published op-eds for Breitbart, gone on U.S. and European speaking tours and voiced support for right-wing extremists in the U.S. and Europe. He has earned their praise in return.

Supporters claim he is a victim of the same people targeting his father. But the media have largely ignored his older half-sister Noa and his younger brother Avner, an unassuming 26-year-old university student who generally keeps to himself.

Yair Netanyahu, who still lives with his parents and declined to comment, claims to have no political aspirations. In his lone interview to Israeli media, he lamented last year to the pro-Netanyahu Channel 20 about the cost his family pays for their status. He said the three years his father was out of politics in the early 2000s were their happiest ever.

“My father decided to put the good life he had aside and get back into all this mud because of his calling,” he said. “My only political involvement is what you see on my private Facebook and Twitter.”

On Twitter, where he has more than 80,000 followers, he lashes out dozens of times a day and his feed often dictates the following news cycle. Facebook blocked his account for 24 hours in 2018 for sharing banned content and writing that he would prefer an Israel without Muslims.

His brand of provocation has proven irresistible to politicians, journalists and commentators alike, many of whom have been drawn into bouts of mud-slinging with him. Even so, at least a half dozen of his former targets refused to comment, citing his unofficial role and litigious nature.