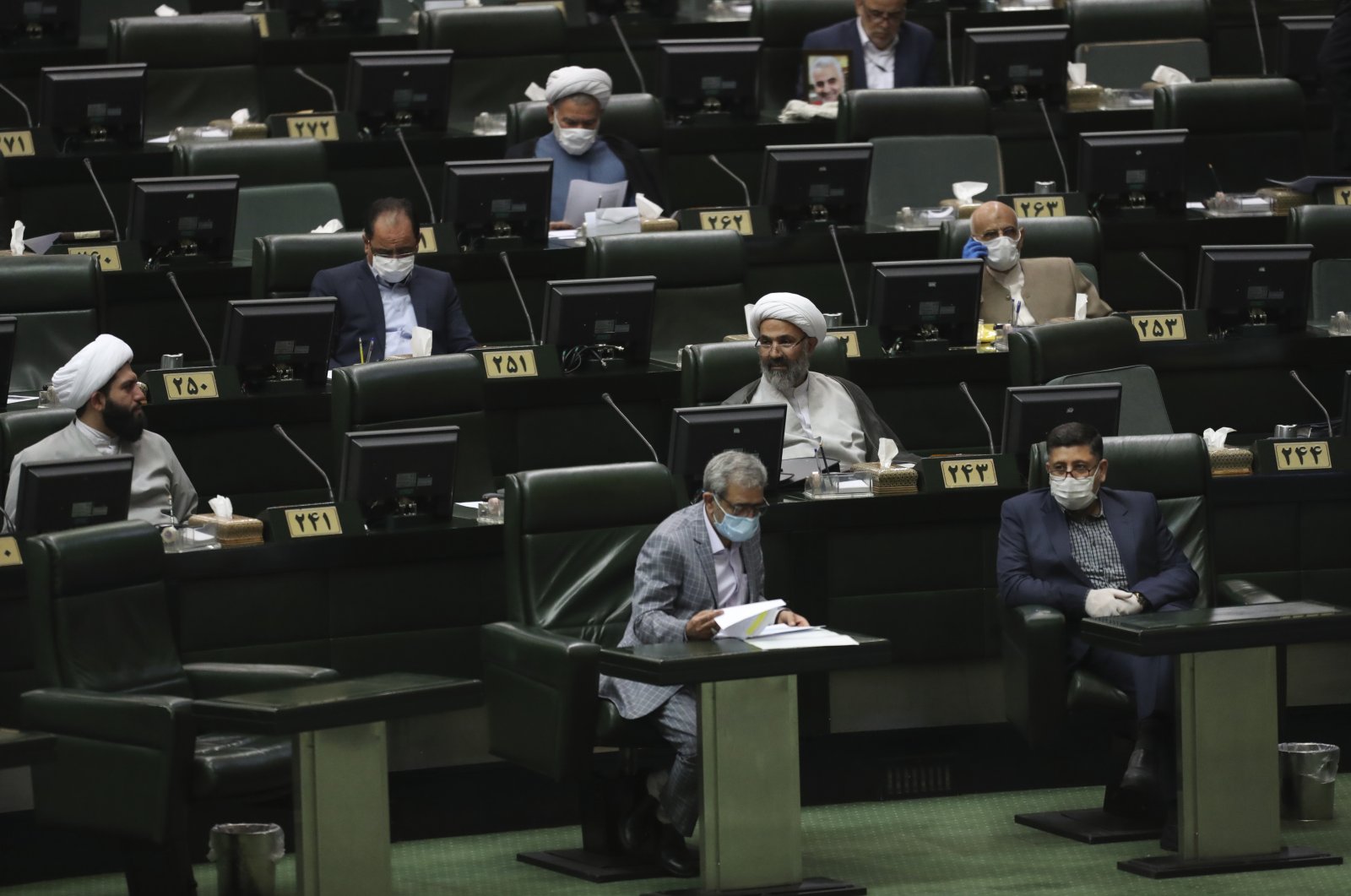 Amid the COVID-19 pandemic, the 268-member newly elected Iranian parliament began its session on Thursday.

Lawmakers wore masks and observed health protocols, even though many did not practice social distancing inside the lobby.

Soon after arriving at the parliament building, health teams checked temperatures and tested lawmakers before they were let in.

Iran's state-run media said all lawmakers had tested negative for the coronavirus, even as the country has witnessed a sharp spike in new cases in recent weeks.

One of the worst-hit countries in the COVID-19 outbreak, Iran has so far reported 143,849 cases with 7,627 deaths, according to the U.S.-based Johns Hopkins Coronavirus Resource Center.

The new parliament was elected in February but several run-offs were postponed as the pandemic swept the country. The second round of elections, scheduled for March 18, was initially postponed until Sept. 12 and then deferred until 2021.

The session elected Mohammad Baqer Qalibaf, a conservative lawmaker from the capital Tehran, as the new speaker. He secured 230 out of 264 polled votes, according to the official Islamic Republic News Agency (IRNA). A former mayor of Tehran, he has also served as a commander in the elite Revolutionary Guards and as police chief.

Qalibaf replaced Ali Larijani, a conservative reformist, whose 12-year stint as parliament speaker ended Tuesday. Speculations are rife that he will race to occupy the powerful position of the secretary of the country's top national security body.

The parliamentary elections were held on Feb. 21, two days after the first COVID-19 cases were reported in the country. The conservatives managed a clean-sweep, ending the domination of reformists, who ended up with a meager 6.9% of the popular vote, down from 41.7%. The conservative camp polled 76.2% votes, an increase from 28.6% in the last election.

The electoral exercise was also overshadowed by the disqualification of some candidates from the reformist camp by the country's powerful vetting body, the Guardian Council.

Due to the outbreak, elections witnessed the lowest ever turnout at 42.4%.

The elections were held in the backdrop of the anti-American wave in the country following the killing of Iran's top military commander, Qassem Soleimani, in a U.S. airstrike in early January.

Experts believe the sentiment worked to the advantage of hardliners, who had always resisted the moves of reformists to reach out to the U.S. for reconciliation.

Experts said the composition of the new parliament, dominated by conservatives, will make it harder for reformists currently governing the country to undertake policy decisions.

It is also likely to boost the chances of conservatives in the 2021 presidential election and further harden Iran's foreign policy.

On Wednesday, when President Rouhani took to the podium inside the parliament house (Majlis in Persian) to deliver his keynote speech, a big screen displayed pictures of Iran's former and present supreme spiritual leaders along with Soleimani.

Attempting to reach out to conservatives, Rouhani in his address said he does not want confrontation but friendship and collaboration. During the campaign for parliament polls, he had criticized the Guardian Council over the disqualification of reformist candidates and had antagonized the conservative lobby.

With speaker Larijani's exit, a confidante of Rouhani, experts feel it will be difficult for his administration to influence the parliament's decisions.

President Rouhani, a moderate politician and the architect of Iran's 2015 nuclear deal with western countries, has been under fire since the U.S. unilaterally withdrew from the pact in November 2018 and revived sanctions against Iran.

Iran's Supreme Leader Ayatollah Ali Khamenei, in his message to the new parliament, called on the lawmakers to focus on enhancing the livelihood of the people by addressing economic problems.