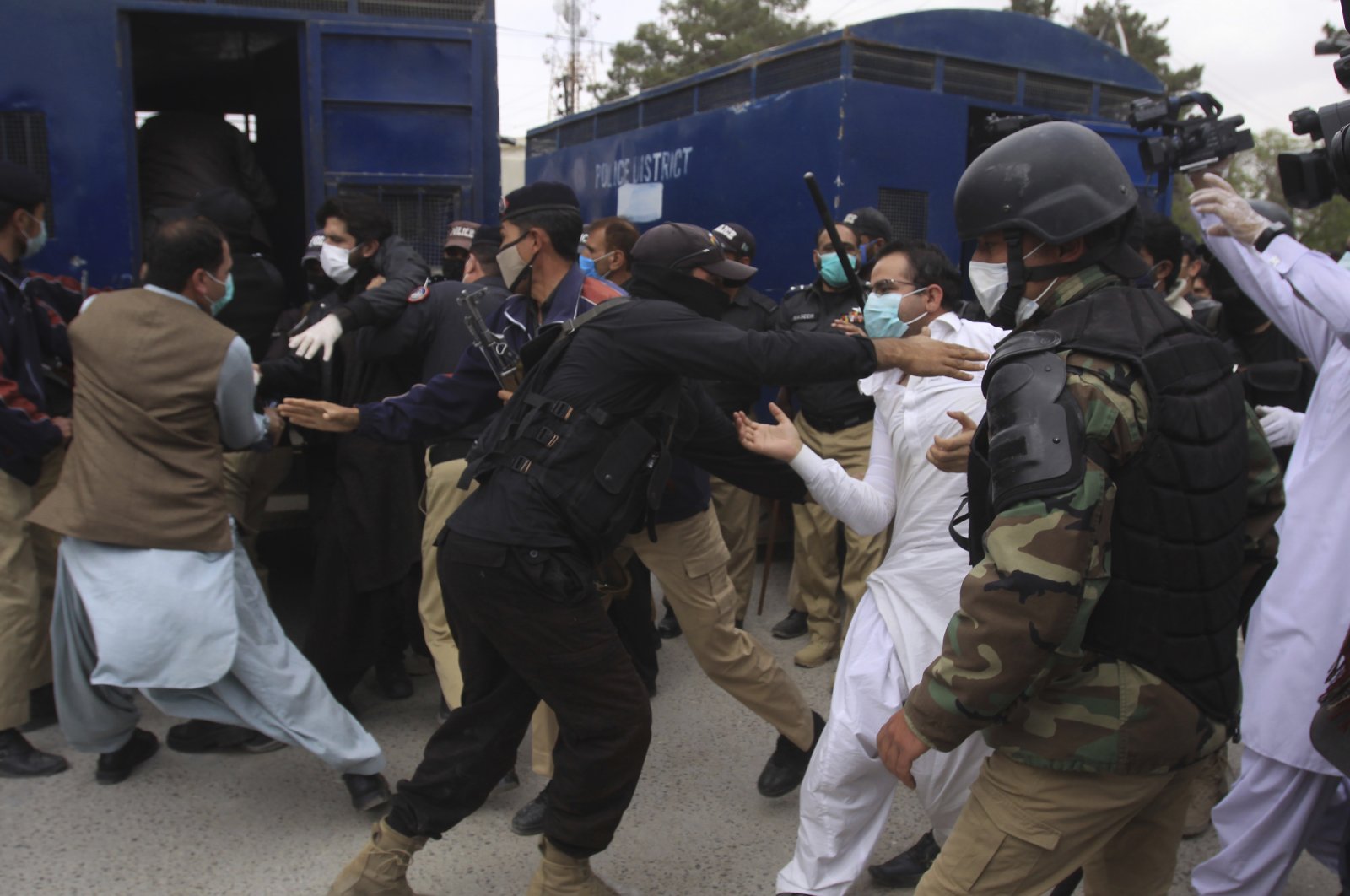 Riot police wielding batons used force to break up a protest by Pakistani doctors and medical staff against a lack of gear to protect against the coronavirus, arresting dozens of medics who say the government has failed to deliver promised supplies.

Reuters journalists at the scene, in the southwestern city of Quetta, saw hundreds of doctors and paramedics, some in face masks and scrubs, chanting their demands. Some were dragged off by riot police in helmets, armed with rifles and batons.

A senior police official said 30 protesters had been arrested for defying a ban on public gatherings imposed during a lockdown to fight the spread of the virus. Doctors threatened to stop working unless the detained protesters were released.

Pakistan has reported a total of 3,277 cases of the virus, including 50 deaths. At least 191 of these cases are in the vastly underdeveloped province of Balochistan, of which Quetta is the capital.

Dr Abdul Rahim, a spokesman for the doctors' association leading the protest, told reporters after the incident that the medics believed the failure to supply them with safety gear was putting them at risk.

“A dozen doctors have been infected while other medical staff is also suffering,” he said. He added that a number of doctors and paramedics had been injured in the baton charge.

Doctors in Pakistan's capital Islamabad last month also threatened to boycott duties if not provided protective gear, which has been in short supply. The country's disaster management authority has said it is being imported in batches.

A spokesman for the provincial government told Reuters hospitals in Quetta dealing with coronavirus had been provided protective gear, and the medics who were demonstrating were not those fighting the virus.

The doctors say they deal with hundreds of visiting patients daily who could be infected but are unaware and have not been referred to the hospitals and centers dealing with the coronavirus. Medical workers who have so far been infected do not all work at such centers.

Global rights watchdog Amnesty International’s South Asia wing condemned the arrests in a statement on Twitter, terming it an attack on the doctors’ right to peaceful protest and an affront to the risks they face.